Cluster of dockless bikes pulled from bottom of Sunset Cliffs 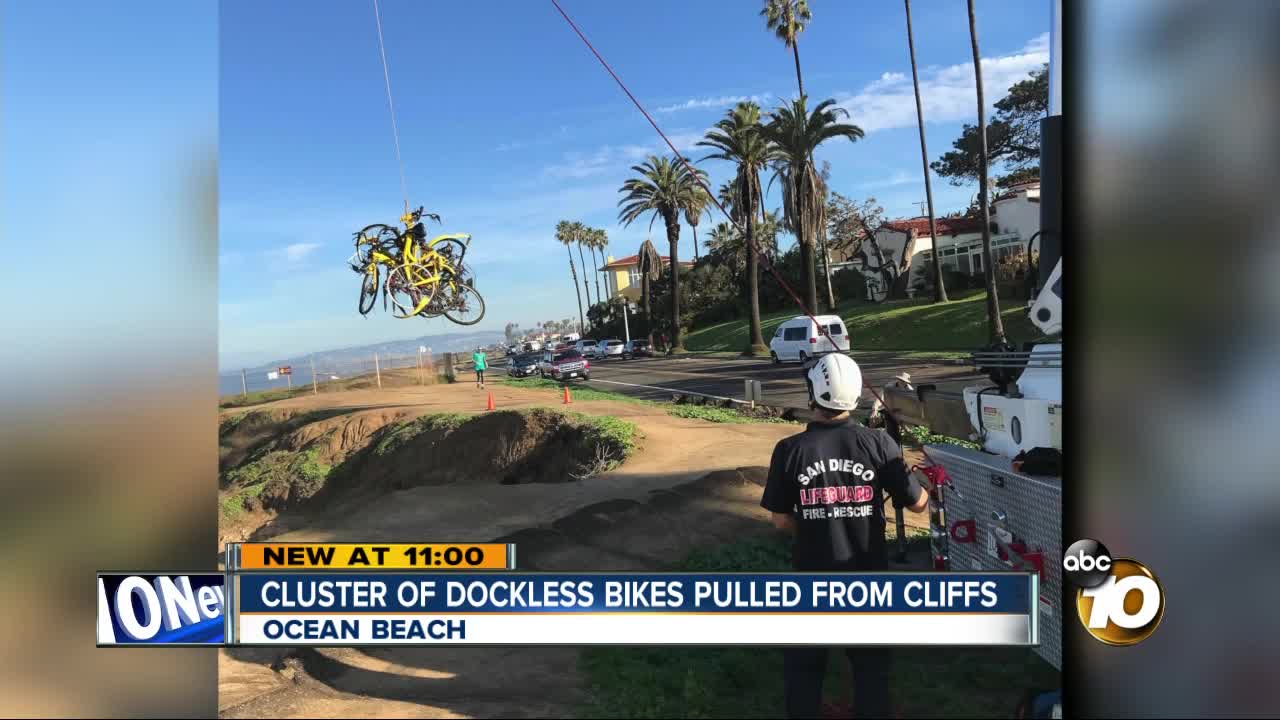 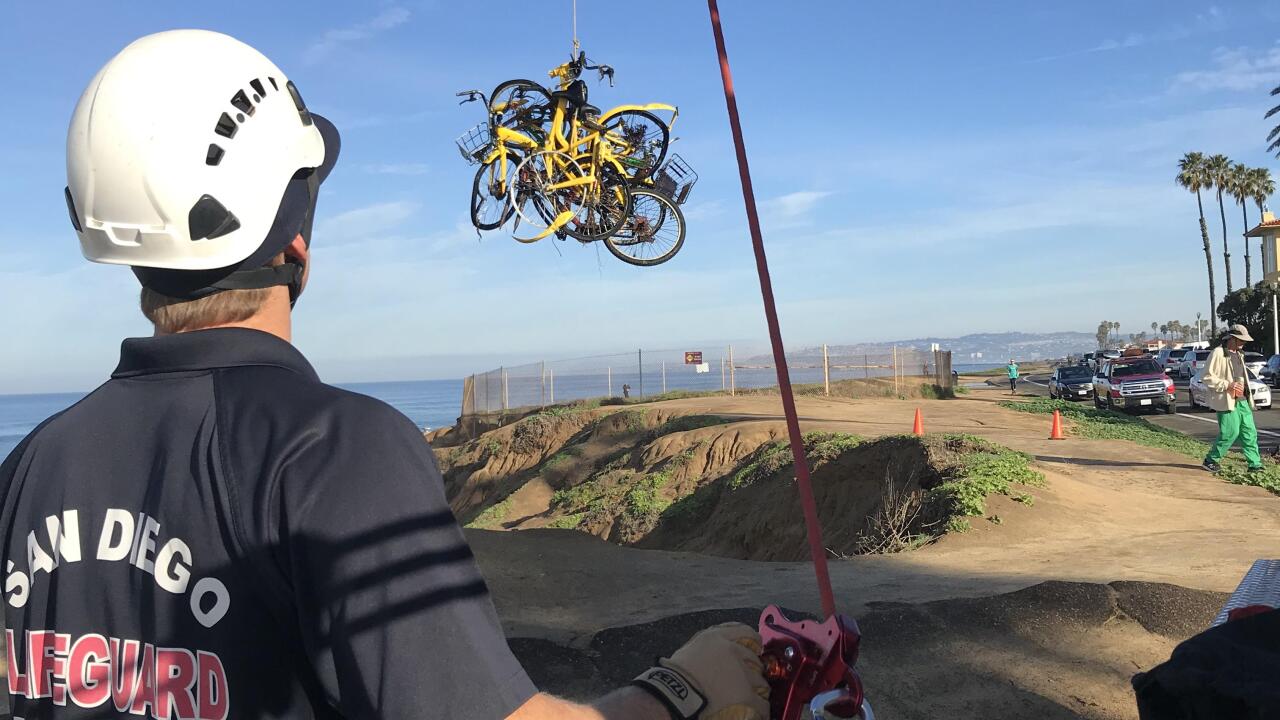 The bikes were in a cove at the bottom Sunset Cliffs Boulevard near Monaco Street.

Lifeguards were running a training exercise along the cliffs near a cove where surfers often wash onto and need rescuing.

They had the cliff rescue equipment out and were running simulations when they spotted the bikes. The machine is what they use to drop a rescuer down and pull out the person in need of help.

“We reconfigured the system and hauled about six bikes up,” Rob Eichelberger, with San Diego lifeguards said.

Lifeguards emphasized that no city resources were diverted to pull the bikes out since the equipment and personnel were already on site for training.

“We didn’t specifically assign the rescue apparatus to that, we were simply there, doing some training, and we took care of a problem we saw,” Rick Strobel, with San Diego Lifeguards, added.

They also added, that while it is not their job or responsibility to pick up discarded deckles bikes, they take pride in helping where they can.

The bikes looked to be a combination of Ofo and Lime bikes that had been there for weeks. There was one bike that did not seem to be a dockless rental bike and parts of another bicycle.