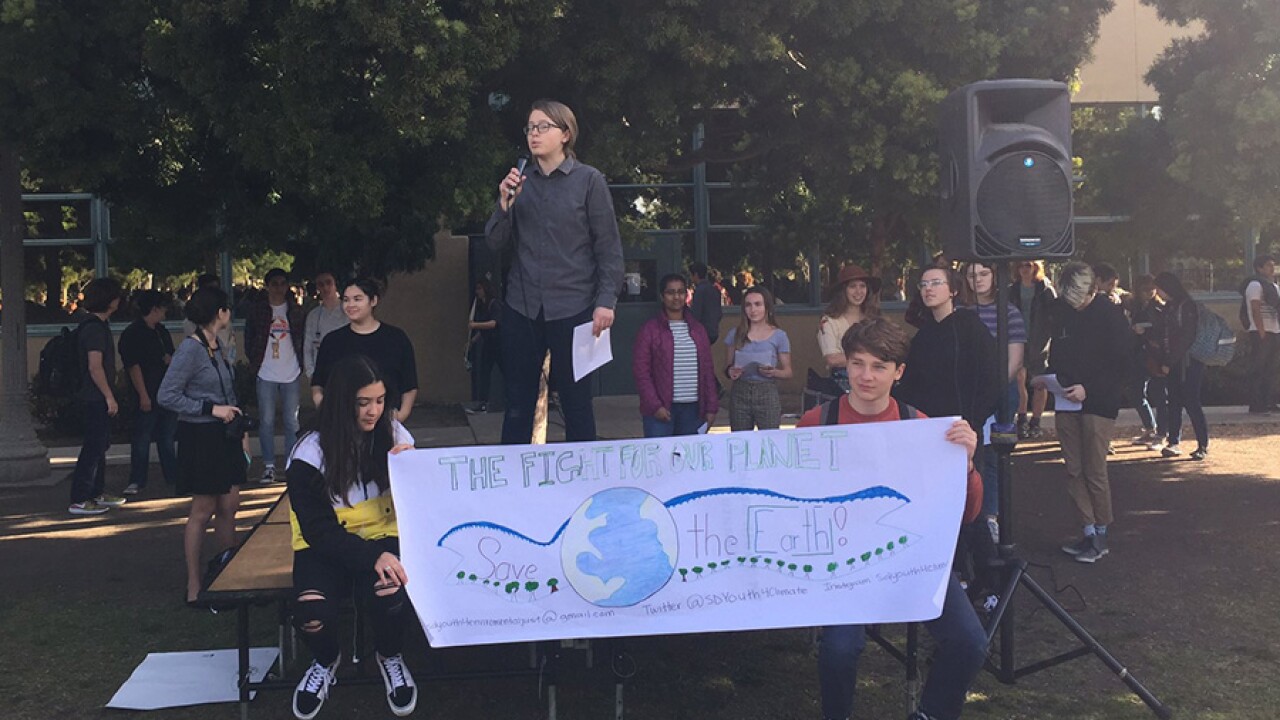 SAN DIEGO (CNS) - High school students around San Diego County will strike and rally Friday to call on local officials to support a Green New Deal to mitigate the effects of climate change.

Students at High Tech High and Hilltop High School plan to strike outside their schools, then head to San Diego City Hall to plead their case to city officials. The Hilltop High students also plan to make a stop at Chula Vista City Hall to call on city officials to back the proposal. Both efforts are part of the international Youth Climate Strike campaign.

Students plan to ask city officials to support the federal Green New Deal proposal as well as local policies that are in line with the concept. A Green New Deal, first proposed by Rep. Alexandria Ocasio-Cortez, D-New York, would significantly reduce the country's greenhouse gas emissions and shepherd the economy and energy sectors away from fossil fuels and toward carbon neutrality by 2030.

Local climate activists and organizations like the Climate Action Campaign have proposed localized versions of a Green New Deal. No local politician has committed to the idea for now, opting instead to support the region's suite of Climate Action Plans. Whether local officials change their tack on a Green New Deal as the San Diego region trends further to the left remains to be seen.