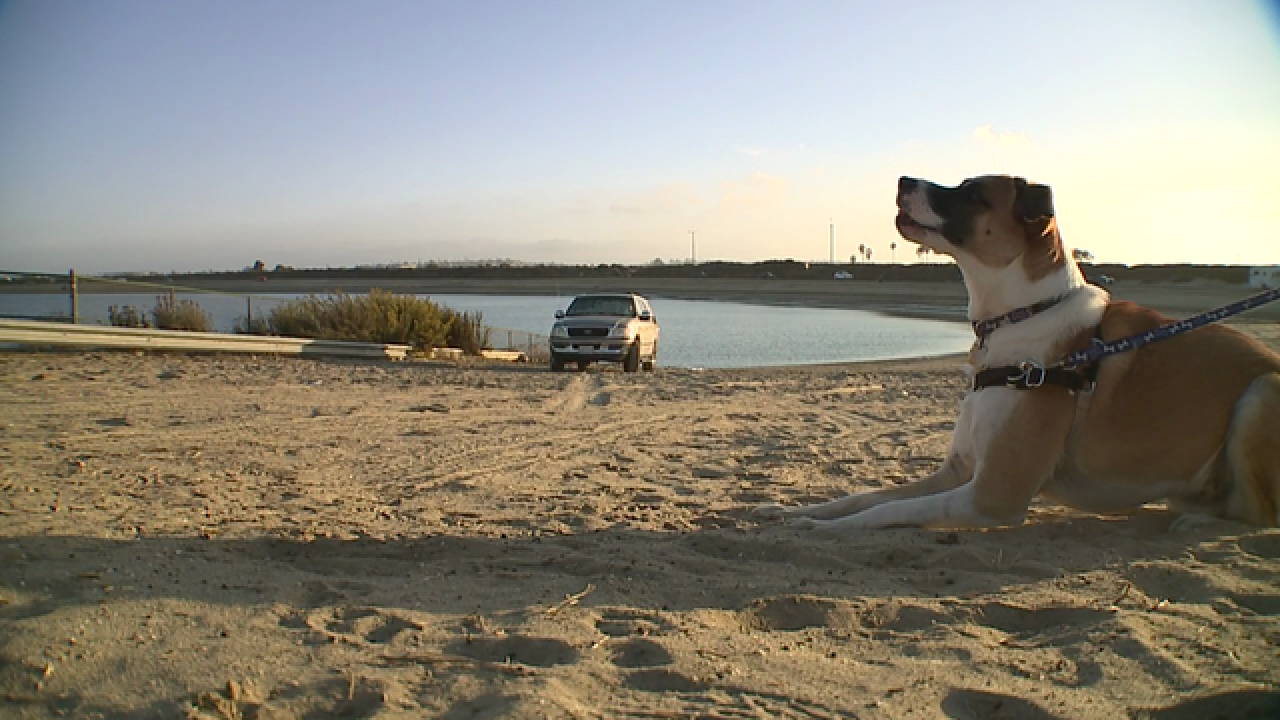 SAN DIEGO (CNS) - A proposal to add a fenced-in, off-leash dog park and walking trails at Fiesta Island in Mission Bay Park was vetted Thursday by the San Diego City Council's Environment Committee, which unanimously voted to send to the full council.

The committee considered two options for an amendment to the Mission Bay Park Master Plan, which guides future development of the area. Either option would update Fiesta Island, a partially undeveloped area of the park, by adding new amenities and park area to the island's southwest section.

The committee ultimately chose the plan dubbed "option B," which reserves much of the island's southwest area for a fenced-in, off-leash dog park and also includes parking areas and walking trails.

Option A would have allocated much of the southwest area for a fenced- in, off-leash dog park but would have also included a non-motorized boat launching area along the water, a road extension, larger parking facilities and a designated swimming beach for residents.

The Fiesta Island amendment to the Mission Bay Park Master Plan has been in development for roughly two years. Committee attendees, including members of the Fiesta Island Dog Owners group, overwhelmingly stated their support for option B.

City Councilman Scott Sherman said his office received roughly 30 calls and more than 300 emails in support of option B, due in part of members of FIDO posting his office's contact information. City Councilwoman Vivian Moreno also expressed appreciation for the public support for option B, particularly among dog owners.

"I am confident that city staff will be able to find a permanent location for non-motorized personal watercraft in other locations in Mission Bay Park," Moreno said. "But I don't think we need to destroy the experience of thousands and thousands and thousands of dog owners who use Fiesta Island right now in order to do so."

"It's important to preserve as much open space as possible," City Councilwoman Barbara Bry said of option B. "It doesn't require any expensive infrastructure and, most importantly, will preserve Fiesta Island as a gem and a magical place for San Diegans for generations to come."

The committee did not announce when the proposal will go before the full council.