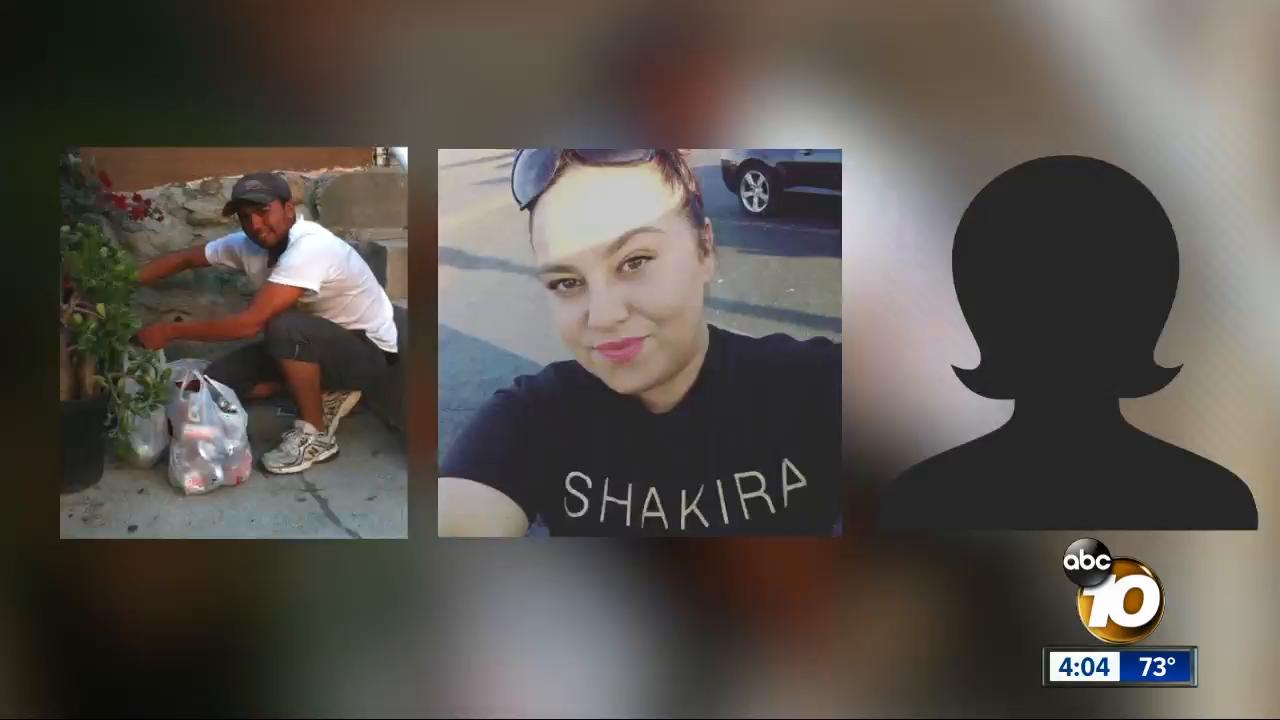 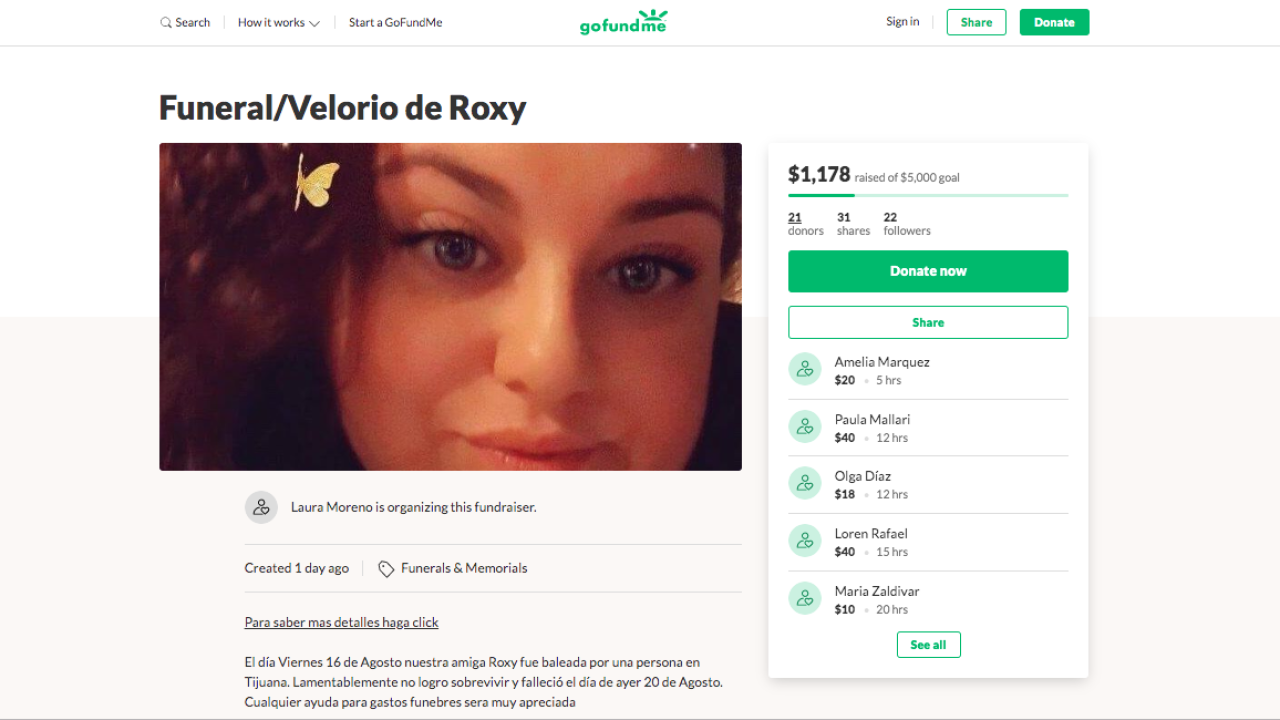 TIJUANA, Mexico (KGTV) -- Mexican authorities said a Chula Vista woman and her friend were gunned down at a family gathering in Tijuana. Investigators said the suspect is a Tijuana firefighter who shot at the two during a jealous rage.

The victim was identified as 32-year-old Roxana Diaz.

"She was always smiling, she was kind of crazy," said Diaz' cousin Ivett Corral. "A happy lady."

Tijuana investigators said Diaz went to visit a family friend, 39-year-old Carlos Roberto Trujillo, in Tijuana Aug. 15. They and another female friend met with several Tijuana firefighters at a get-together.

Early the next morning, the three friends headed to Trujillo's home at Colonia Union. Police said the three firefighters ambushed the group, shooting at Trujillo and Diaz, and kidnapping the other woman.

Trujillo died just outside his home. Diaz underwent surgery at Tijuana General Hospital but died Aug. 20 after she was transferred to UCSD Medical Center.

"I start crying a lot because she was like a sister to me," Corral said. "She was more than a cousin. We grew up together."

Police said after the firefighters kidnapped the woman, she screamed for help at a toll plaza on the way to Ensenada. Officers were alerted and arrested the firefighters.

Mexican investigators said the alleged shooter, identified only as 27-year-old Ricardo N., is the boyfriend of the woman he and his co-workers kidnapped. They said he was jealous that she was socializing with her ex-boyfriend Trujillo and Diaz.

Corral said Diaz was a long-time employee at Kentucky Fried Chicken on 3rd Street in Chula Vista. She worked hard to provide for her 16-year-old son.

Trujillo's family said he worked at the Tijuana Town Hall. He leaves behind three children.

Trujillo's family told 10News the suspects are being held in Ensenada on suspicion of kidnapping but have not been charged with the murders of Trujillo and Diaz.

The families of Diaz and Trujillo have established GoFundMe accounts.