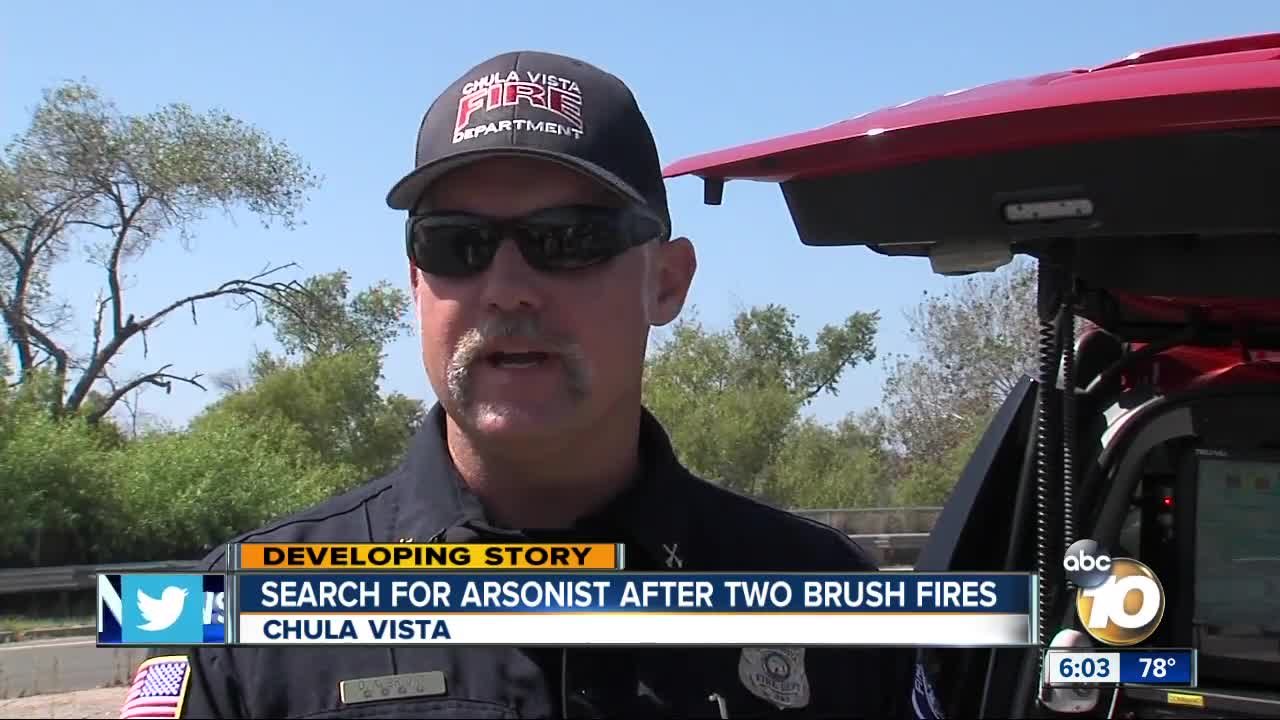 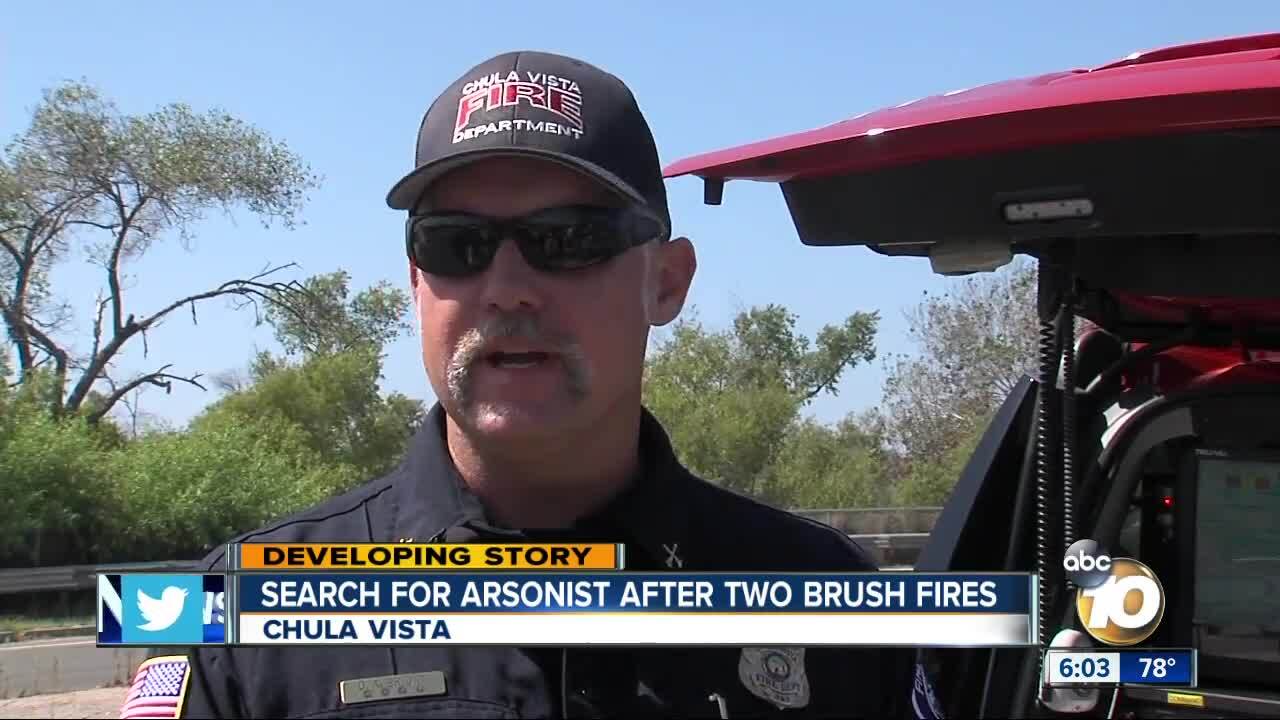 Fire crews responded around 2 in the afternoon to the area south of Main Street and east of Broadway. While crews were working to put out the fire, they received a call of a second fire in the same location.

The second fire presented more difficulties because of its location. Batallion Chief David Albright tells 10News, "it was kind of down in the slough, in the river bottom, so we were able to bring in a helicopter and make some water drops". Multiple water drops were made and fire crews had both fires out within an hour.

Chula Vista police are continuing their search for a possible arsonist. They believe there could be a connection to one of the homeless individuals living near the Otay River bottom.

San Diego County sheriffs also sent up their helicopter to look for a suspect in the brush but were unsuccessful.