Chula Vista man recovering after being bitten twice by rattlesnake 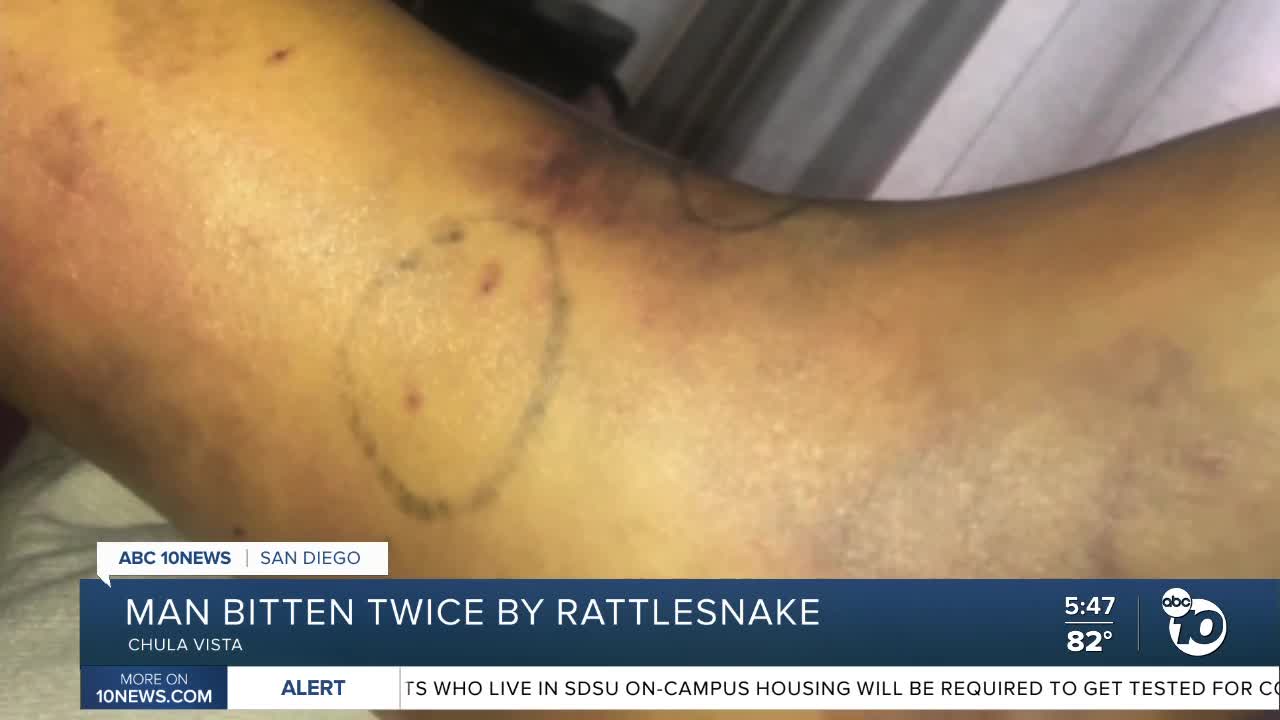 Chula Vista man is recovering after a painful encounter with a rattlesnake sent him to a hospital for several days. 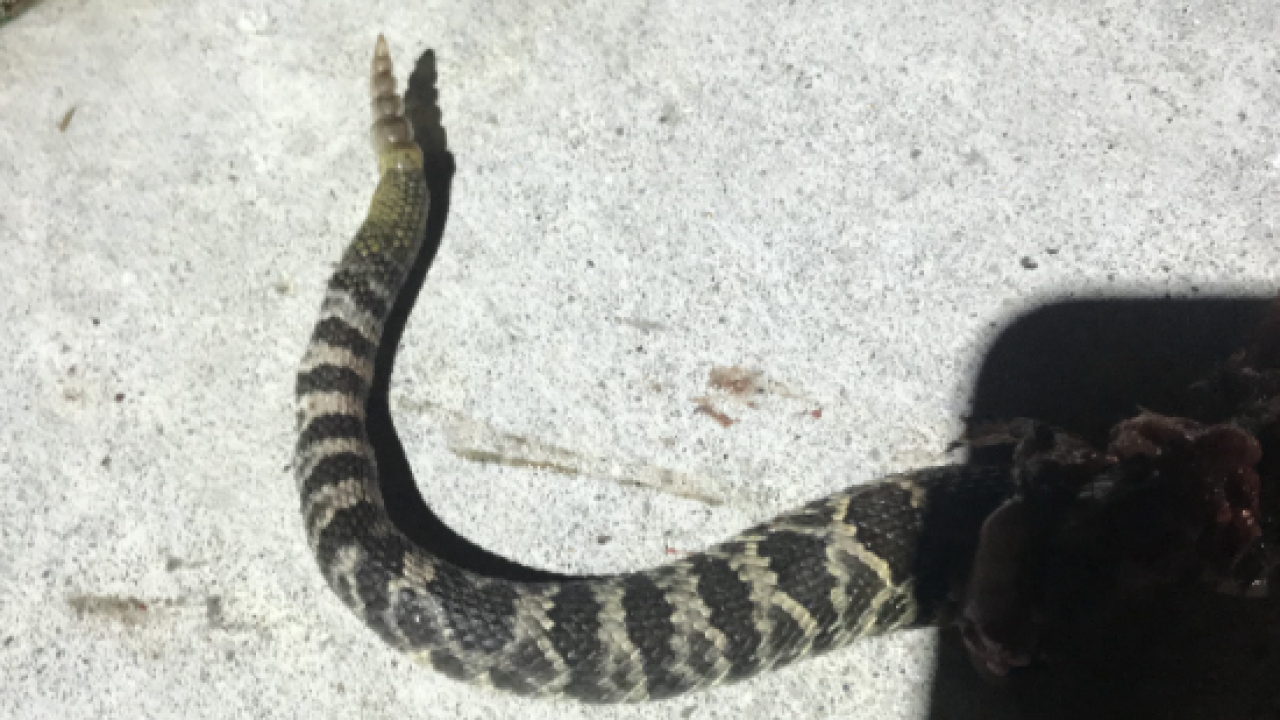 CHULA VISTA, Calif. (KGTV) - A Chula Vista man is recovering after a painful encounter with a rattlesnake sent him to a hospital for several days.

It happened in a quiet Eastlake neighborhood near a canyon. A week ago, along White Pine Ct., just before. 9 p.m., Lino Ayon was visiting a neighbor, inside a garage, when the neighbor pressed the remote. The door went up.

"As I stepped out, I felt like a pinch in my ankle area. Then I heard a rattle and by the time I said, 'Oh, that's a snake,' it bit me again," said Ayon.

His neighbor tracked it down and killed it: a 3-and-a-half-foot rattlesnake. Meanwhile, Ayon quickly started feel the effects of the bites.

"My body started getting numb, my face and my chin," said Ayon.

His left ankle -- where he had been bitten twice -- started to swell with pain. His speech was slurred.

"In my mind I knew what I wanted to say, but it wasn't coming out right," said Ayon.

He was brought to the ER, eventually receiving two doses of antivenin. He was released from the hospital two days later.

"Very scary, never in a million years did I think I was going to be bitten by a snake," said Ayon.

While rattlesnake bites for humans are fairly rare, experts say be on the lookout this time of year. It's birthing season, so there are more rattlers slithering about.

That is when Ayon had his encounter. From now on, he plans to use a flashlight when walking around at night.