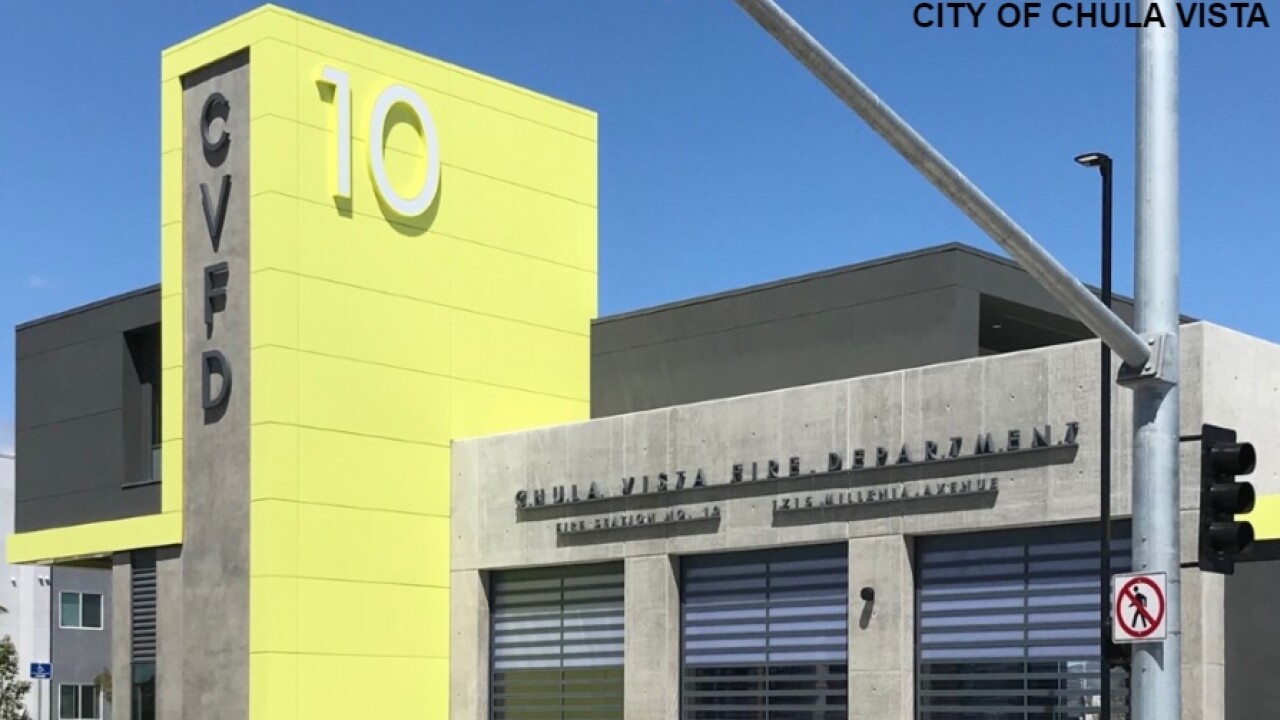 CHULA VISTA, Calif. (KGTV) – For the first time since 2006, Chula Vista is opening a new station for its fire department.

On Friday, May 22, the Chula Vista Fire Department’s Station 10 will be fully operational. The new station is located at 1715 Millenia Avenue in eastern Chula Vista.

City officials said the $8.1 million fire station, funded by Development Impact Fees, will serve the Millenia and Otay Ranch communities, and while four department members will initially be available per shift, the facility is designed to house up to 10 firefighters “for future needs of the area.”

The city also said the station will house the department’s Fire Engine 60, “with future plans to include a truck and an ambulance.”

“Normally we would have held a ribbon cutting ceremony to dedicate Station 10 and invite the community, but with the pandemic, that is not an option. However, the Chula Vista Fire Department is ready to serve the City of Chula Vista and we look forward to meeting our new neighbors in the future,” Chula Vista Fire Chief Jim Geering said.

The last station built for the fire department was Station 8 at 1180 Woods Drive, which opened in December 2006.

City officials said two new stations are under construction to replace existing stations. Station 5 is moving to 341 Orange Ave. and Station 9 is being constructed at 100 Moss St. Both stations are expected to be completed by mid-2021.