City has shut down 44 shops in past 3 years 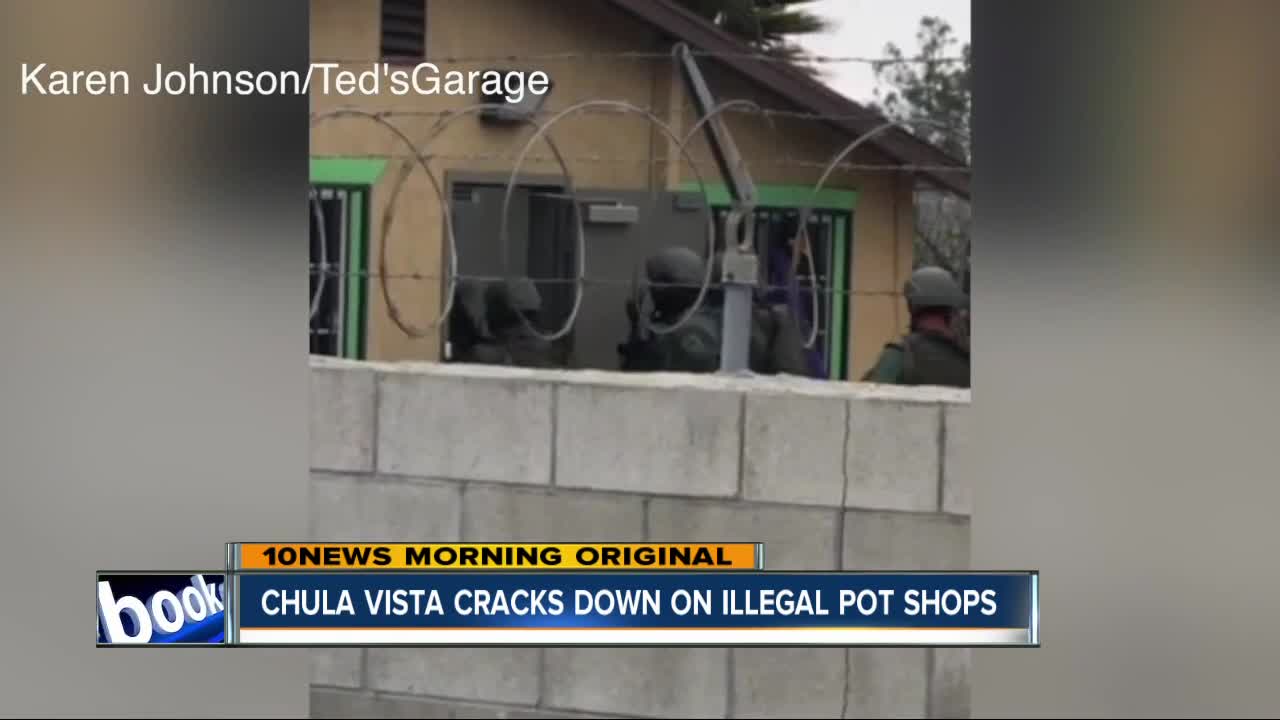 As the city of Chula Vista gets ready to license legal recreational marijuana sales, law enforcement and other agencies are cracking down on illegal pot shops. They've closed 44 in the past three years and have lawsuits filed against a handful of others. 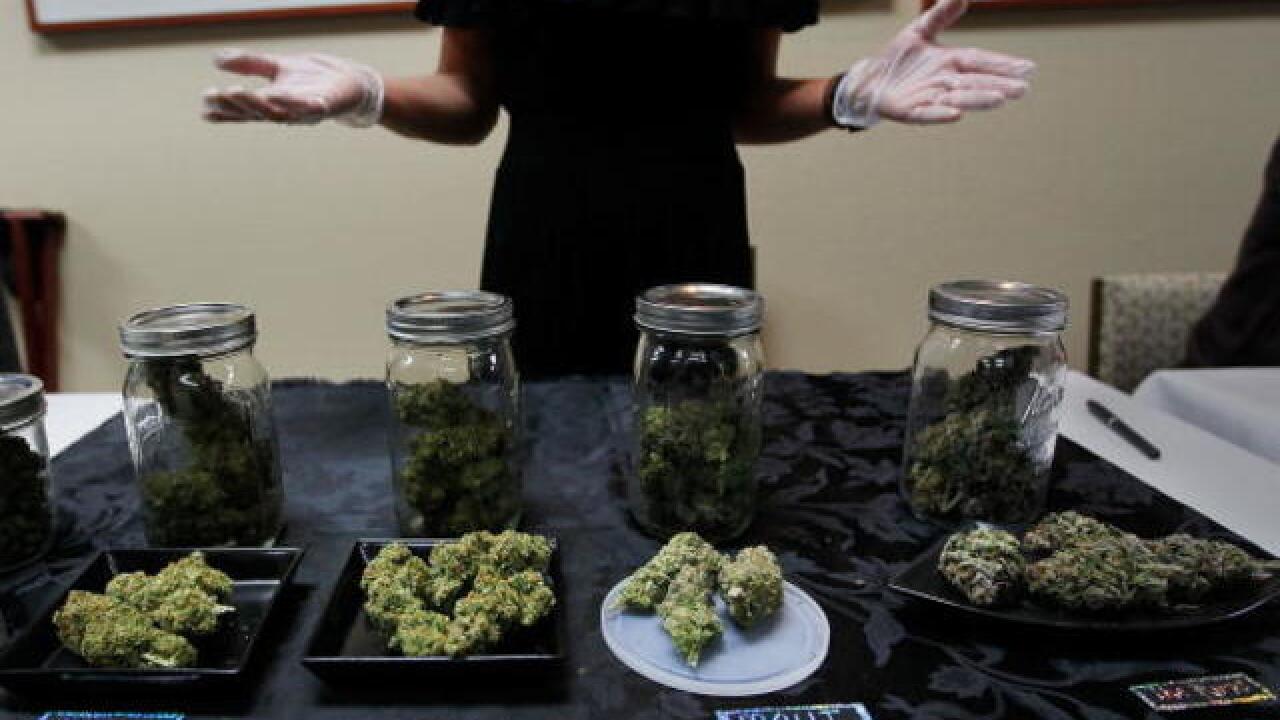 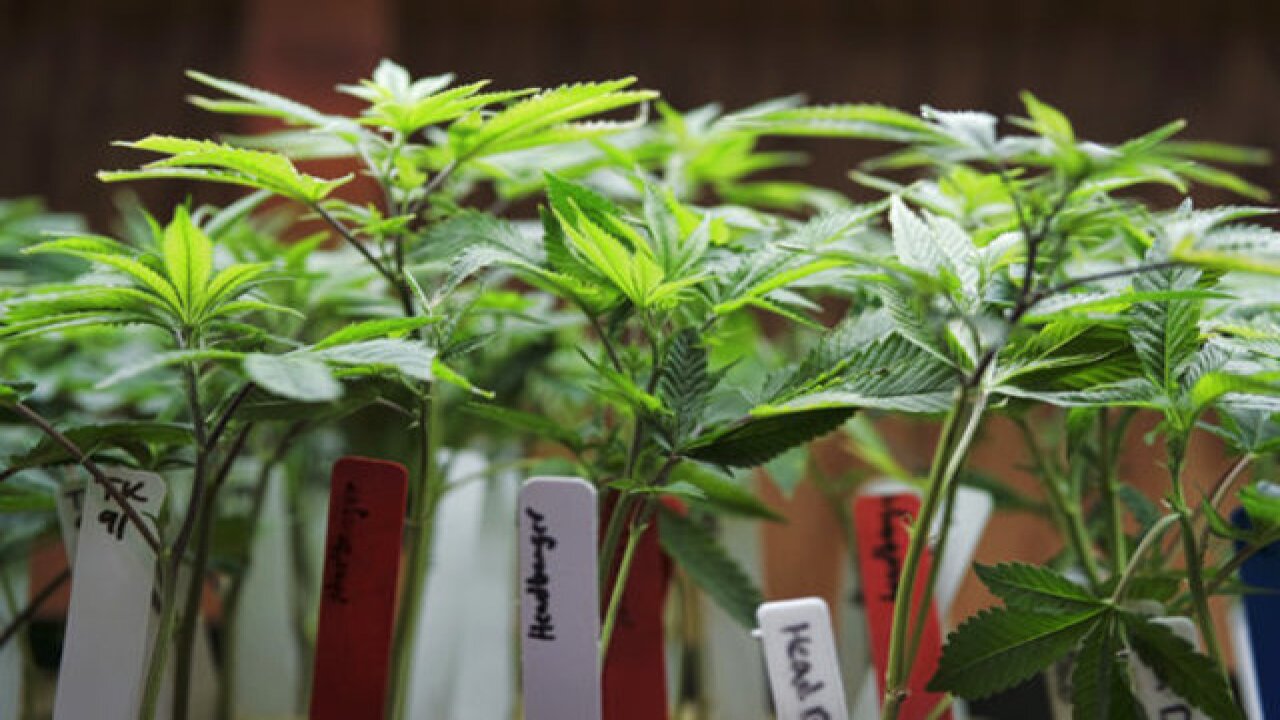 CHULA VISTA, Calif. (KGTV) - As the City of Chula Vista prepares to license legal recreational marijuana sales, law enforcement and a handful of other agencies are cracking down on illegal pot shops.

In the last three years, they've shut down 44 of them. The city's cannabis information page on its website also lists a handful of locations that are currently facing lawsuits or other "enforcement actions."

City officials say they're trying to make sure that when recreational marijuana sales become legal, only licensed stores are selling.

"That's our goal," says Deputy City Manager Kelley Bacon. "Our goal is to get 100% of the illegal operations shut down, and that's what we're working towards."

The city has used a combination of zoning laws, fire inspections and other unspecified methods to shut down illegal shops. Recently, a SWAT raid at 1274 Third Avenue helped close a store operating on what some people have nicknamed the "green mile" because of a prevalence of marijuana-related businesses.

Business owners in the neighborhood say they were glad to see the city take action.

"It was bad for us," says Paolo Passuello, who works at Ted's Garage on Third. "We'd come in the morning, and our driveway would be flooded with joints and little containers that the pot comes in. We're glad the city stepped in and did what they did."

After the passage of Proposition 64 in 2016, which legalized recreational marijuana sales in California, individual cities had the discretion to decide how and when they'd allow it. Chula Vista chose to wait a few years and research what other cities and states did. They talked with people from across California, Colorado and other places to see what worked.

"We learned that you need to take it slow," says Bacon. "You need to make sure you write good, tight regulations and ordinances."

In November of 2018, voters passed a city sales tax that allowed Chula Vista to start the process of licensing shops. The city plans to allow 12 shops total, 3 in each City Council district. Also, they'll only allow 2 of those shops to have store-fronts. They will also allow ten indoor cultivation businesses, which will be limited to 20,000 square feet each.

The application process for those licenses will start sometime in January. A specific date will be posted on the city's website (see link above). Applicants will only have five days to submit an online application.

Bacon says anyone who has already been known to operate an illegal shop will not be eligible to apply for a legal license.

Even after the new, legal stores open, Bacon says the city will still target illegal shops.

"It's a little bit like whack-a-mole," she says. "You close one down and sometimes by the end of the day they've opened up in a different location."

The city also has plans to start a criminal prosecution unit within the City Attorney's office explicitly targeting illegal shops and their owners.