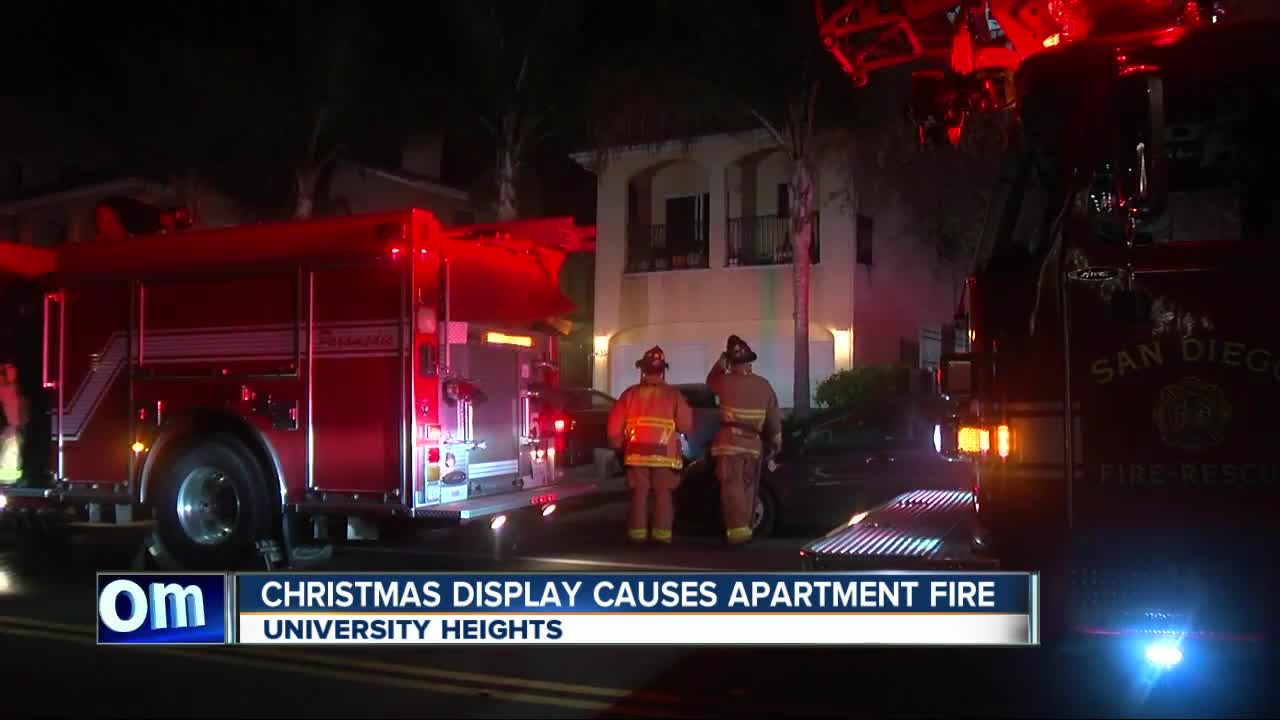 Firefighters say a holiday display led to a fire in a University Heights apartment unit. 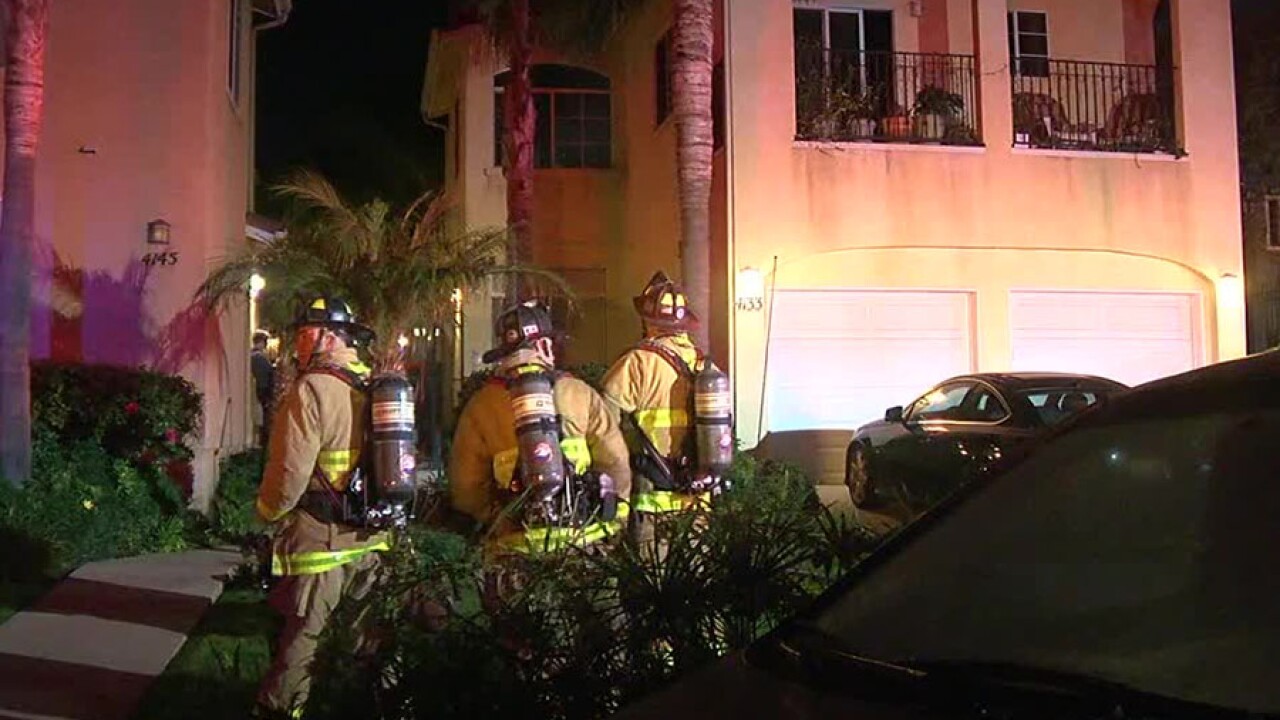 SAN DIEGO (KGTV) – San Diego firefighters are reminding residents to keep an eye on their holiday displays after one display led to a fire at a University Heights apartment Thursday.

The fire was reported at a complex on Maryland Street just before 10 p.m., fire officials said.

Fire officials told 10News that part of a Christmas display in a second-floor apartment unit caught fire and burned an entertainment center.

Firefighters were able to quickly put out the fire before it spread to additional units.

Officials recommend anyone with holiday displays switch to LED lights and not overload sockets. Residents are also being told to be mindful of candles and dead trees.

The residents of the apartment were not home at the time.