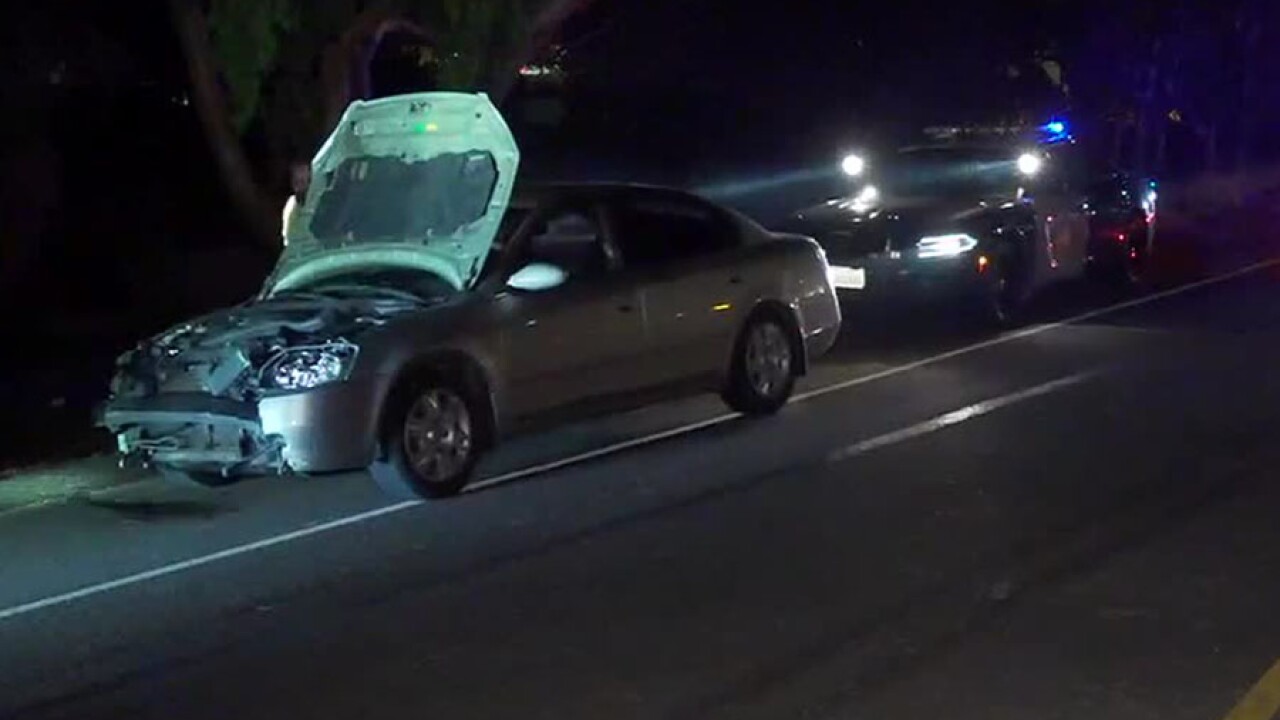 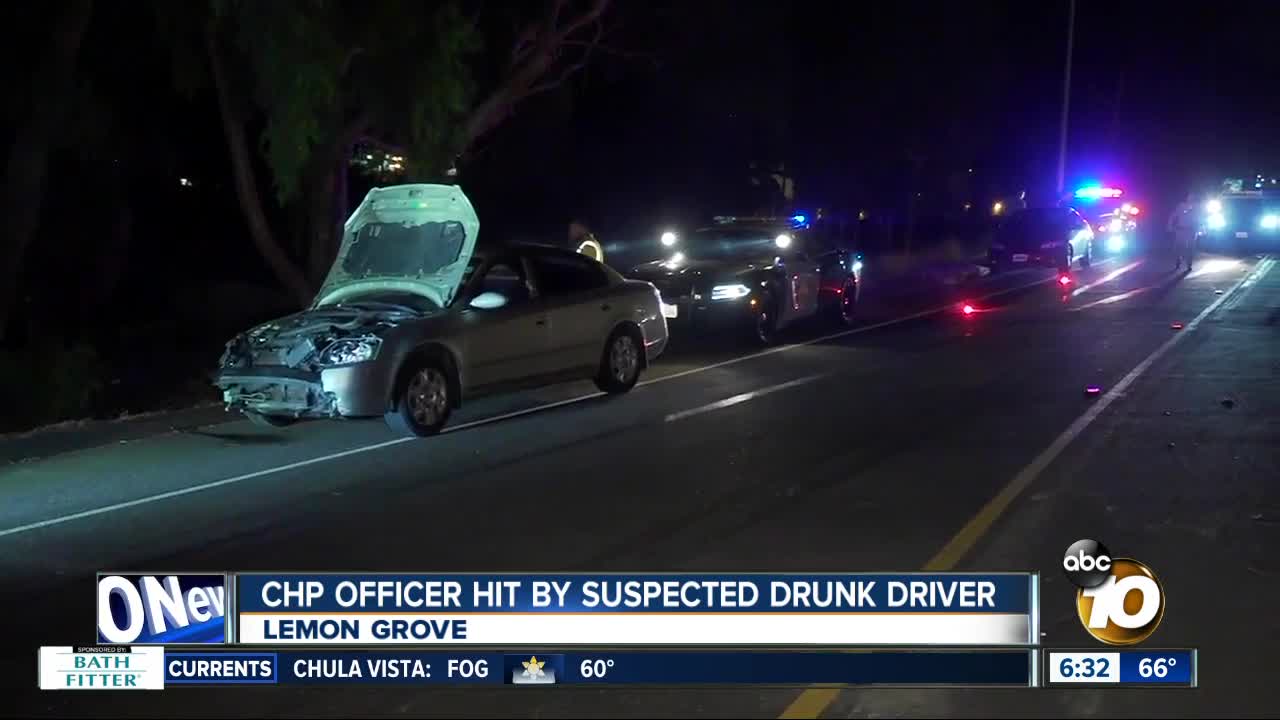 LEMON GROVE, Calif. (KGTV) – A California Highway Patrol officer was injured after he was hit by a car as he attempted to stop a suspected drunken driver on a Lemon Grove-area freeway.

The incident occurred at around 10:30 p.m. Tuesday on eastbound state Route 94 near Massachusetts Avenue, according to CHP officials.

Officials said Officer Robert Stevens had just finished removing an object from the roadway when he passed a Nissan Altima with front-end damage driving erratically on the eastbound lanes.

According to the CHP, Stevens was able to pull ahead of the Altima and waited at the right shoulder in an attempt to get the driver to stop.

The Altima came to a stop behind Stevens’ patrol car, but as the officer got out of the vehicle to talk to the driver, the car suddenly surged forward.

Stevens tried to jump out of the way by leaping onto his patrol car’s trunk, but he was hit by the Altima. The driver’s side door of the patrol car was also struck as the Altima fled the scene.

Stevens called for help as the driver continued on at a slow speed with its hood up and blocking the windshield.

A responding CHP officer was able to catch up to the car and pulled the driver over on the off-ramp to Lemon Grove Avenue.

The driver nearly fell down several times during a field sobriety test. Aralas Ector, 32, from Spring Valley, was eventually arrested on suspicion of DUI.

A woman believed to be the driver’s girlfriend had been following him the entire time and also stopped on the off-ramp. She was also evaluated and then arrested on suspicion of DUI.

10News learned the CHP officer hit by the car suffered a leg injury but is expected to be OK.