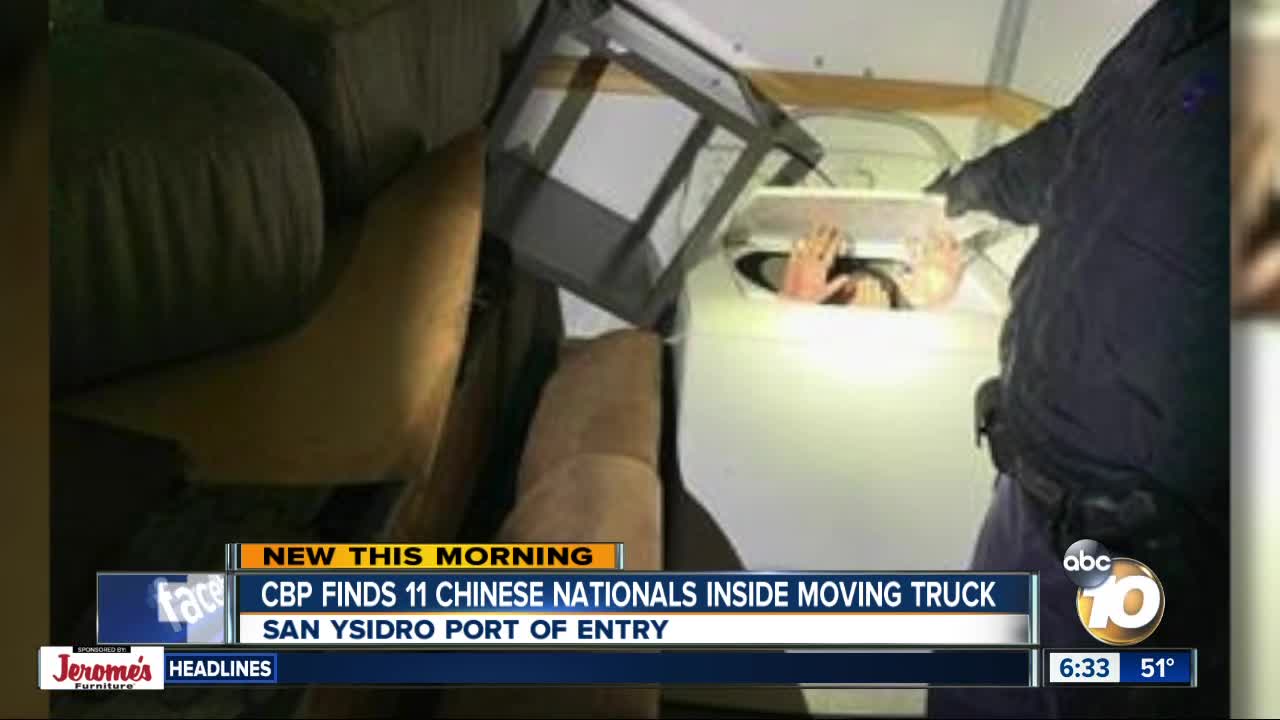 Border officers discovered 11 Chinese nationals hidden inside appliances and furniture in a moving truck during an inspection in San Ysidro.

SAN YSIDRO (CNS) -- An inspection of a moving truck at a border crossing in San Ysidro turned up 11 Chinese nationals hidden inside appliances and furniture and the driver was taken into custody.

A U.S. citizen arrived at the San Ysidro border crossing from Mexico driving a moving truck at about 5:25 p.m. Saturday when the Customs and Border Protection officer conducting inspections referred the driver and truck for additional inspection, according to a statement from the CBP.

During that inspection, officers freed 11 Chinese nationals, some of whom were hidden in a washing machine, chest and a dresser, the statement said.

The driver, identified only as a 42-year-old man, was taken to the Metropolitan Correction Center in San Diego to await criminal proceedings, the CBP said.

"CBP cannot stress enough the dangers of smuggling people," CBP Director of Field Operations for San Diego Pete Flores said. "These are human beings that smugglers subject to inhumane conditions that could have deadly consequences. Fortunately no one was seriously injured."

An immigration hold was placed on the 11 Chinese nationals pending criminal and immigration proceedings, the CBP said.