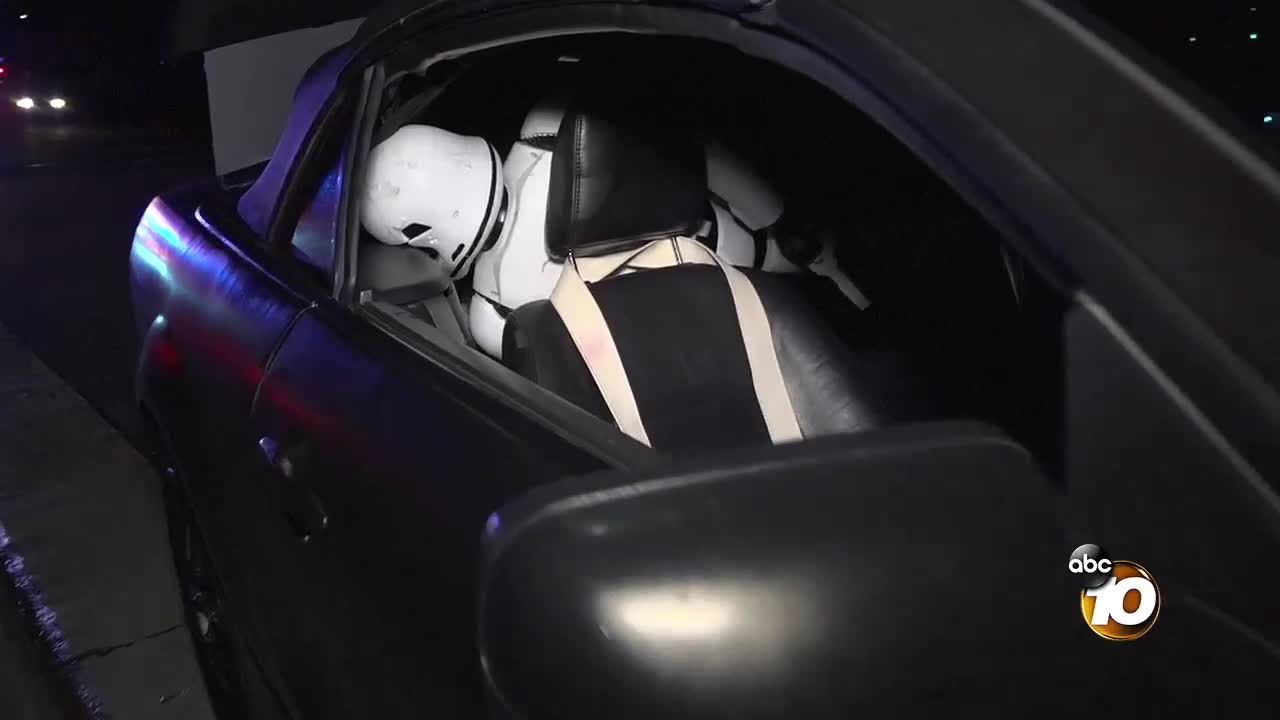 SAN DIEGO (KGTV) - A pursuit on San Diego freeways Sunday night evolved into a tense standoff with a mysterious passenger.

At around 10 p.m., California Highway Patrol officers tried to pull over a Ford Mustang for speeding on Interstate 805, but the driver refused to stop.

After getting onto state Route 94, the Mustang stopped on Euclid Avenue in the Chollas View neighborhood. The driver and a passenger fled from the vehicle but were captured a short time later.

Meanwhile, officers saw a passenger in the backseat of the Mustang and ordered the person to come out.

With guns drawn, officers approached the car and found a harmless, life-sized Star Wars stormtrooper doll in the backseat.

Officers are trying to determine if the stormtrooper was stolen.