Celebrating community: Educating others about the Filipino culture through dance

PASACAT is based in National City 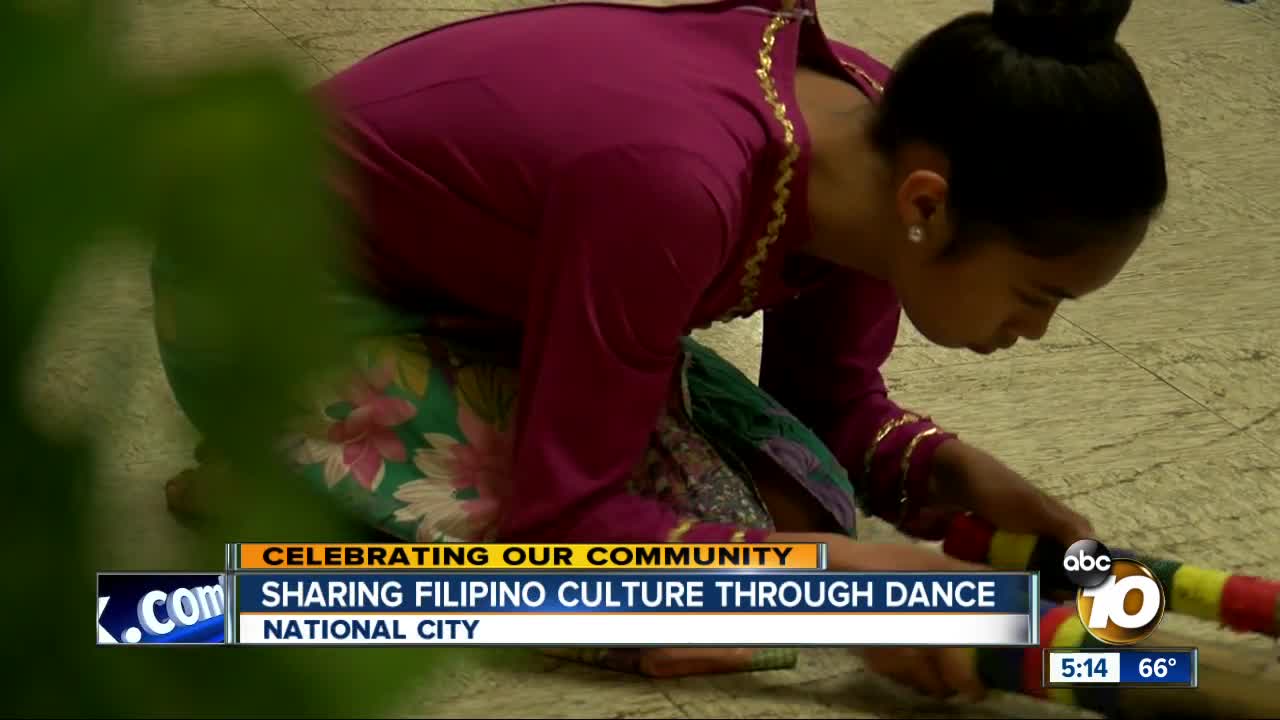 PASACAT is in National City NATIONAL CITY, Calif. (KGTV) -- An organization in the South Bay is using dance to educate others about the Filipino culture.

PASACAT, which is based in National City, is a Philippine Performing Arts Company and educational center. Anamaria Cabato is the current executive director. For her, it is a family passion. Her parents founded the organization nearly 50 years ago. Over the years, she has had nearly a dozen family members involved in the dance troupe.

“It brings me to tears,” Cabato told 10News. “This is a family in itself and to have your own members of your family [involved] is just icing on the cake.”

Lupe Macario is Anamaria’s sister and the grandmother of a couple of the current dancers.

“We’re just delighted that they take up and embrace the culture,” Macario said. Her granddaughter, Gabby Macario, is now performing the same dances she used to perform in the 1970s.

Gabby Macario, like many of the young dancers in PASACAT, was born in the United States. She said learning traditional Filipino dances is something she loves. She’s been dancing since she was five-years-old.

“It’s really fun because I like learning all the dances,” Gabby said. 10News asked what would tell others who have never seen this type of dancing.

“I would first tell them to try to see what we do and introduce them to what we do,” the 10-year-old said.

PASACAT has had its share of setbacks, including major damage to the studio during a storm in December. The storm damaged the roof, the floor, and ruined many traditional dance costumes. They continue to raise funds for the organization through a GoFundMe page. Still, Cabato said they persevere for a bigger cause.

“There’s a lack of understanding and if we appreciate all cultures of the world because this opens the doors to other people, and to understand them. You find that there’s similarities and if you find those similarities, then there’s no reason to have differences,” Cabato said.