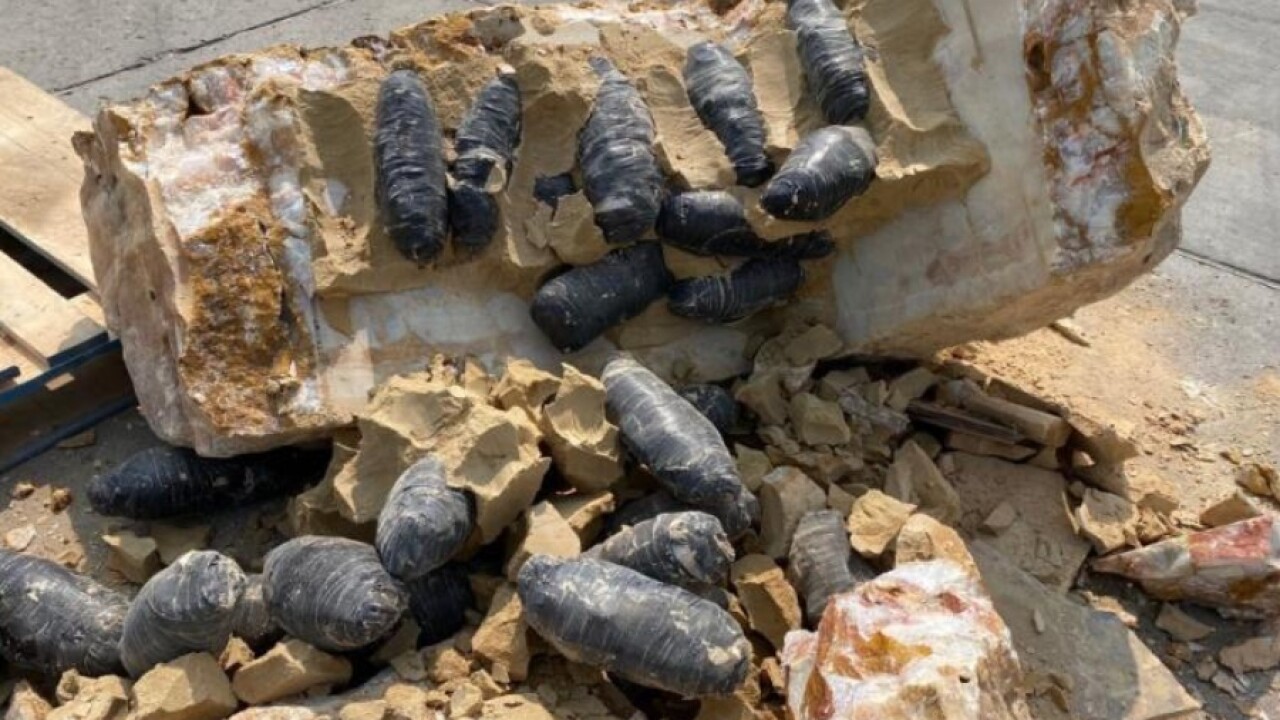 POTRERO, Calif. (CNS) - Customs and Border Protection officers found 560 pounds of methamphetamine and cocaine, worth nearly $4 million, cemented inside several quartz boulders at a cargo crossing at the Tecate Port of Entry near Potrero, the agency reported Wednesday.

Officers broke open the boulders around 10:45 a.m. Monday after a big rig driver arrived at the border crossing with a shipment listed as "multiple tons of beach pebbles and stones," according to U.S. Customs and Border Protection officials.

Officers seized the big rig, the drugs and the rock shipment.

"Hard to believe, but this isn't the first time CBP officers in California have had to actually break open rocks or other items to get at the narcotics that drug trafficking organizations have hidden inside," Jose Haro, officer in charge of the Tecate Port of Entry, said in a news release. "Our officers are well-trained to notice discrepancies to stop drug shipments like this from making their way into our communities."