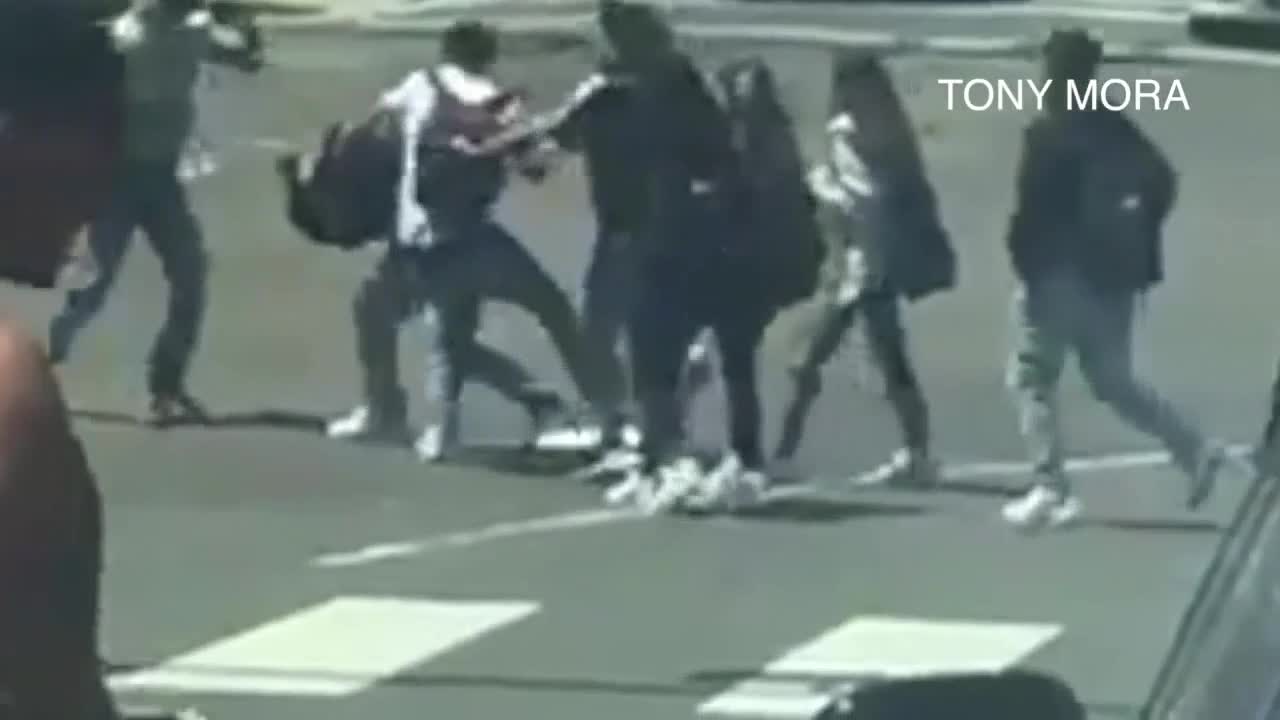 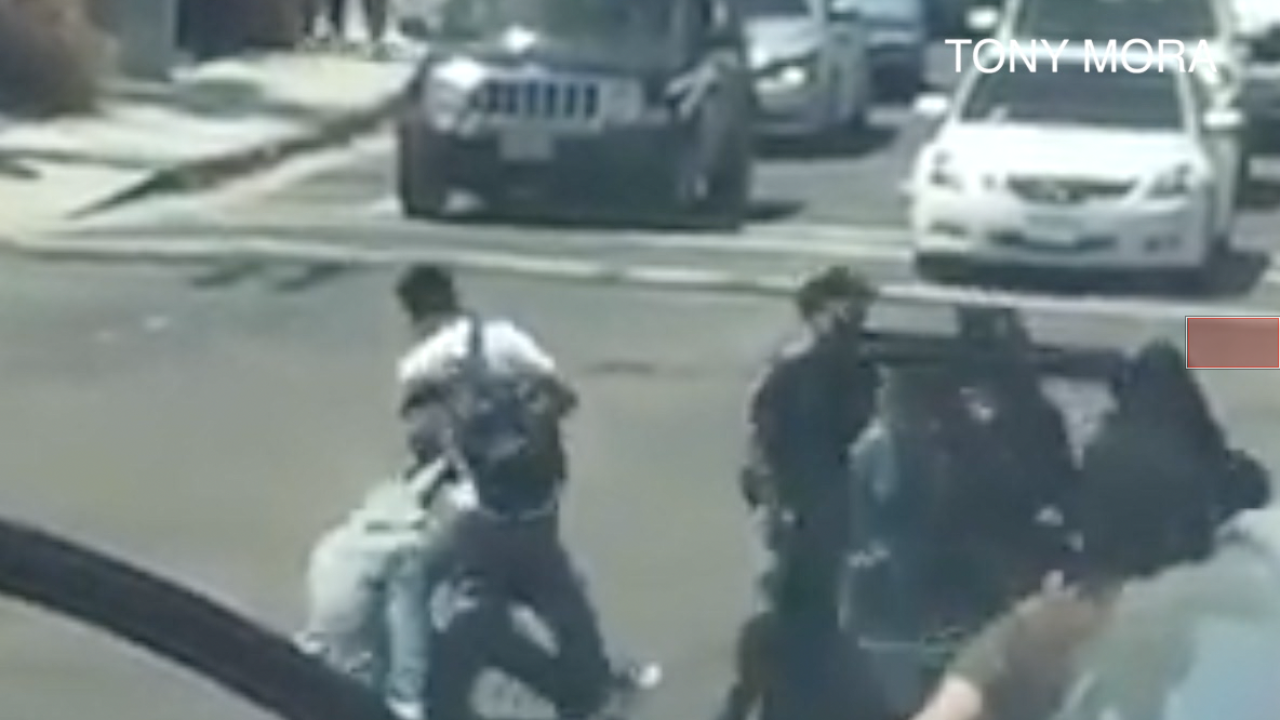 The incident played out at Palm Avenue and Beyer Way - just feet from the high school - as school let out Friday afternoon. In the crosswalk, there was a flurry off punches. A teen in a hoodie is recorded battering another student on the ground. Some other teens joins the fray and more punches are traded.

"It's stupid. Why have a fight so dramatic like that? It could cause a car accident," a student told 10News. We are not naming the student at the request of their family.

The student doesn't know what sparked the fight, but says those involved were juniors. The student told 10News this was the third big fight on campus this year.

"Just make us look bad. Students should set a good example for our school," the student said.

There were no accidents, but some of those drivers did get out of their cars. A witness tells us some tried to stop the fight. In the now-viral video, a crowd of people spill across the crosswalk. The melee lasted more than 20 minutes before it broke up. Police arrived but did not make any arrests.

Janet Paz, a mother of two students at the school, says it sends a bad message.

A spokesperson with the Sweetwater Union High School District says they believe they've identified the three-to-five students involved and are mulling possible discipline.

Part of the investigation will include determining the cause of the fight and addressing any campus-wide issues.