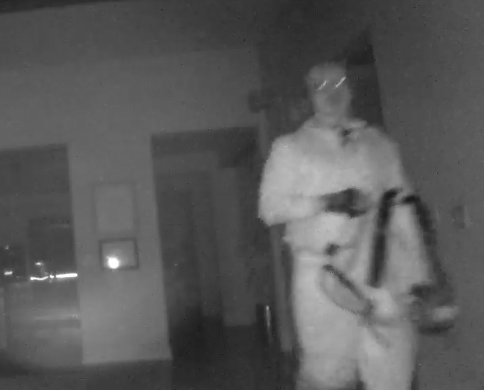 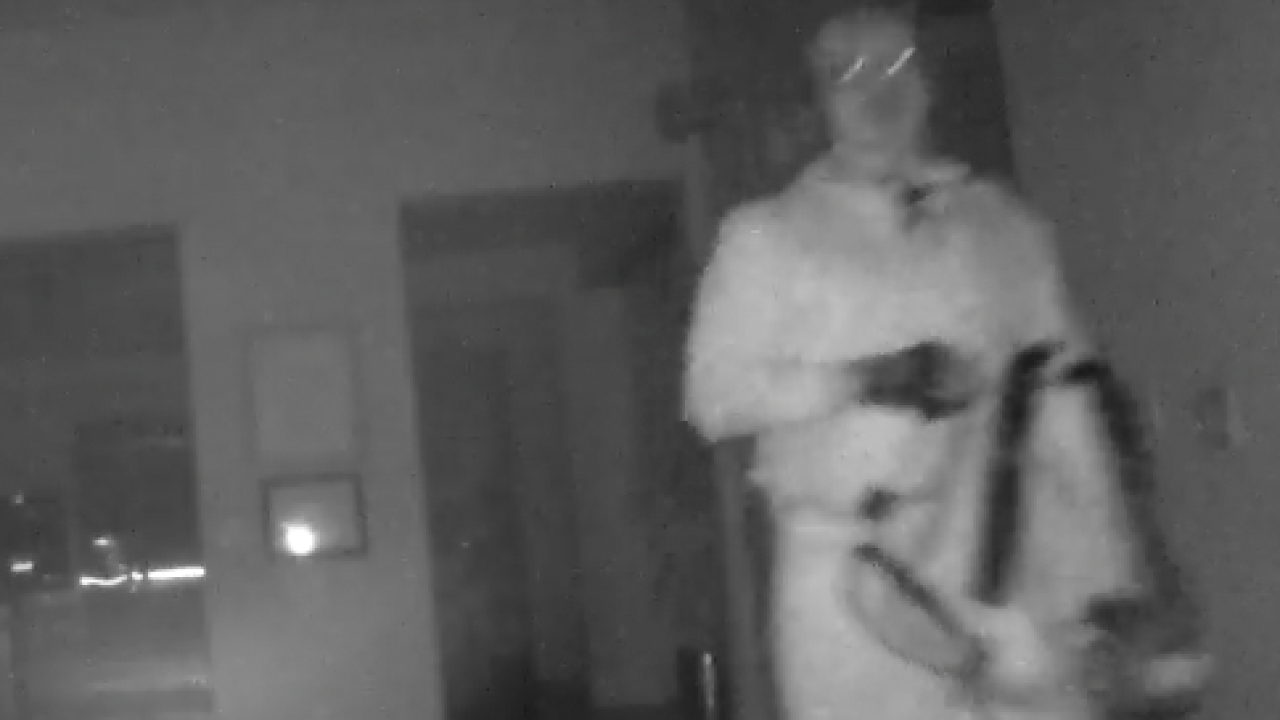 When Gerard arrived last weekend at his parent's home off Procter Valley Road, he was greeted with ransacked rooms.

"Stressed and anxious walking through the home," said Gerard, who asked us not to use his last name.

Off the master bedroom, he found a shattered sliding door and broken shutters.

"Shocked and nervous, because I had to tell my parents who were out of the country that their home had been broken into, and no one wants to hear that news," said Gerard.

A motion activated camera revealed the intruders: two masked burglars, one with a flashlight and the other with a backpack, going from room to room around 8:30 p.m.

In a second clip, they are seen emerging from the family room before heading toward a bedroom. Missing from that room is about $50,000 worth of his mother's jewelry, most of which she bought herself.

"Worked her whole life as a nurse. Invested her money and paid for it herself. It's a lifetime of work," said Gerard.

Gerard believes the intruders were no amateurs. The masks, gloves and heavy clothing they wore helped preventing any hair and DNA evidence from being left behind.

"They look comfortable, the way they move. They are professionals. They've done this before, and they will do it again," said Gerard.