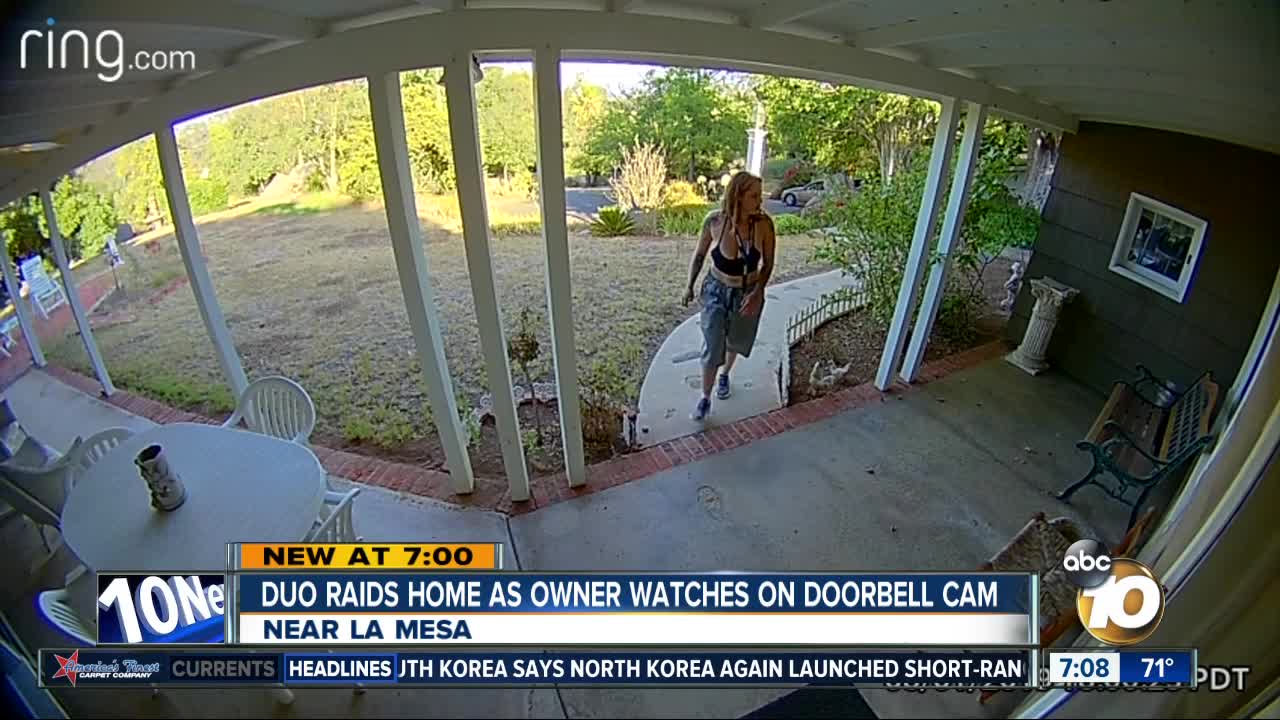 Video showed a female duo running from an East County home carrying items, as a helpless homeowner who watched it all unfold on his doorbell camera. 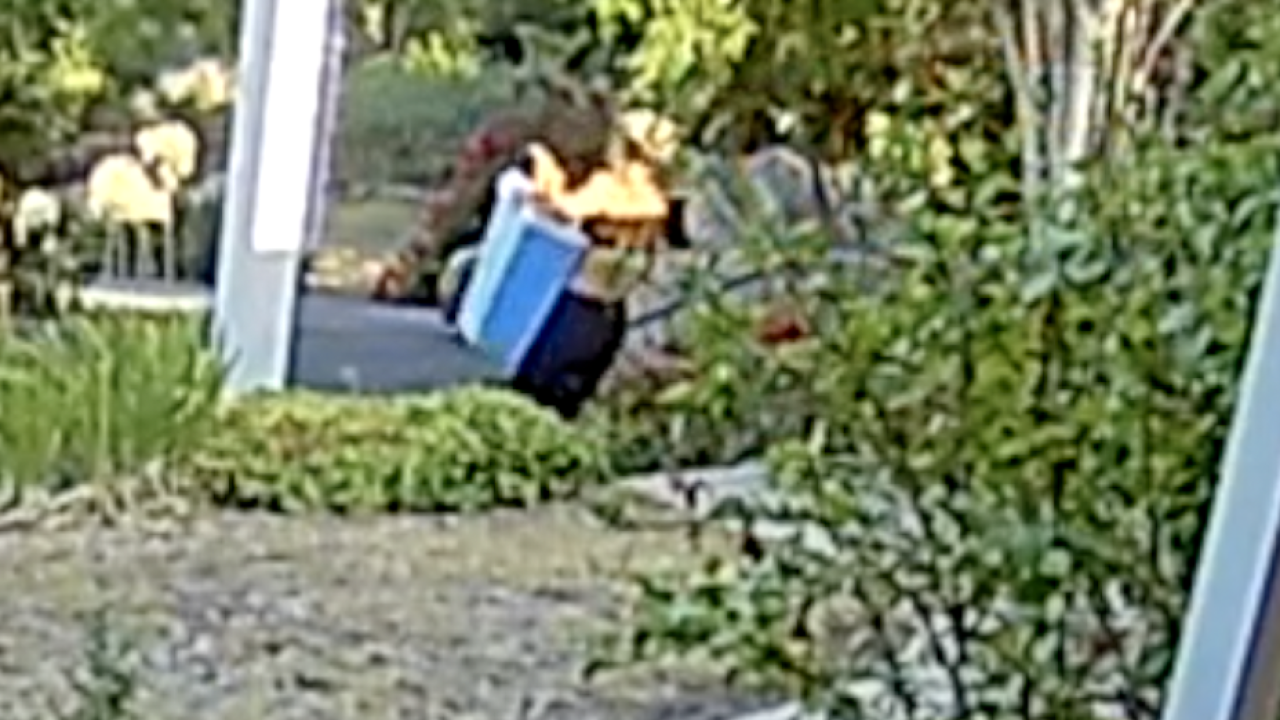 LA MESA, Calif. (KGTV) — Video showed a female duo running from an East County home carrying items, as a helpless homeowner who watched it all unfold on his doorbell camera.

At 6 p.m. Thursday, a woman is seen walking up to the front door and appears to be looking for something. Eventually, she wanders to the back of the home, and that's when a loud sound is heard. That sound is believed to the sound of a screen being torn off and a back window being forced open.

Don says watching on a Ring camera app was the homeowner, his father, who was out of town with his mother in Missouri. His dad then triggered the alarm and watched as the woman holding several items got into a car in the driveway.

Moments later, another woman carrying a box stuffed with items jumped into the same car.

"I think he started to panic. He's not there and somebody's in the house," said Don.

The homeowner is heard asking through speaker "Who are you? Who are you?" before the women drive off.

"They called me in a panic. They didn't have number for local sheriff," said Don. He called 9-1-1 and deputies arrived minutes later. But the women were long gone.

According to the video, they weren't in the home long.

"In a seven-minute time frame, they went through literally every drawer in the house," said Don.

Stolen from the home: A coin collection and dozens of pieces of jewelry belonging to his father and mother. Many of them were sentimental.