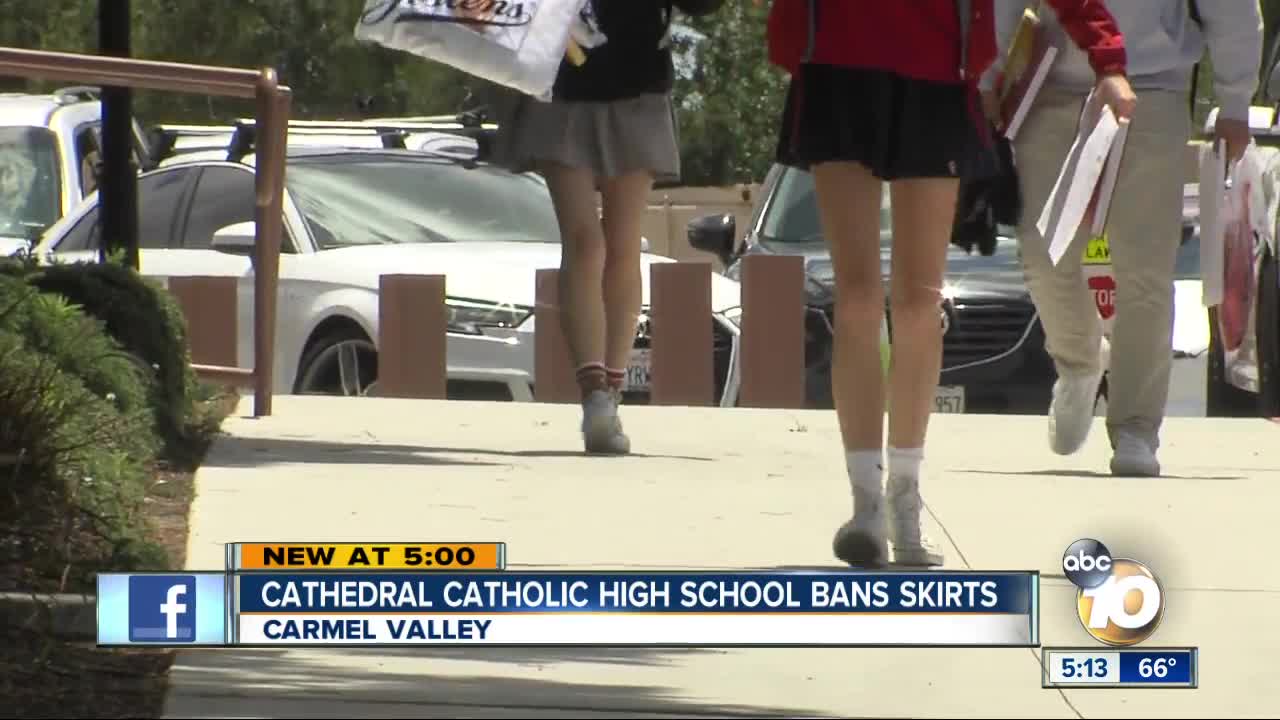 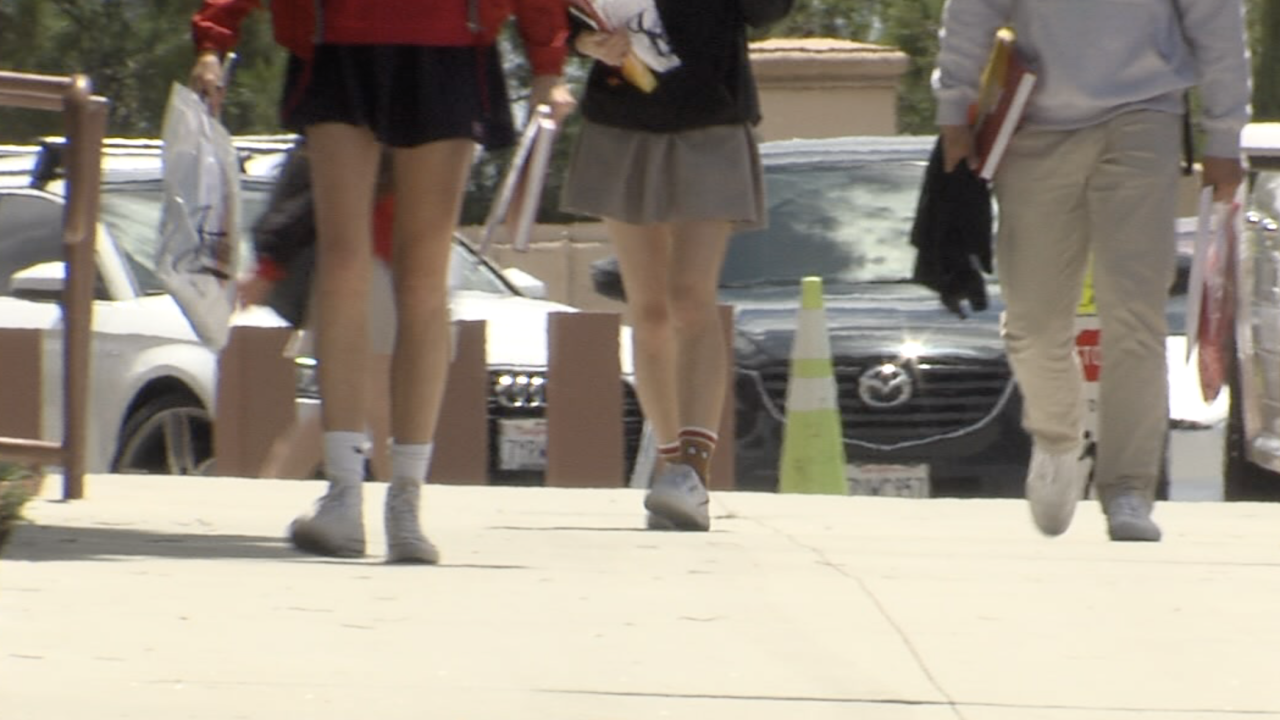 SAN DIEGO (KGTV) - Students are furious about a new dress code rule for girls at one of San Diego’s most prestigious private high schools.

Cathedral Catholic High School in Carmel Valley announced Friday girls would no longer be allowed to wear skirts. That led to a backlash among students, who signed a petition to reverse the change.

“I think that the ban is very sexist,” said student Lana Owad.

In a letter sent to parents and students, CCHS said the dress code exists to foster a faith-based environment where students are focused on learning and not outward appearances. CCHS has issued thousands of hours of detention related to the lengths of girls’ skirts.

The school dress code posted online indicates girls were allowed to wear skirts or skorts that were not excessively tight or form fitting and were no shorter than 3 inches from the top of the kneecap while standing upright.

“We’ve had them tailored in the past because of the restriction on it. We spent money on buying different skirts because they ban other styles for us to wear,” said student Riley Staal.

Mimi Cleary said the change was prompted by adults, not students.

The school said girls aren't the only ones having dress code problems: the administration will also be holding boys more accountable about their facial hair next year.

Students plan to rally against the skirt ban Tuesday.