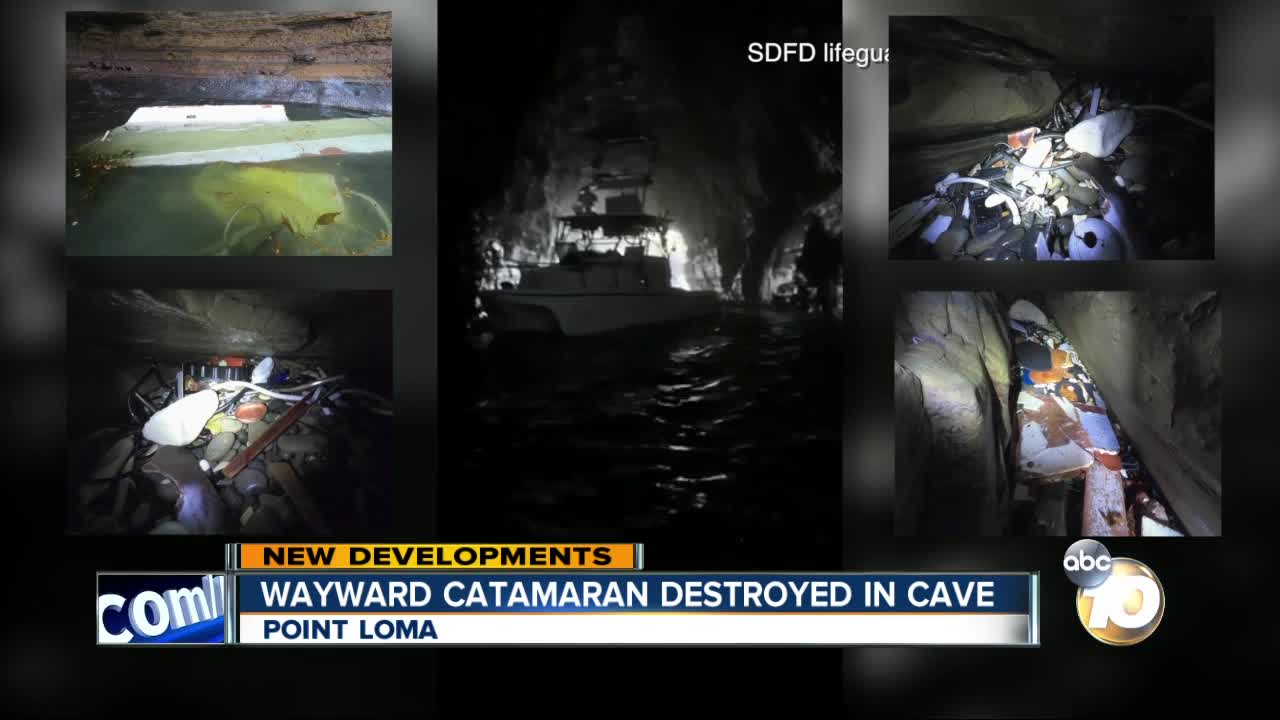 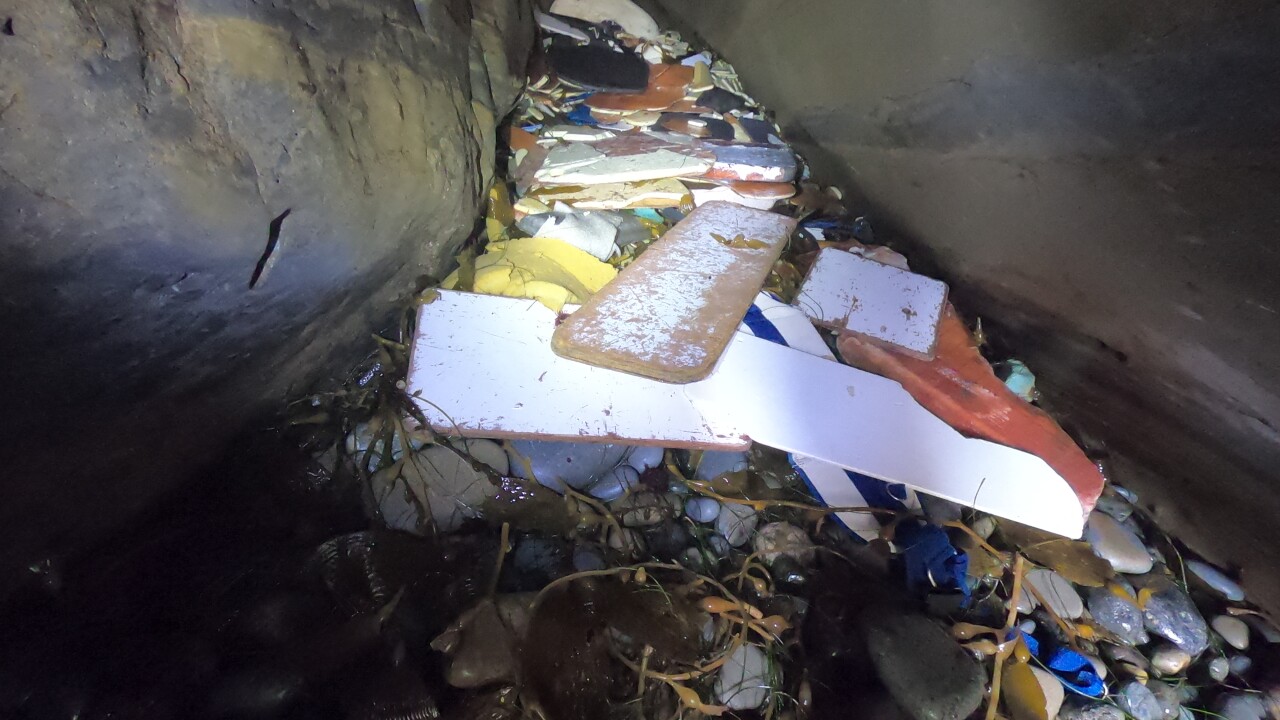 POINT LOMA, Calif. (KGTV) - A catamaran stuck in a Point Loma cave for nearly a week was pulverized by surf, according to the salvage crew.

New photos and videos from Tow Boat US San Diego show unrecognizable pieces of fiberglass, and one hunk with the engine intact.

"There's no section left of the boat that looks like a boat at this point," Captain Tony Olson, with Tow Boat US San Diego, said.

Last Friday morning two men on a fishing trip were rescued from a catamaran stuck inside a cave near the Point Loma Wastewater Treatment Plant. The men fell asleep while the boat was set to autopilot.

The surf was so rough since the crash, salvage crews couldn't re-enter the cave until Thursday afternoon.

"It just completely pounds that thing, bouncing it off the walls like a pinball... trying to get behind it, next to it, in front of it, is a bad place to be," Olson said.

The divers took pictures and were prepared to pump out fuel when they realized there was no fuel to be found, "there are no fuel tanks left to be found, they're gone. So in the process of the boat coming apart they have floated away, it did not smell like fuel inside the cave at all," he said.

Three pieces of the boat came back with the crew, two hunks of fiberglass, "part of a hatch possibly," Olson said, and a steering wheel.

Friday morning the crew will devise a plan to pick up the rest. "Float larger sections out possibly drag them off and hoist them up to a boat we'll have waiting out there," Olson said.

The divers possibly swimming out the smaller debris. Olson said the work will take more than a week to complete.

Tow Boat US San Diego said they are working with the boat owner's insurance company.