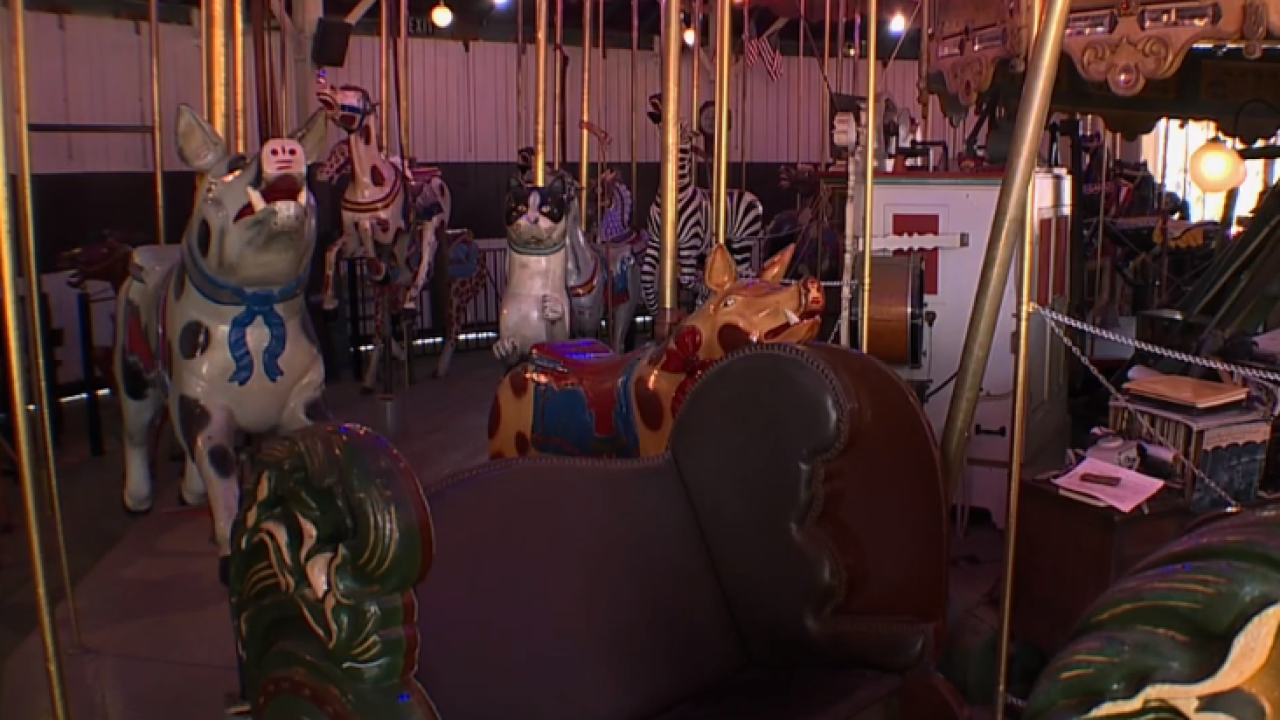 Copyright 2020 Scripps Media, Inc. All rights reserved. This material may not be published, broadcast, rewritten, or redistributed.
Dave Pickering 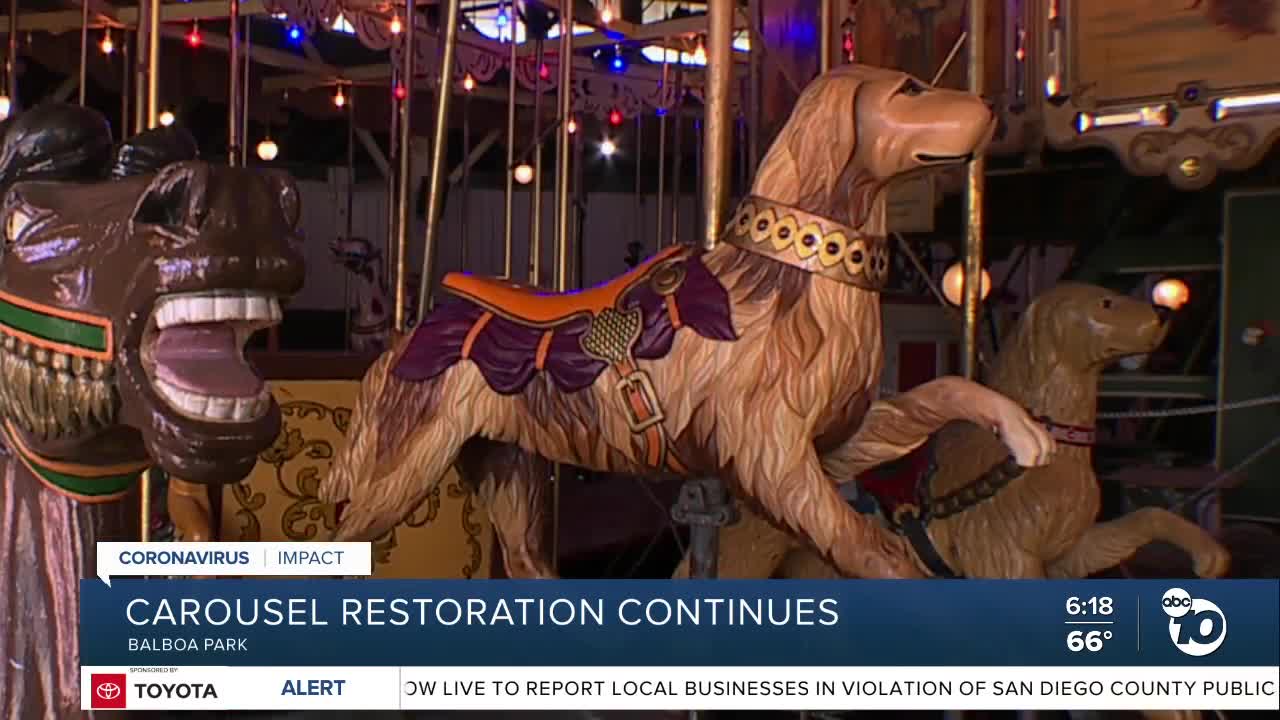 "We did make lemonade out of lemons here," says John Bolthouse, the Executive Director of the Friends of Balboa Park.

The group started a capital campaign fundraiser three years ago, hoping to raise $3 million to overhaul the carousel. When the coronavirus pandemic hit, they saw an opportunity in the closure.

"We did the best to take advantage of it," Bolthouse says. "People stepped up, and they saw that there was a need and an opportunity to get these things done."

A fundraising push brought in $100,000 in 30 days, bringing the total amount raised to $2.4 million. With the extra cash on hand, the Friends of Balboa Park accelerated the schedule for remaking the ride.

They've repainted several of the animals, restoring them to the original design. The group also rewired the entire carousel lighting system. That included changing over every bulb to safer energy-efficient LED bulbs.

It also allowed them to bring back some light fixtures that had been removed for safety reasons.

"100 years ago carousels were burning down due to electrical fires," says Manager Bill Brown. "It's going to be a huge improvement. I think people are going to notice when we reopen."

Brown hired a contractor to help with big projects. He also has a team of four people who help work on the carousel every Tuesday.

One of the animals that Brown just finished painting is a Golden Retriever, which has a special meaning to one of the donors.

Cowan Novak's family donated $35,000 to adopt the animal. She says seeing the work continue has been a silver lining to the Pandemic.

"I think the carousel is really a balance for what we've all gone through," says Cowan Novak. "It's just sort of a bright light."

The Pandemic has also brought some challenges to the ride.

The Friends of Balboa Park had to furlough most of their staff from the loss of ride revenue. They've also put bigger plans to revamp the carousel plaza on hold.

Bolthouse also says he doesn't know when they'll be able to reopen. Like other theme parks and ride operators, the carousel is still waiting on the state and county to release guidelines for reopening.

But, when they get the green light, they plan to have as much of the restoration work as possible finished.

"We did the best to take advantage of it," Bolthouse says. "When we're able to open to the public, you're really going to be able to tell the difference."

For more information on the upgrades or donation opportunities, go to FriendsofBalboaPark.org.