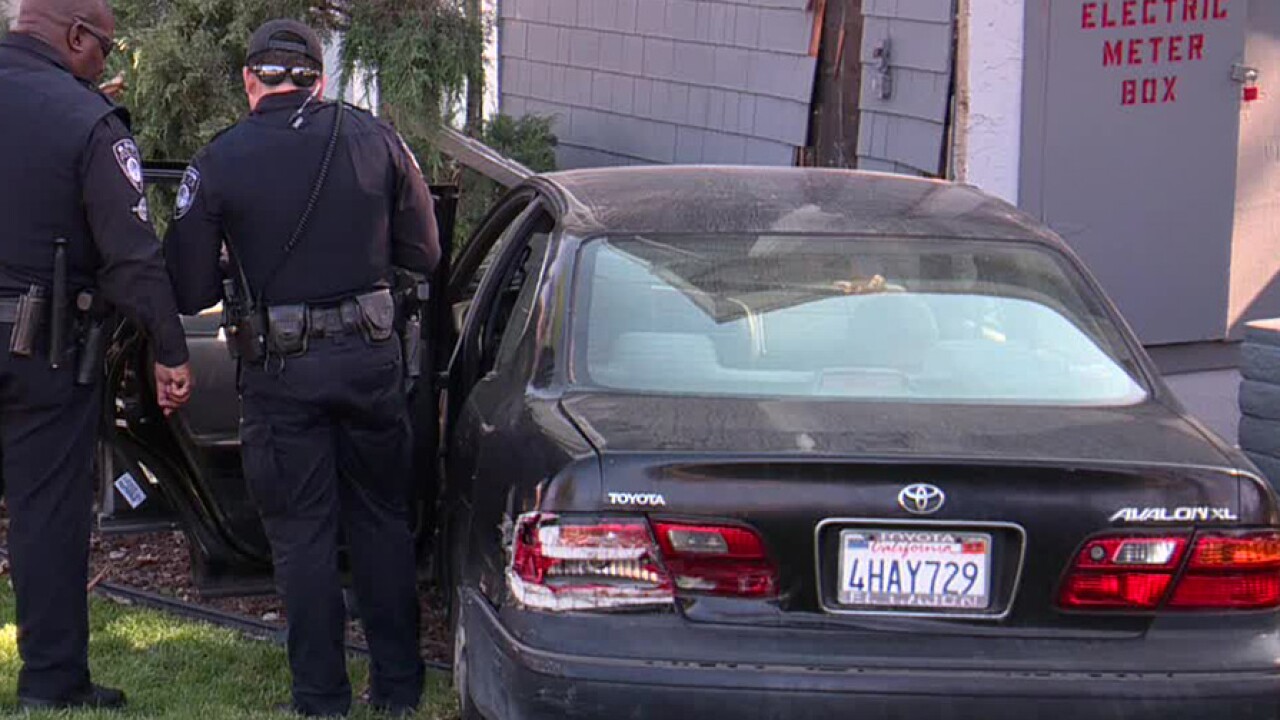 EL CAJON, Calif. (KGTV) -- A driver was taken to the hospital Friday after police said her car veered off a street and struck the side of an apartment building in El Cajon.

The crash happened shortly after 11 a.m. at The Timbers Apartments in the 1100 block of Petree Street, near Fletcher Parkway, according to El Cajon police.

Police told 10News that a woman was traveling eastbound on Fletcher Parkway when she lost control of her Toyota Avalon for unknown reasons.

The car tumbled towards a corner apartment unit and hit a wall before coming to rest.

The impact caused damage to a child’s bedroom closet, but no one inside the unit was injured.

A woman who lives in the apartment said she only heard a loud “boom” and did not hear the sound of brakes.

She told 10News she went out to check on the driver and described her as “woozy” as she sat behind the wheel with the car still running.

After the car was turned off, responding paramedics took the driver to the hospital with injuries of unknown severity.

The collision occurred next to an electrical box, prompting a response from San Diego Gas & Electric crews to assess any possible damage.

10News learned the driver was expected to undergo an evaluation to determine if she was under the influence at the time of the collision.