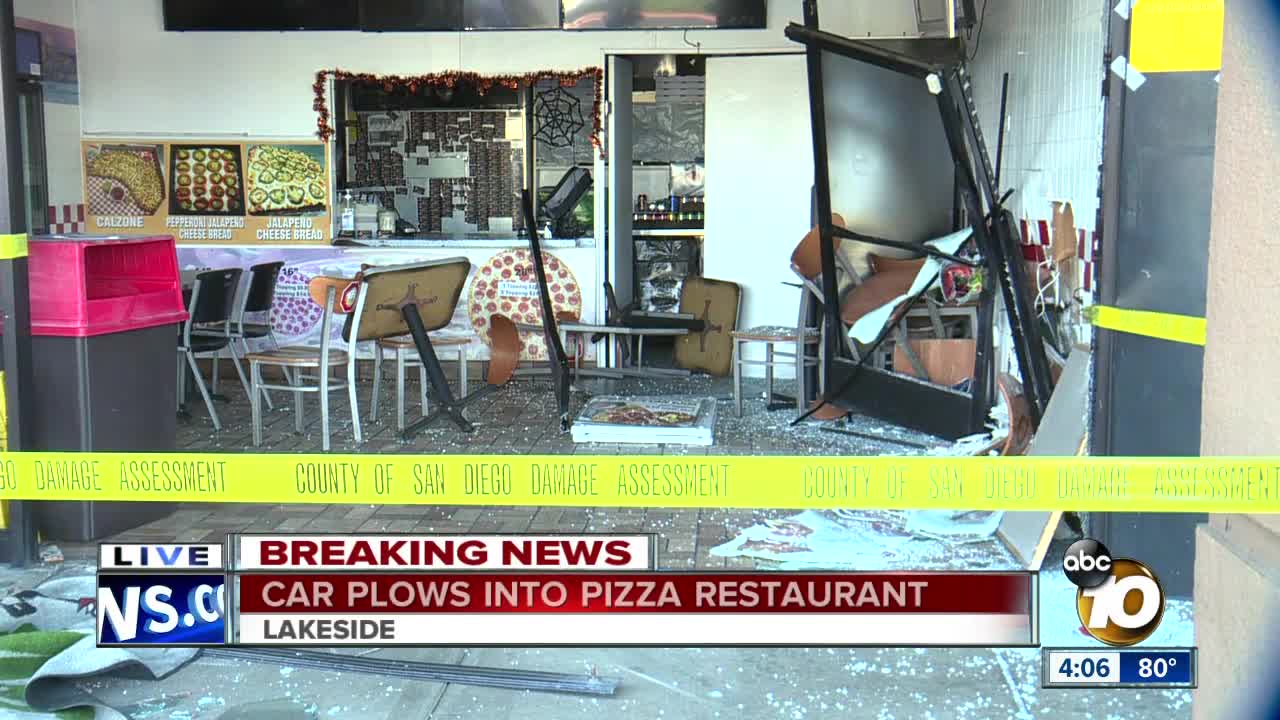 No one was injured Friday afternoon after a car slammed into a pizza restaurant in Lakeside. 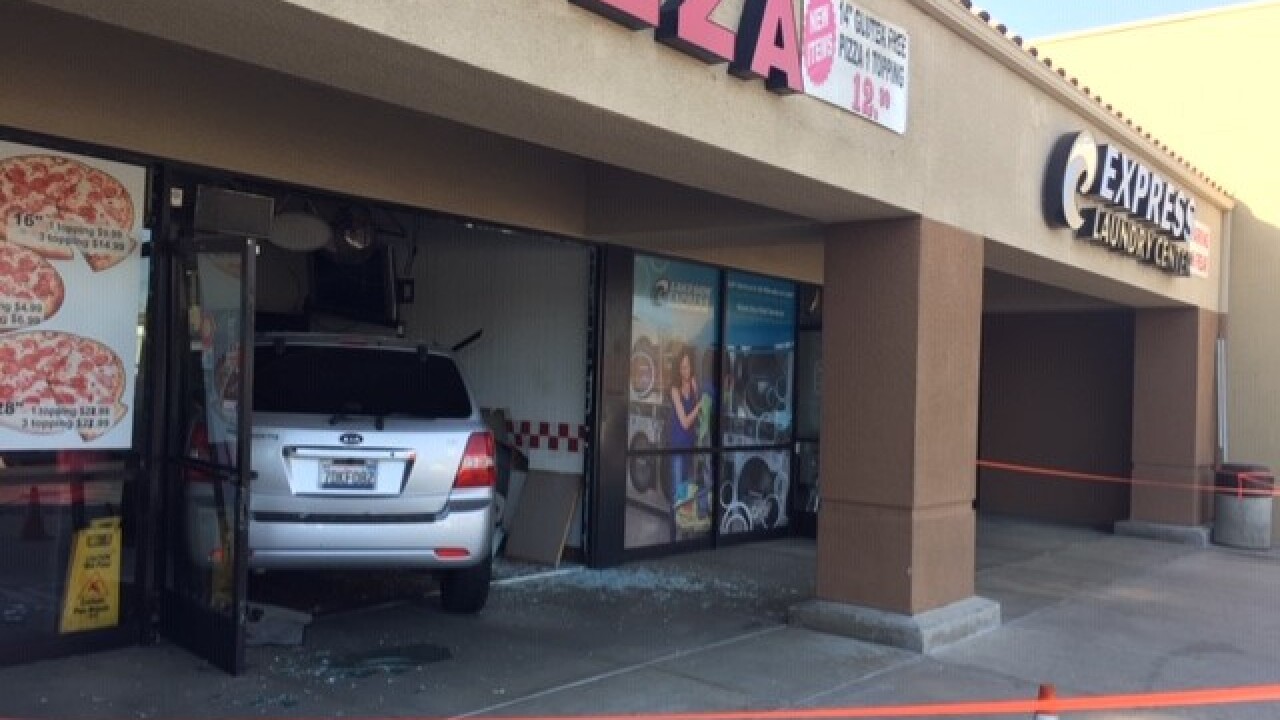 LAKESIDE, Calif. (KGTV) -- No one was injured Friday afternoon after a car slammed into a pizza restaurant in Lakeside.

The crash happened at Giant Bambino’s Pizza on the 9500 block of Winter Gardens Boulevard before 3 p.m.

Witnesses say the man behind the when was an Uber driver who drove to the restaurant to pick up a pizza.

A customer inside the store narrowly escaped injury. The woman told 10News she got up from her table just before the car crashed through the restaurant.

At this time, it’s unclear what exactly led to the crash.