Car crashes into back of Rancho Bernardo home 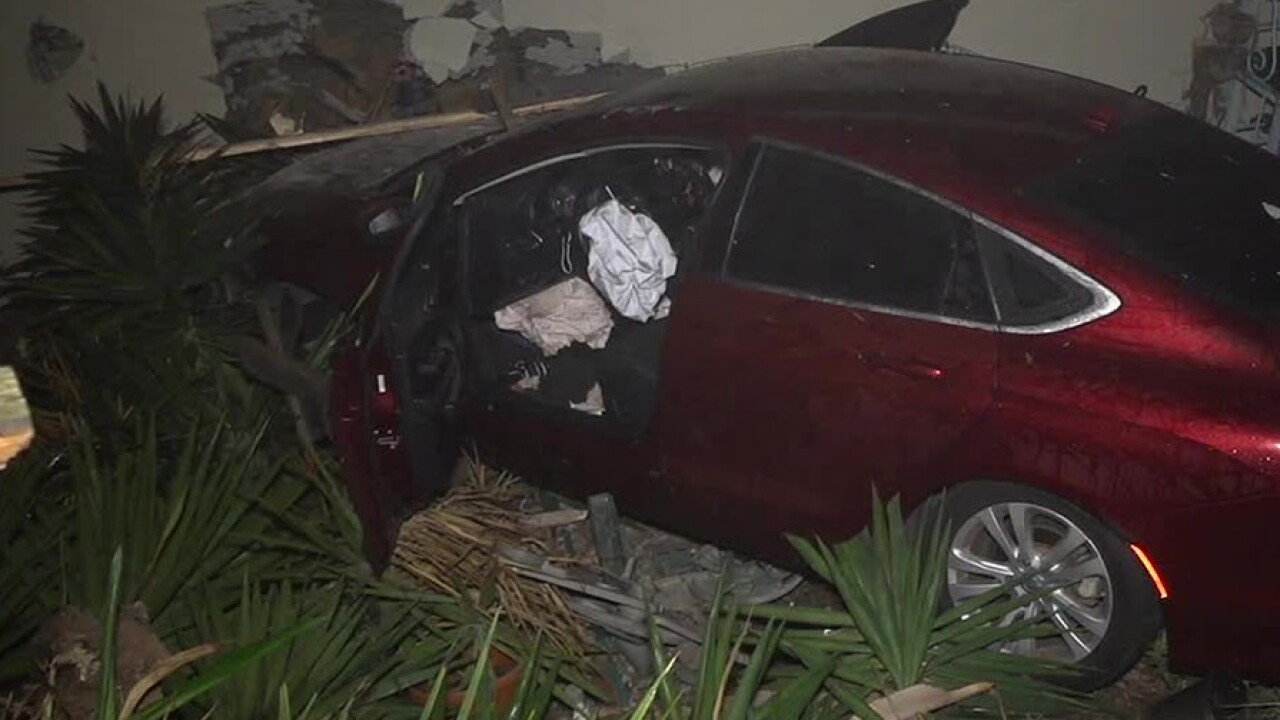 RANCHO BERNARDO, Calif. (KGTV) -- A driver says her passenger caused her to crash into the back of a Rancho Bernardo home early Wednesday morning.

The incident happened at around 2:40 a.m. in the 17000 block of Botero Drive, according to San Diego police.

10News learned the driver told officers she was trying to make a U-turn at West Bernardo Drive when a male passenger, who was intoxicated, messed with the steering wheel.

At that moment, the driver missed her U-turn and the car plowed into the back of a house on Botero Drive.

The driver, who remained at the scene after the crash, suffered minor injuries.

Her passenger ran away following the wreck and has not been located as of 6:30 a.m.

People inside the home were not injured, but the collision caused enough damage to the house that a structural engineer was called to the scene.