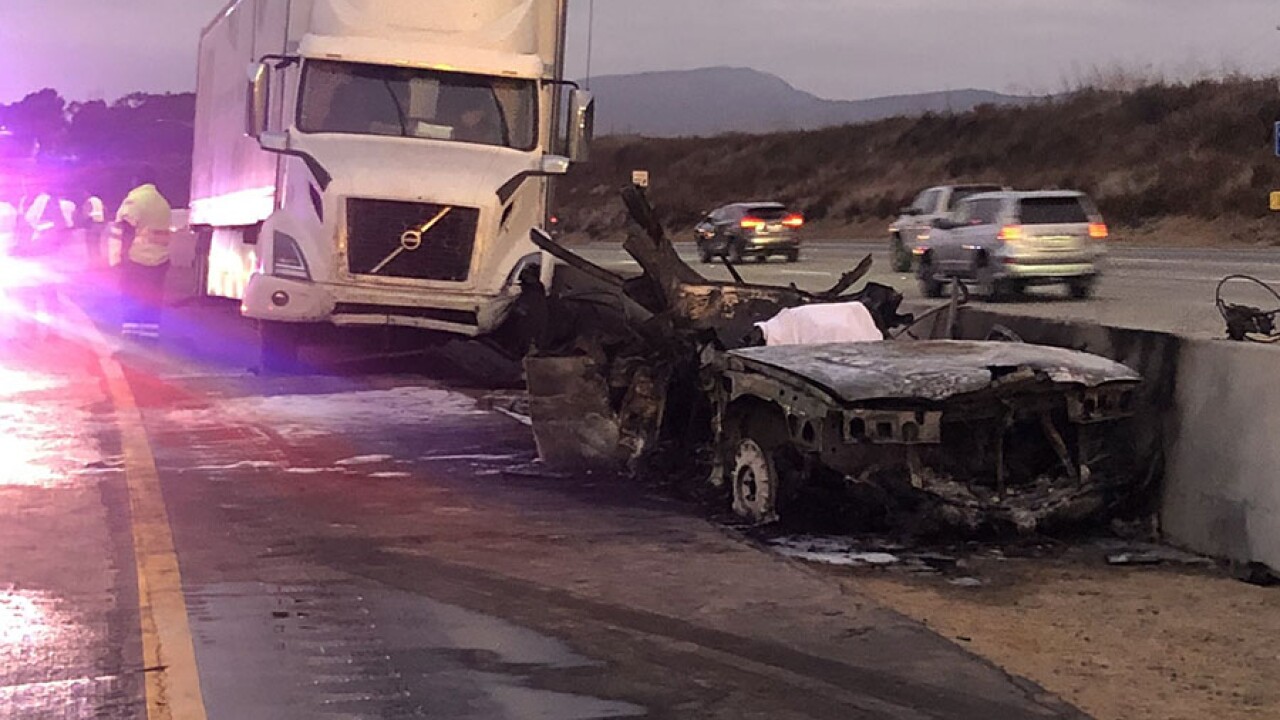 (KGTV) -- A person was killed early Monday morning when a semi-truck collided with a disabled car, causing the vehicle to burst into flames on Interstate 5 near Camp Pendleton.

California Highway Patrol officials said the incident happened on southbound I-5 near the Aliso Creek rest area shortly after 5 a.m.

Dispatchers received reports of a car stopped in the No. 4 lane, but as officers responded, dispatchers were notified moments later that a semi-truck struck the car.

The impact caused the big rig to pin the car against the center divider. The car immediately caught fire after the collision, the CHP reported.

CHP officials confirmed one person was in the car at the time of the collision and died. The person’s identity was not known as of Monday afternoon.

The incident forced the closure of all southbound I-5 lanes in the immediate area for at least two hours.