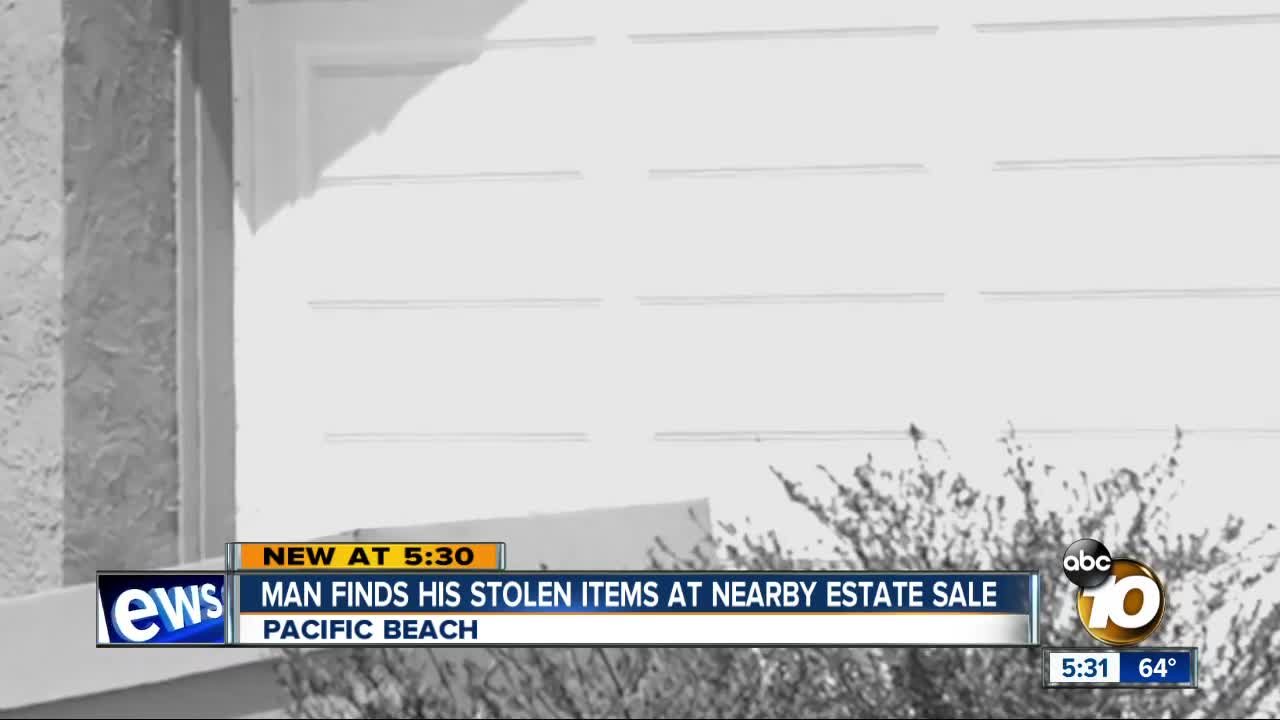 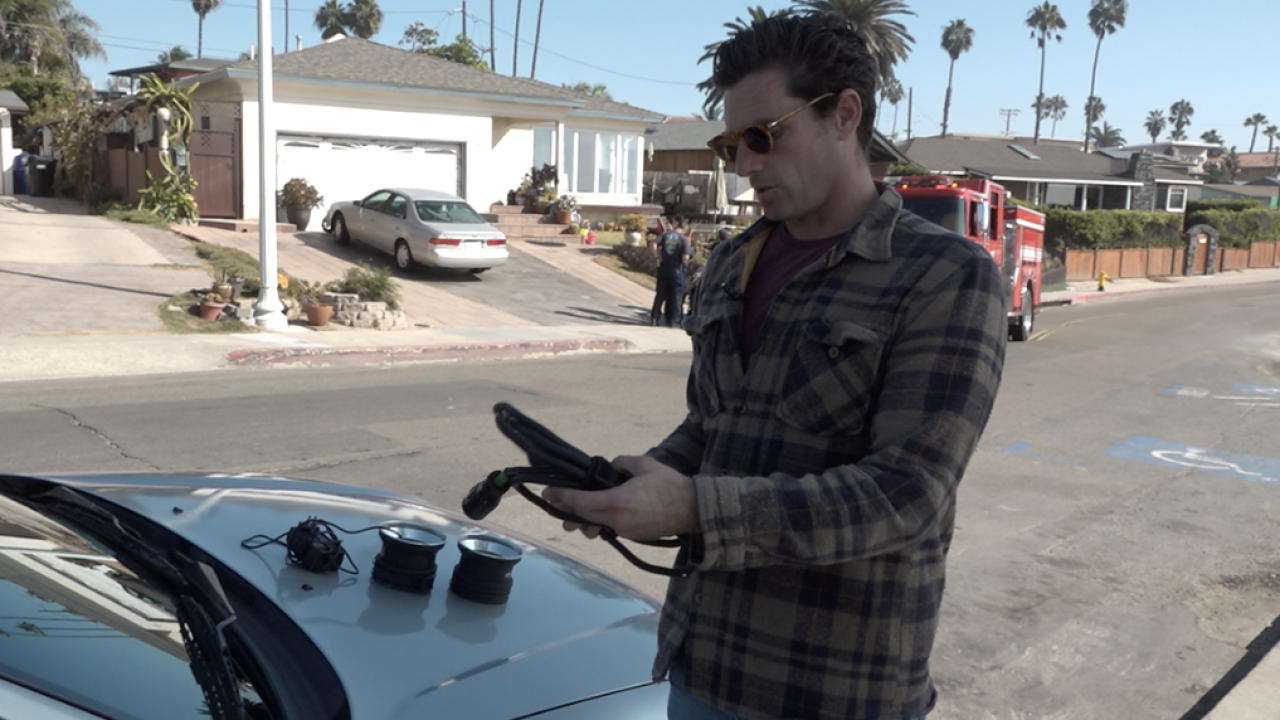 SAN DIEGO (KGTV) — Months after pricey photography equipment disappeared during a car burglary in Pacific Beach, the victim made a stunning discovery at an estate sale right in his own neighborhood.

Near Pacific Beach Drive and Ingraham Street in February, Danny Desanti came out and found all the doors of his hatchback open. Desanti, a professional photographer, had loaded up the night before for an early morning shoot in Santa Barbara.

"Didn't want to wake up my baby, so I loaded items the night before ... huge loss for me," said Desanti.

The loss was dozens of items and more than $5,000 worth of missing equipment, painful for a small business owner.

"Since then, I've been slowly buying the stuff back and renting the gear," said Desanti.

Nine months later, Desanti saw a sign for an estate sale less than a block from his home. The sale was taking place at a house of an elderly man he had never met.

He stopped by and after some browsing inside, something caught his eye. He looked around and saw a lighting clamp which looked very familiar. That's when he peered in for a closer look.

Written on the clamp was his last name. The clamp was stolen during the car break-in. He says he continued to browse and found a handful of other items that were taken, including cables and reflectors.

"Got goosebumps. The hair on back of neck stood up," said Desanti.

After he ran back home to get his police report, the company handling the estate sale let him have stuff back. Most of his stolen equipment has yet to be recovered.

"Anybody would bought any lighting equipment at the estate sale, I would really appreciate it if you would get in touch with me," said Desanti.

The questions linger. How did his equipment end up at the estate sale?

"You never think your neighbors would have your stolen goods," said Desanti.

If you think you may have bought some of the items, including battery packs, a tripod, and a light modifier, email Tips@10news.com.

10News did reach out to the son of the man who passed away and are waiting to hear back.