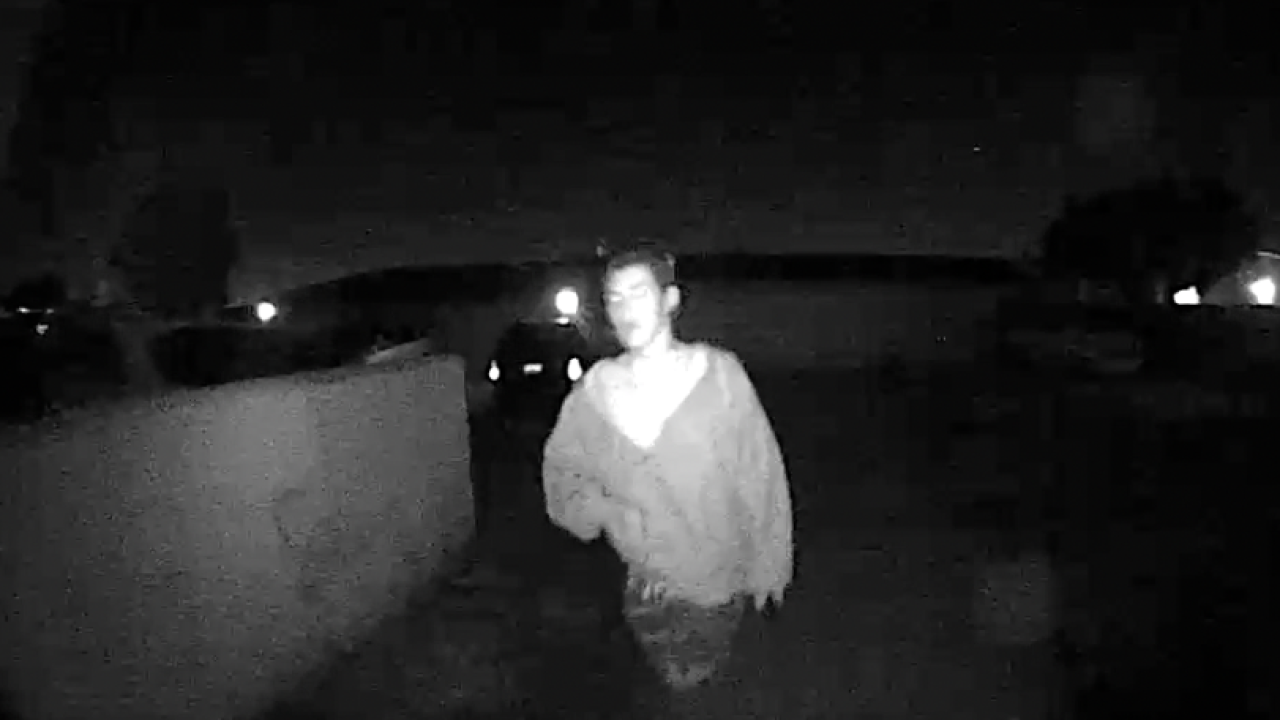 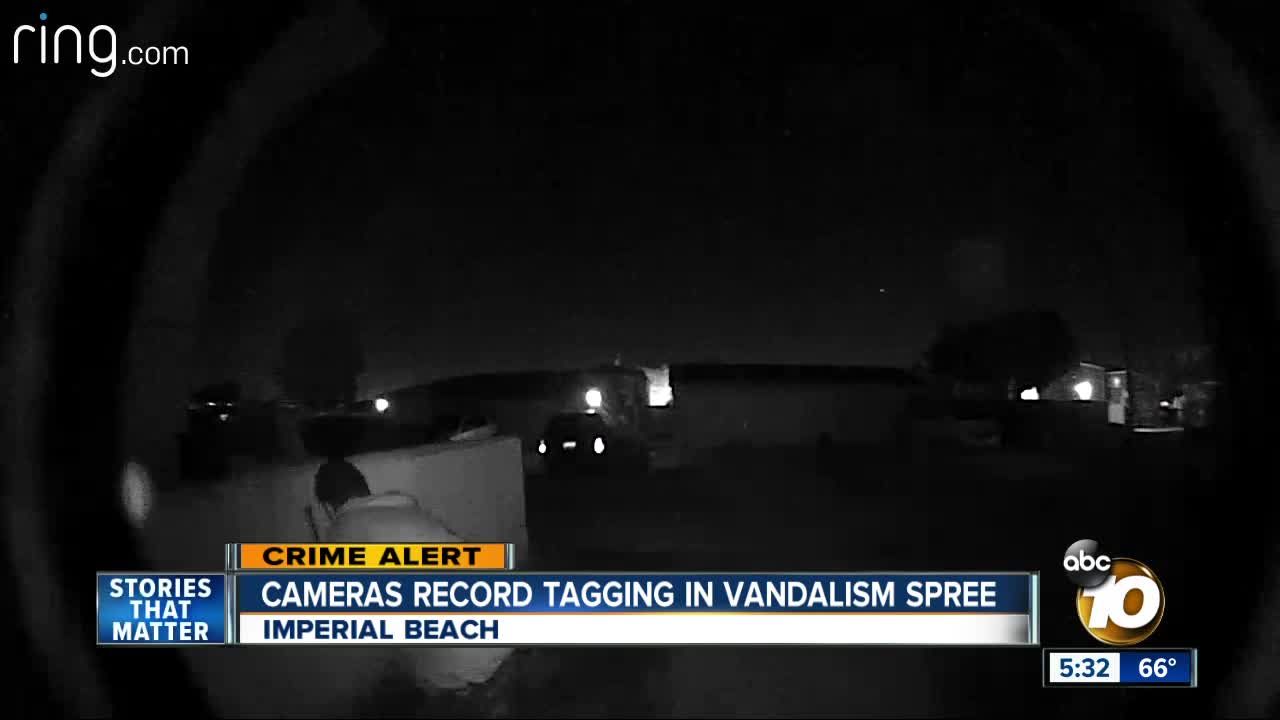 IMPERIAL BEACH, Calif. (KGTV) - Residents in one Imperial Beach neighborhood are hoping surveillance video will help put an end to an "endless" cycle of graffiti.

In an alley off 14th Street, Gary Copeland looks at his neighbor's brand new fence and can only shake his head.

"It's disgusting we have to look at all this graffiti," said Copeland.

On Monday around 4:30 a.m., a neighbor's motion-activated camera captured a man in a cap shaking a can of spray paint. In the next video recorded, one can hear the sound of spray paint before the man emerges from the dark.

Hours later and blocks away, a camera in another alley captured a man without a cap spray-painting a similar tag on the wall of another home.

"It's a nuisance is what it is," said Copeland.

Copeland's family has lived at his home for some four decades.

"You can see they've tagged my wall a few times. We've repainted, but they came back and re-tagged it," said Copeland.

Copeland says his wall has been hit three times in the past six months.

"It's never-ending deal ... there's always tagging. Up and down the alley all these fences are tagged ... It takes your sense of living in a good home and neighborhood to feeling like you're living in a slum," said Copeland.

If you have any information on the cases, call the Imperial Beach sheriff's station at 619-498-2400.