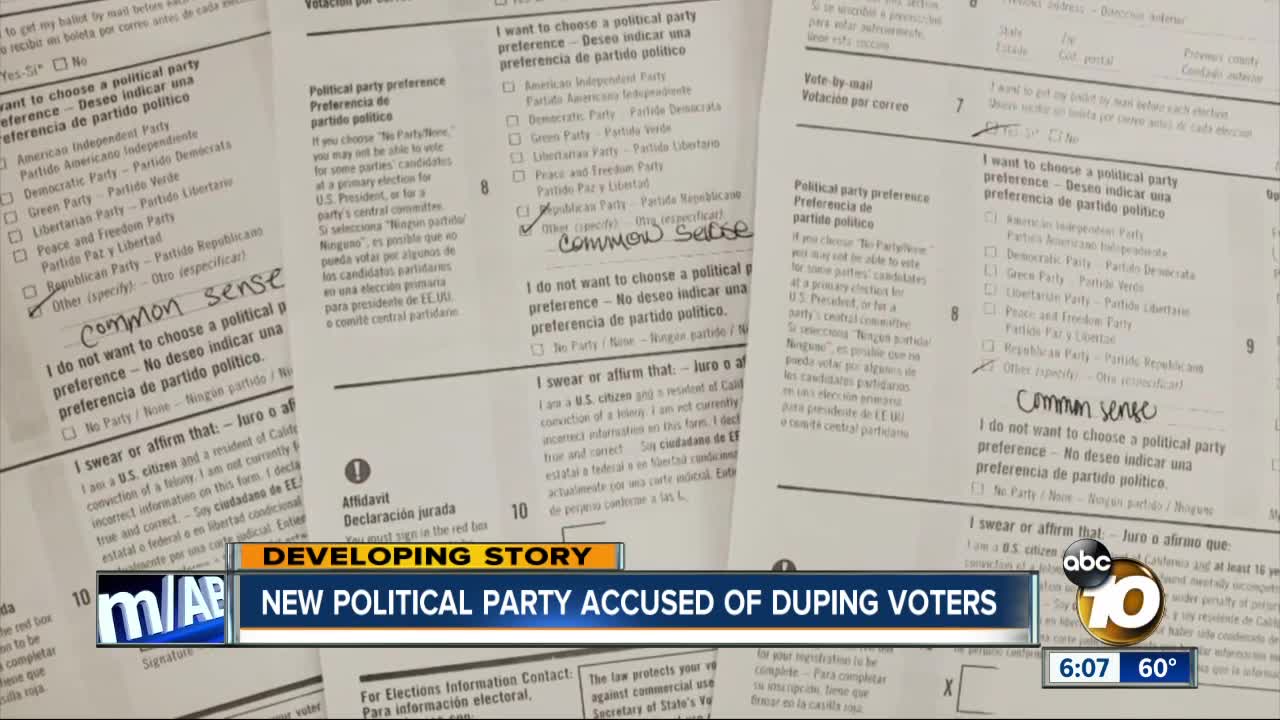 A new political party is accused of tricking some San Diego voters into joining them. 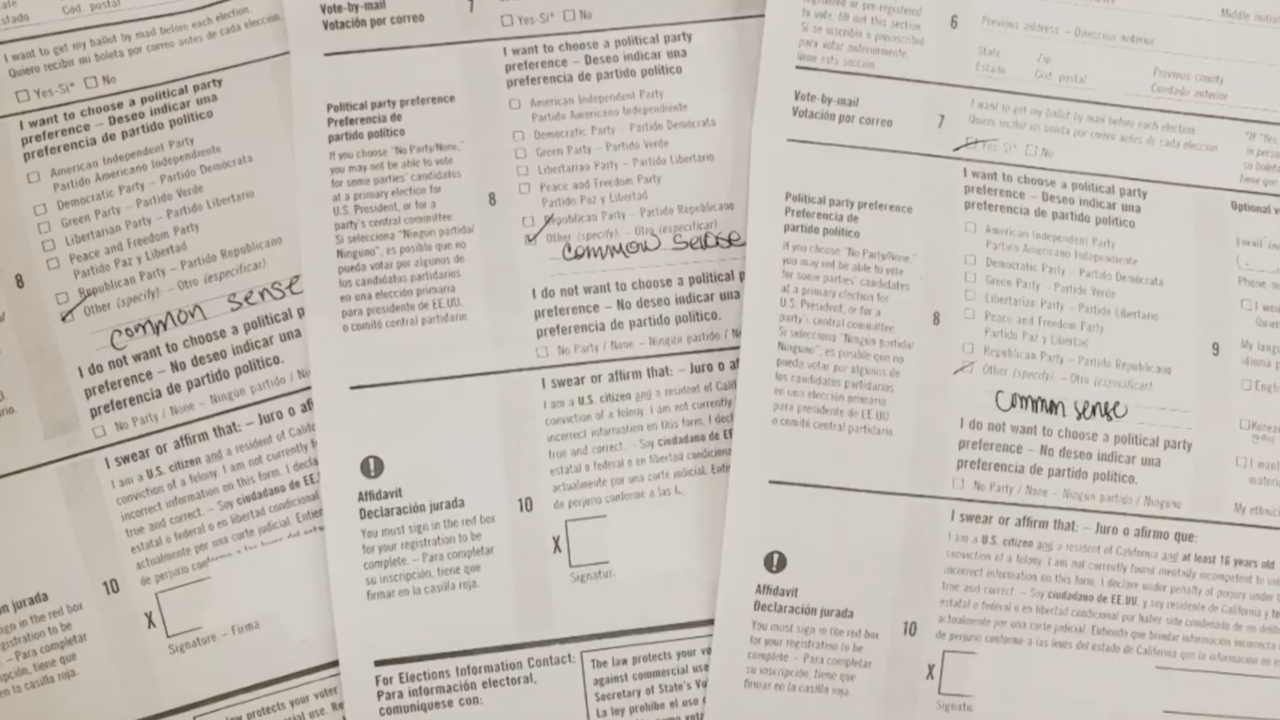 SAN DIEGO (KGTV) — A new political party is accused of tricking some San Diego voters into joining them.

San Diego Registrar of Voters' Michael Vu told 10News he has referred the matter to the District Attorney and the Secretary of State's Fraud Investigation Unit.

The Common Sense Party was founded by former Republicans and is currently attempting to get the 67,000 signatures needed to appear on future ballots as an state-recognized political party. A co-founder told 10News the party hired a third-party company in San Diego to help gather the signatures.

However, as first uncovered in an investigation by 10News media partner KPBS, dozens of San Diego voters who are registered for the Common Sense Party say they did not remember signing up and, in fact, had not even heard of the party.

Some said the signature gatherer told them they were signing a housing petition. Others said they were given a voter registration form that did not include a place to indicate party preference. When KPBS obtained the form that had been filed by the signature party gatherer for one of the voters, she said she hadn't made any changes.

"Oh, no. This is not something I recognize. That is not my handwriting. I don't remember signing this form out," SDSU student Kameron Dollinger said.

Julie Meier Wright, a well known civic and political leader who helped found the Common Sense Party, told 10News they are shocked by the accusations and are working to get to the bottom of what happened. 10News left a voice mail for the signature gathering company, but has not heard back.

Vu urges all San Diegans to check their registration online before going to vote, in order to ensure that they will get the proper ballot.