California wine prices may drop with oversupply of grapes 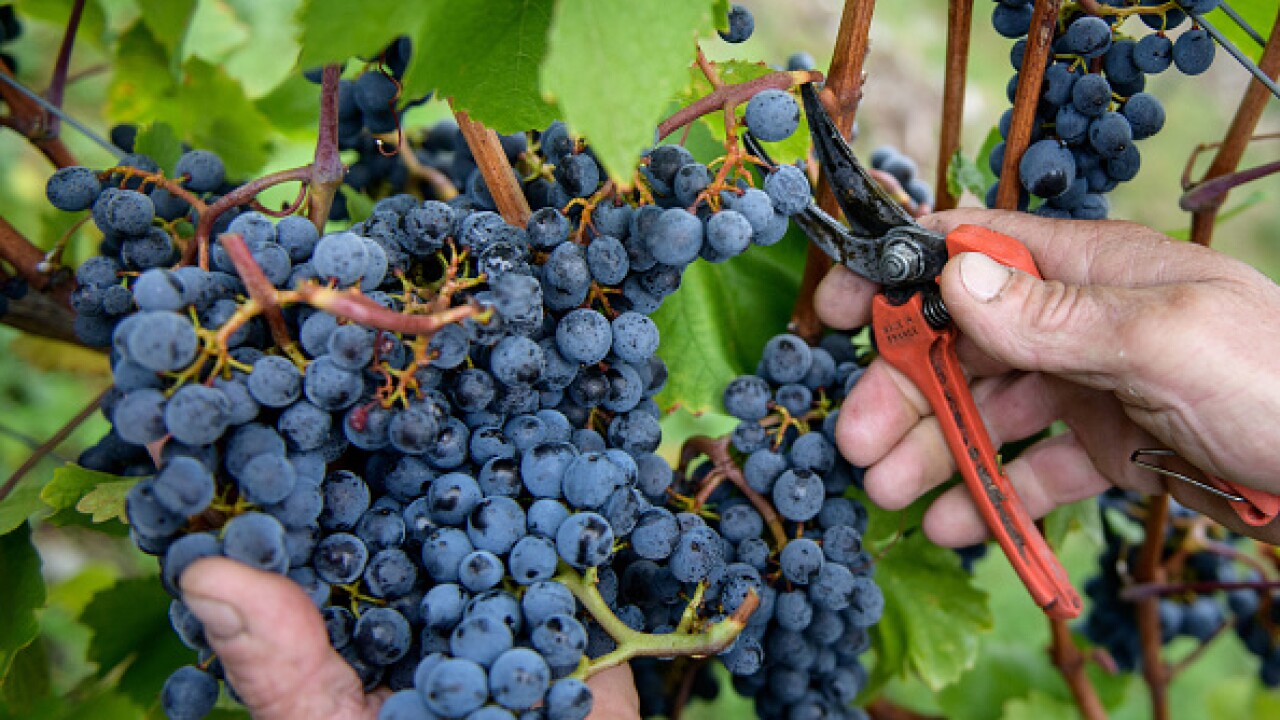 Thomas Lohnes/Getty Images
KROV, GERMANY - SEPTEMBER 25: Workers of the Patrick Kallfels winery harvest wine grapes from their vineyard in the Mosel region on September 25, 2018 near Kroev, Germany. Germany experienced an exceptionally long and hot summer this year that was devastating for many grain farmers but a boon to wineries, many of whom are expecting an exceptional vintage this year. (Photo by Thomas Lohnes/Getty Images)

SAN DIEGO (KGTV) — Wine industry experts believe the price of some California wines could drop after a bountiful two years of production has led to an oversupply of grapes.

An estimated 100,000 tons of grapes were "left behind," according to Allied Grape Growers, with the possibility of being far more.

"The relatively large 2018 crop pushed the industry over the edge, with most processors finally reaching the breaking point of inventory comfort," the AGG's January newsletter said. "Because overall wine shipments have not been growing in recent years, we simply cannot expect to 'grow' ourselves out of imbalance. The immediate mandate is simple – we have to 'shrink ourselves' back into balance."

Falling demand has helped to create the oversupply, with the demand falling every year since 2014, according to AGG. The agency says California's wine industry has lost about 7.5 million cases of wine exports over the last five years, or about 18 million gallons.

Now, in addition to getting the number of crops planted into balance with demand, the industry must also adjust to changing preferences, AGG says.

"Much like the U.S. consumer, the foreign consumer also has shifting tastes and preferences, along with hundreds of 'options' to choose from with regard to not only wine, but beverage alcohol in general," the newsletter reported.