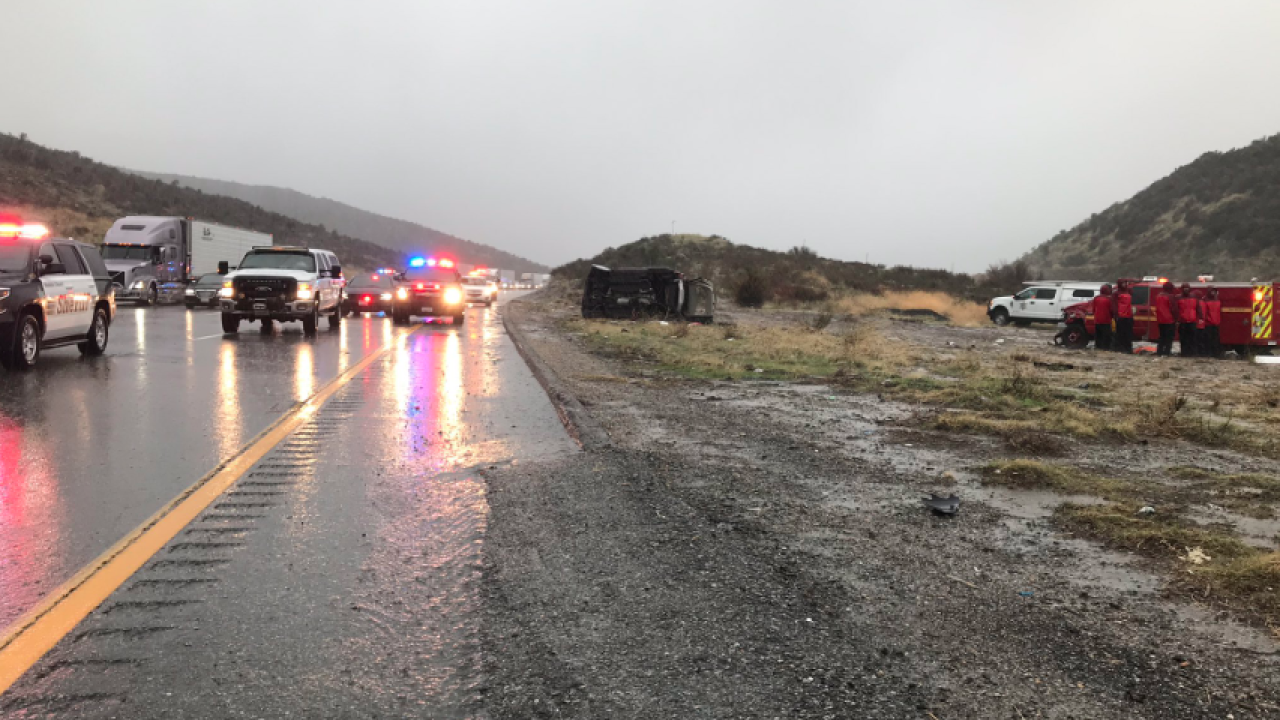 (AP) — Authorities say a volunteer member of a sheriff's search and rescue team was struck by a vehicle and killed after stopping to help at the scene of a highway traffic collision during heavy rain in Southern California.

Ventura County sheriff's Sgt. Eric Buschow says several people, including two other members of the team, were hurt in the two crashes Saturday on Interstate 5.

Buschow says the team was heading for a training exercise when it stopped to provide aid in the Pyramid Lake area of Los Angeles County. He says another vehicle plowed into them.

VCSO Fillmore SAR Team member Jeff Dye was helping people at a traffic collision when he was struck and killed by another vehicle. We mourn the loss of our family member today. pic.twitter.com/yEc1HHxdlt

The second in a string of powerful storms moved into Southern California Saturday, bringing down trees, flooding roadways and prompting evacuations in wildfire burn areas where intense downpours could loosen bare hillsides and cause mudslides.

Flash flood watches and wind warnings were issued for the southern part of the state after being lifted in the San Francisco Bay Area.

Motorists were urged to avoid travel in mountain areas where heavy snow is expected.

The National Weather Service says some sections of greater Los Angeles could see 4 inches (10 centimeters) of rain before the system loses steam.

It will be followed by additional — though less powerful — storms into next week.