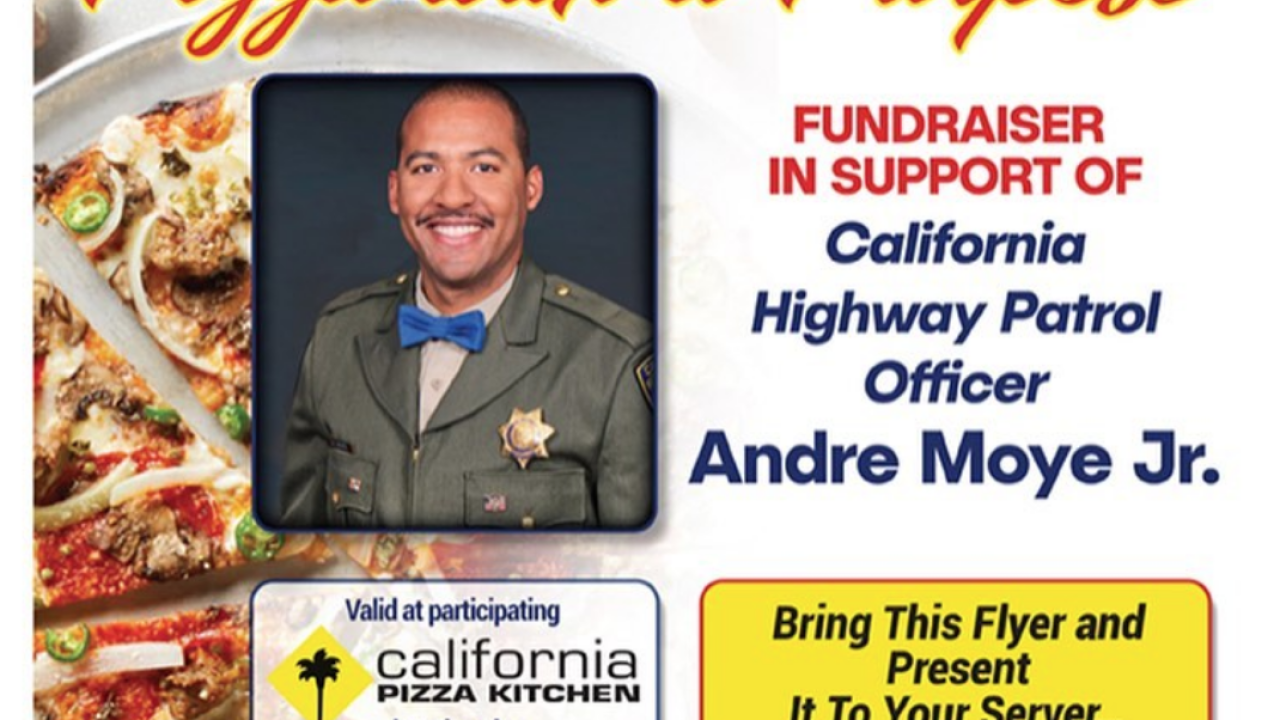 Twenty percent of proceeds from sales on Tuesday will be donated to a fund created in Officer Moye's memory.

CPK officials say customers can mention the fundraiser, show a flyer on their phone or bring in a printed version to have a portion of their bill donated.

On Aug. 12 around 5:35 p.m., CHP Officer Andre Moye, Jr. stopped the driver of a white GMC pickup for an unknown offense off the 215 Freeway in Riverside.

At some point during the traffic stop, Moye decided to impound the man’s vehicle and called for a tow truck.

While Moye was filling out paperwork, the man got a rifle from his truck and started shooting at the officer.

Moye returned fire, and even though he had been shot, he was able to radio for help.

Moye graduated from the CHP Academy on March 3, 2017, and was assigned to the Riverside County area.

He is survived by his wife, Sara, and his father, mother, stepfather, brothers and sisters.