SAN DIEGO (KGTV) —California public health officials announced Friday that it has hit its goal of two million vaccinations to residents in the state's most vulnerable communities, triggering new guidance that allows purple tier counties to move up to the red tier sooner.

The adjustment to California's tier-system will allow purple counties to reopen more outdoor and some indoor activities sooner, and avoid having to reach the traditional seven case rate per 100,000 people threshold for the red tier. Purple-tier counties will only need to hit a case rate of 10 or lower.

Starting Sunday, March 14, the state says 13 counties will be in the less restrictive red tier, including Los Angeles, Orange, and San Bernardino counties.

San Diego County and 12 other counties are expected to move into the red tier on Tuesday, the state added, and that adjustment will take effect on Wednesday, March 17. 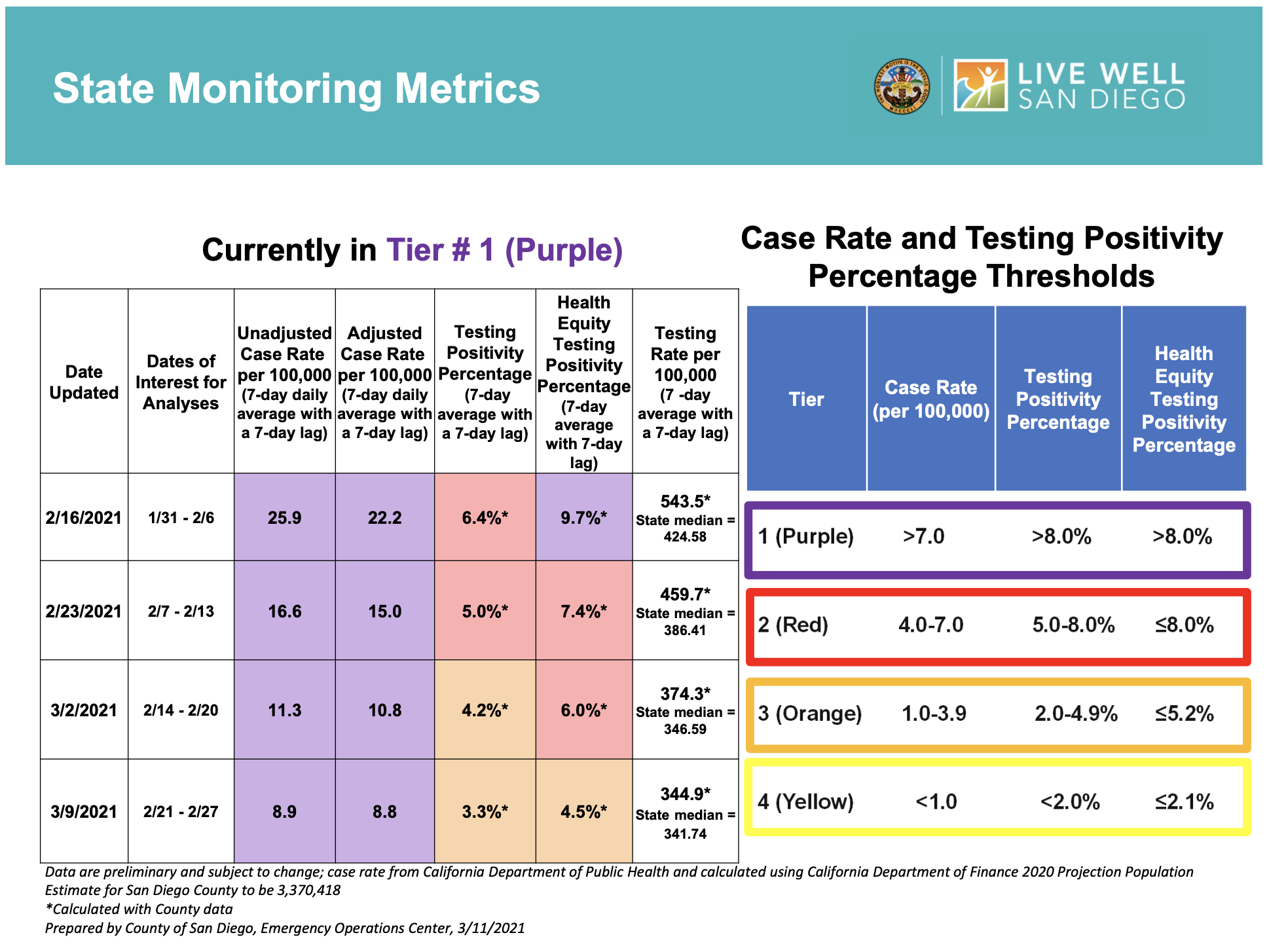 County Supervisor Nathan Fletcher said earlier this week that there is "a high probability and likelihood that by next Wednesday we will descend into that [red] tier ... We obviously have to wait and see what our numbers are next Tuesday, but we feel confident that that will happen."

Once in the red tier, restrictions on outdoor and some indoor operations would ease, including:

Being in the red tier also loosens restrictions around theme parks and stadiums starting April 1: 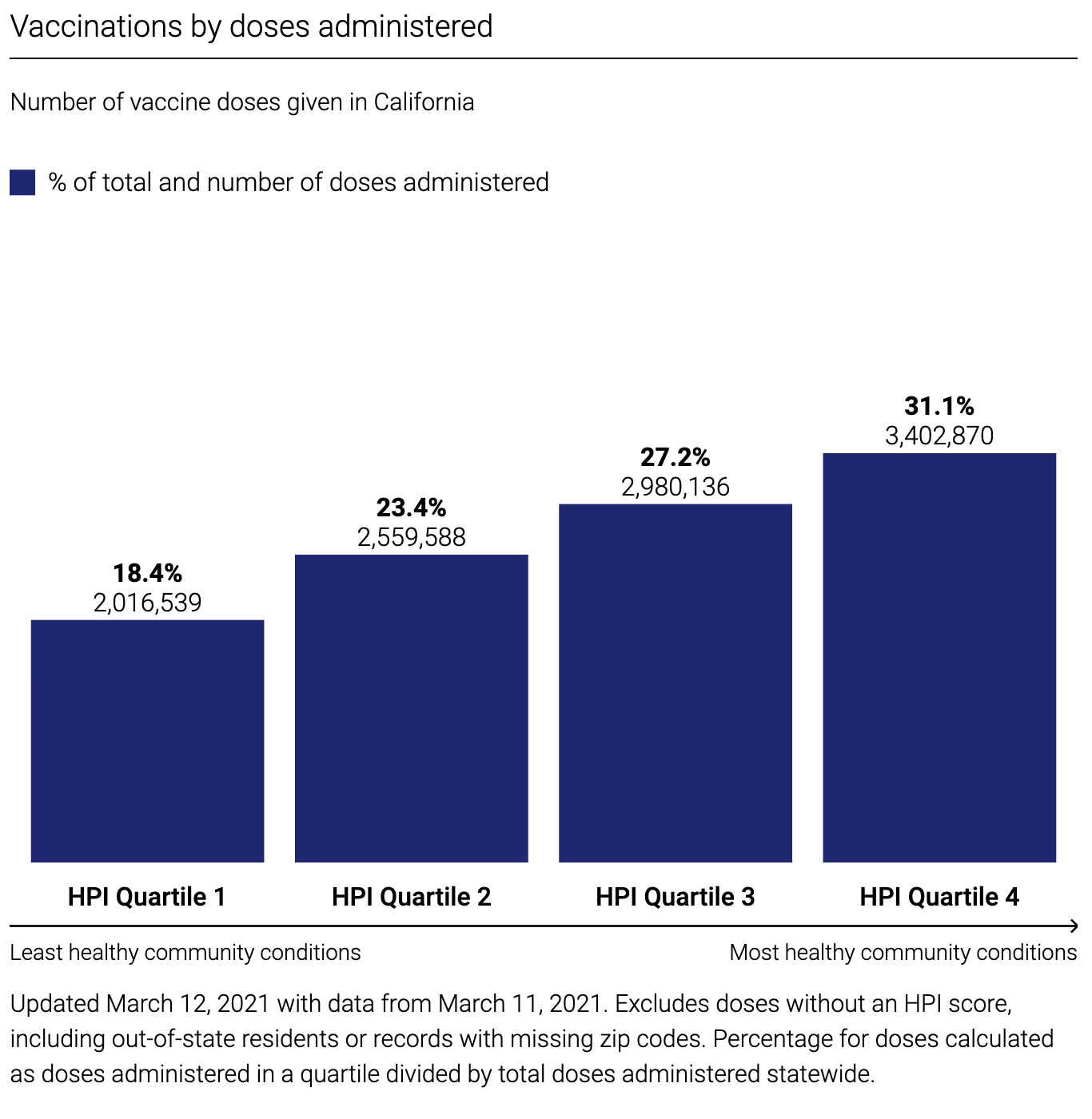 Gov. Gavin Newsom has said the state will continue to set aside 40% of vaccines for residents in zip codes identified as most vulnerable to the spread of the virus.

After four million vaccines administered to these communities, the minimum case rate needed for the red tier would increase from four to six per 100,000 people.