What to know if your wildfire insurance gets dropped 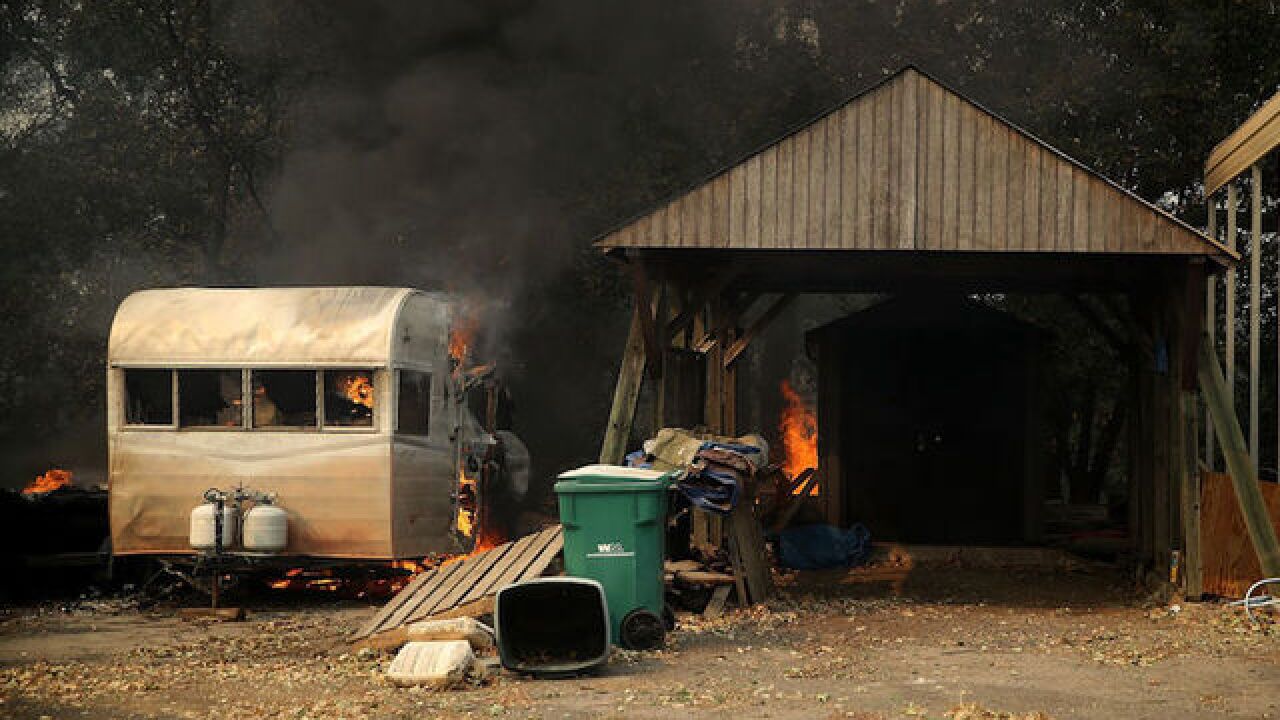 Copyright Getty Images
Justin Sullivan
Fire burns a trailer and parking structure as an out of control wildfire moved through the area on October 9, 2017 in Napa, California. Tens of thousands of acres and hundreds of homes and businesses have burned in widespread wildfires that are burning in Napa and Sonoma counties. (Photo by Justin Sullivan/Getty Images)

SAN DIEGO (KGTV) -- Following several years of record-breaking fires around California, the state’s department of insurance is letting residents know they have options if their insurance gets dropped.

Under Proposition 103, a law approved by voters in 1988, insurers are required to file rate changes with the California Department of Insurance. Although the department doesn’t set rates, state law requires that insurers’ rates are based on a demonstrated risk of loss.

New laws that both took effect in 2019 also offer some protection.

One of the laws specifies that homeowners living in a declared wildfire disaster area or adjacent zip codes receive one year of protection from non-renewal.

The state also extended protections against non-renewal for people who suffer a total loss during a fire to two automatic renewals or 24 months.

If you find yourself in the middle of a non-renewal, the department lists specific rights California residents have:

For anyone who can’t find insurance, the department has another option. The FAIR plan is available to all homeowners as a last option for coverage. The maximum limit written by the plan on residential property is $1,500,000.

According to the department, insurance companies use different tools and maps to determine high-risk areas around the state.