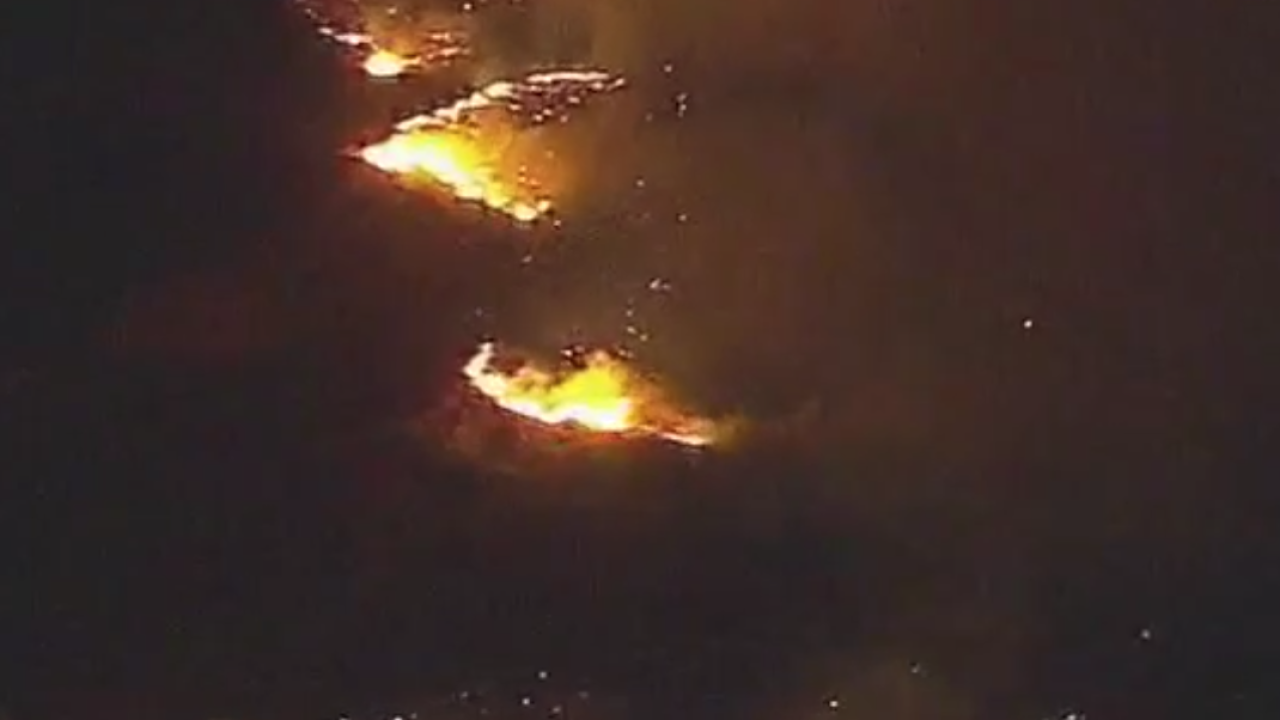 News station ABC7 is reporting that the 15-acre blaze, named Saddleridge Fire, is burning near homes and power lines.

The fire erupted around 10 p.m. near the westbound 210 Freeway near Yarnell Street, according to the Los Angeles Fire Department.

Flames stopped traffic along the 210 when the fire jumped from the westbound side to the eastbound side. Motorists are advised to avoid the area.

Firefighters are facing strong Santa Ana winds which fueled several fires up and down California on Thursday.

The Los Angeles Fire Department announced evacuations in the city of Sylmar.

"There are currently evacuations underway being directed by firefighters in the neighborhood affected," fire officials said.

DEVELOPING: This story will be updated as more information becomes available.