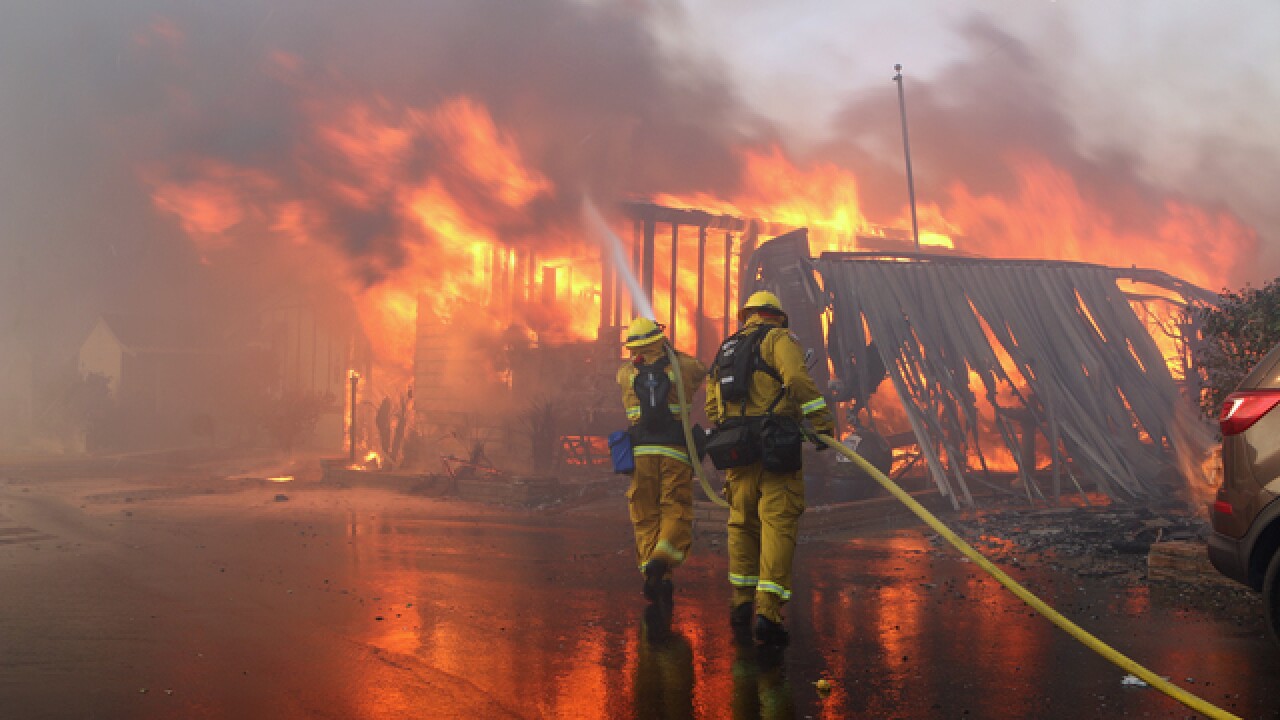 Copyright 2017 Scripps Media, Inc. All rights reserved. This material may not be published, broadcast, rewritten, or redistributed.
Jeff Hall/Cal Fire

SAN DIEGO (KGTV) -- 2020's historic wildfire season has scorched over millions of acres and ravaged communities throughout California. Survivors up and down the West Coast were forced to flee their homes given only a moment's notice, many leaving behind everything they owned to escape the deadly and catastrophic blazes.

This is why ABC 10News San Diego is partnering up with sister ABC stations across California to help those families in need by hosting this Day of Giving for Western Wildfires.

On Thursday, Sept. 17, we will be taking calls and donations by visting redcross.org/abc.

The Red Cross has mobilized a massive relief effort to ensure that those impacted by the fires have food, shelter, and critical care during their time of need.

If you would like to help, you can make a donation at redcross.org/abc.