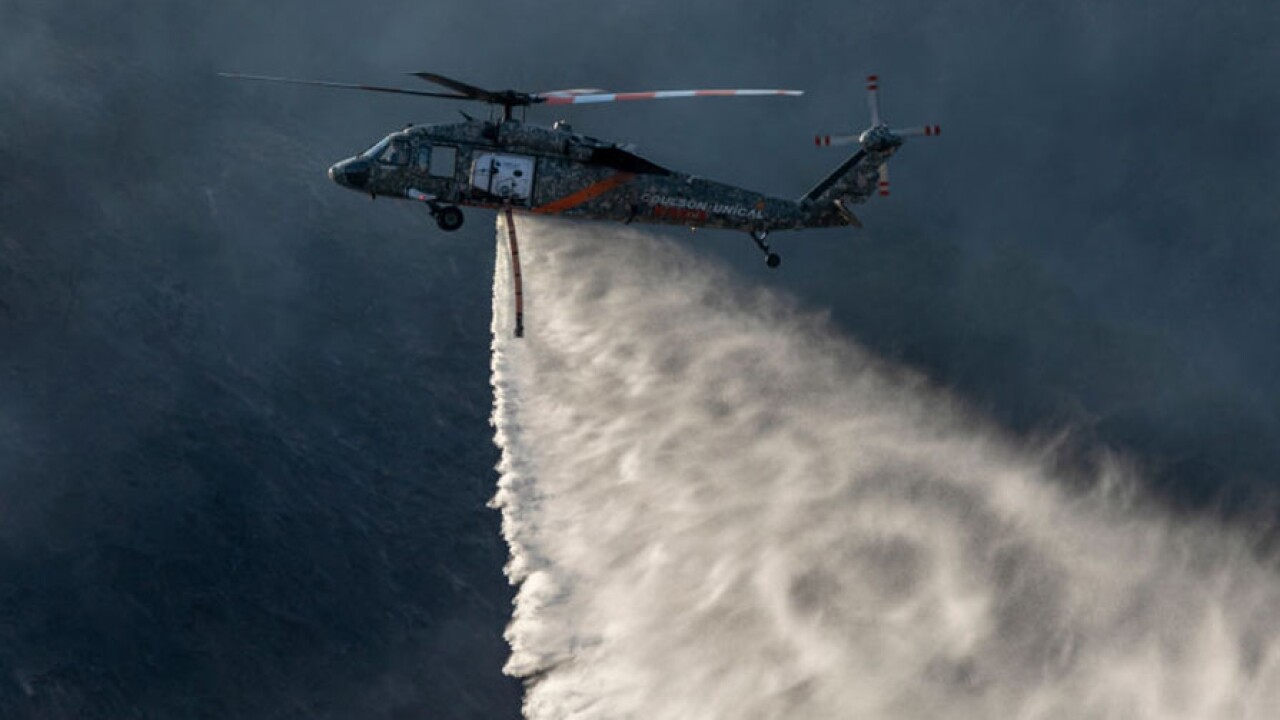 LOS ANGELES (CNS) -- More evacuation orders were lifted Thursday in the area of the Getty Fire in the Sepulveda Pass as fire crews continued efforts to extend containment lines around the four-day-old blaze amid continued gusting winds.

The bulk of evacuation orders, which at one point affected 10,000 homes and commercial buildings, were lifted Wednesday night. On Thursday morning, the Los Angeles Fire Department shrank the evacuation zone again.

It was unclear how many residents live in the affected area.

At the height of the fire, the evacuation zone stretched from the San Diego (405) Freeway west to Temescal Canyon Road, between Sunset Boulevard and Mulholland Drive.

As of Thursday morning, the fire was listed at 745 acres, with containment at 39%.

The fire has destroyed 12 homes -- many along Tigertail Road -- since erupting around 1:30 a.m. Monday and five other homes were damaged. Two firefighters have suffered minor injuries battling the blaze.

Fire officials said Wednesday night crews would be focusing efforts on the southern boundary of the remaining evacuation zone. Firefighters were also working to douse any remaining hot spots in the burn area, with Santa Ana winds expected to continue gusting through the area, possibly at speeds of 30 to 50 mph, amid single-digit humidity levels.

"The red flag warnings will expire for some areas on time at 6 p.m. this evening, and although weaker and more localized winds are expected tonight through Friday they should be just strong enough to keep critical conditions going through Friday in the windiest locations," National Weather Service forecasters said in a statement around mid-morning Thursday. "Use extra caution with any potential ignition sources, and residents in high fire risk areas should be ready and set to evacuate if emergency officials say so."

Authorities have expressed fear about the gusting winds potentially sparking flare-ups within the Getty Fire area, or carrying smoldering embers to new locations and setting off new blazes.

Meanwhile, the bulk of Los Angeles Unified School District that had been closed after the fire erupted early Monday morning were back open, with the exception of Kenter Canyon Elementary, Topanga Elementary Charter and Palisades Charter High School. All schools in Malibu also remained closed out of an abundance of caution due to the red flag conditions, according to the Santa Monica-Malibu Unified School District.

Evacuation centers for people forced out of their homes by the Getty Fire remain open round-the-clock at the Westwood Recreation Center at 1350 S. Sepulveda Blvd., near Wilshire Boulevard, and the Palisades Recreation Center, 851 Alma Real Drive.

The Los Angeles Police Department on Wednesday began escorting residents still under evacuation orders back to their homes -- for about 10 minutes -- to allow them to retrieve medications or pets they may have left behind when they were evacuated. Escorts were being provided from three locations:

Authorities confirmed Tuesday afternoon the Getty Fire was caused by gusting winds that severed a tree branch and blew it into a Department of Water and Power electrical line, causing sparks that fell onto the brush below.

The San Diego Freeway, a southbound stretch of which was closed for much of the day Monday, was open through the Sepulveda Pass, and all exit ramps between the Ventura (101) Freeway in Sherman Oaks to Sunset Boulevard reopened about 9 p.m. Wednesday, with the exception of the Skirball Center Drive offramp, authorities said.

Southbound Sepulveda Boulevard was open, except for the stretch between Skirball Center Drive and Sunset Boulevard, which was restricted to residents with I.D. only, according to the LAFD.

The Getty Center museum was not believed to be in immediate danger from the flames. Officials there said Getty Center and the Getty Villa in Pacific Palisades would be closed through Friday to ensure fire crews had adequate access to the area to fight the flames.