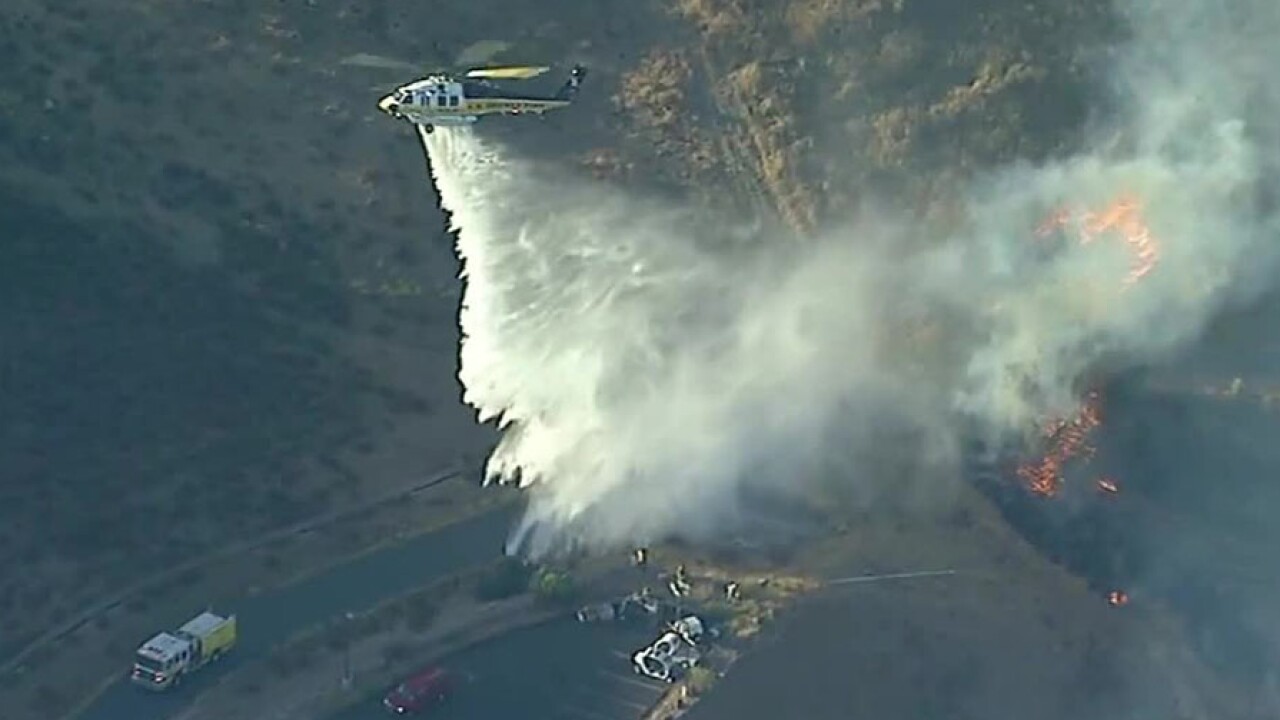 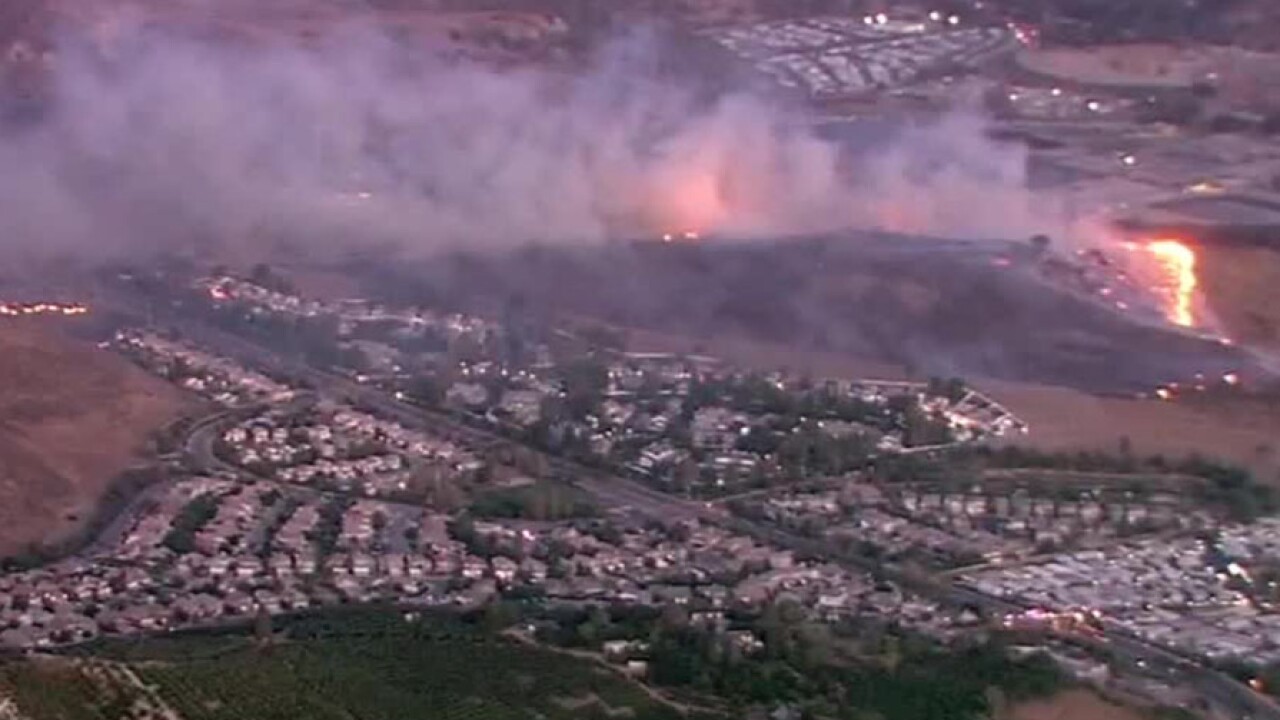 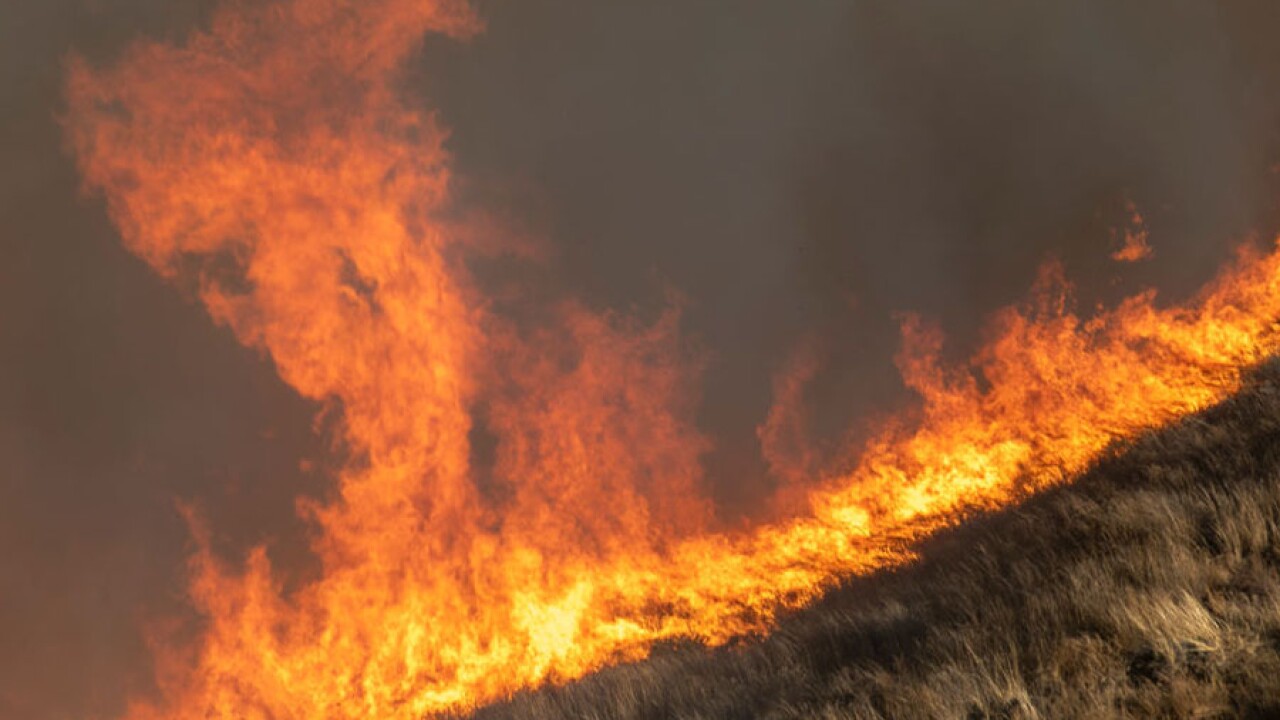 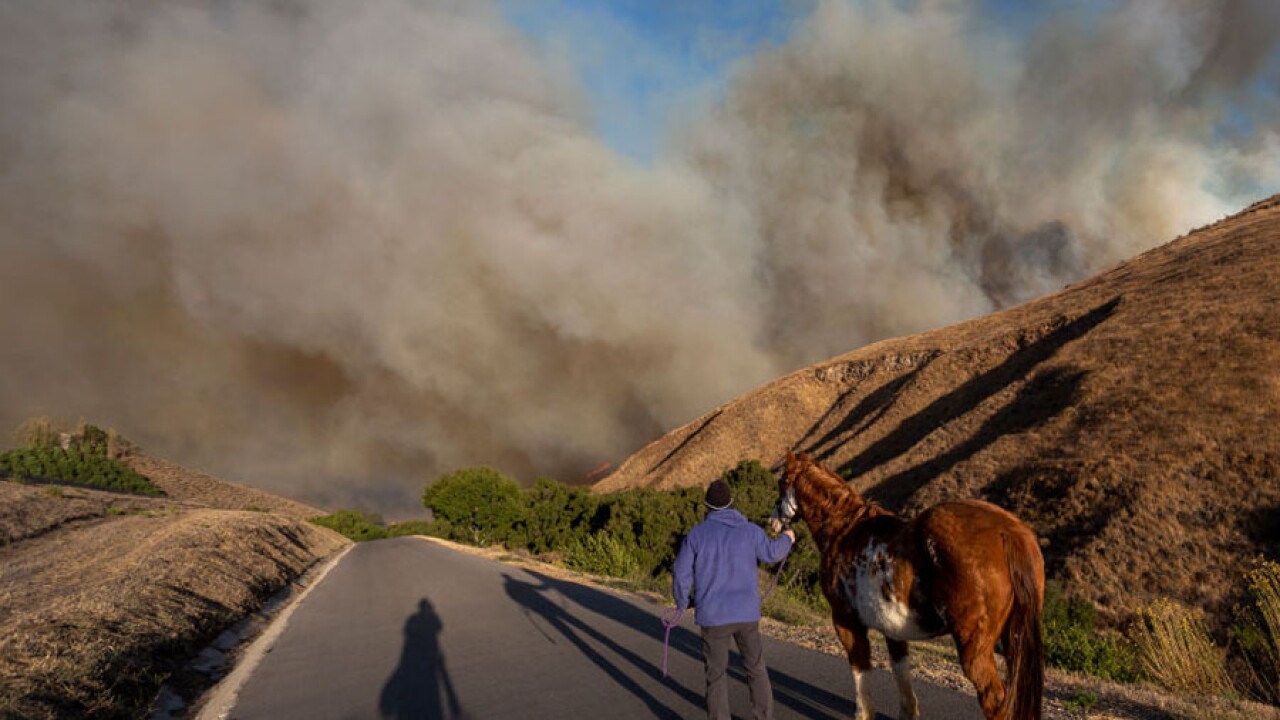 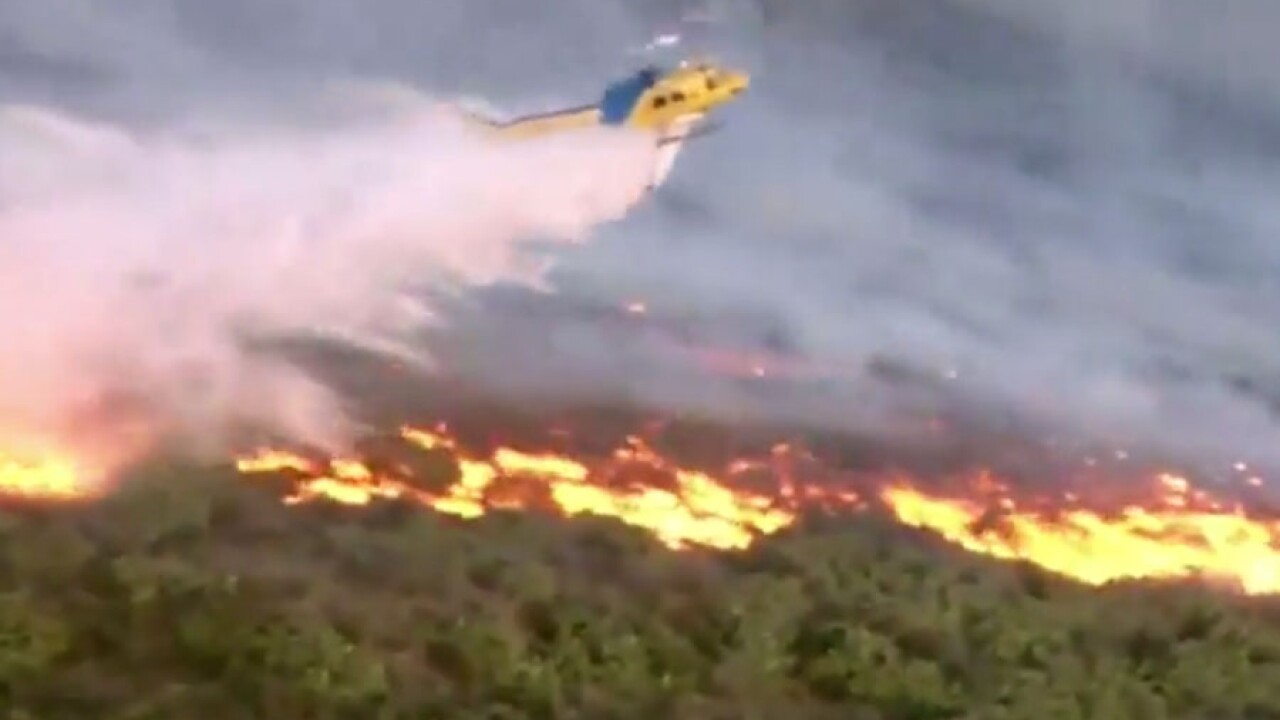 (KGTV) -- A brush fire erupted along a hillside in Simi Valley Wednesday morning amid dangerous fire weather conditions, forcing mandatory evacuations of nearby homes and the Reagan Presidential Library.

The blaze, dubbed the Easy Fire, broke out shortly after 6 a.m. in an area near West Los Angeles Avenue, according to Ventura County Fire Department officials.

Officials said over 20,000 residents are under mandatory and voluntary evacuation orders. See a complete list of evacuation zones.

The fire's proximity to the Ronald Reagan Presidential Library (40 Presidential Dr.) prompted the evacuation of the facility.

Library spokeswoman Melissa Giller told the Associated Press that the hilltop museum iwas not damaged. She said that the flames came within about 30 yards of the property but that it was protected by aircraft dropping water and by a firebreak, or a buffer zone cleared of brush.

Hundreds of goats are brought in each year to eat away vegetation that could fuel wildfires on the 300-acre grounds, Giller told AP. Reagan and his wife, Nancy, are buried next to each other on a hillside at the library.

Updated information on the Easy Fire can be found at http://www.vcemergency.com.