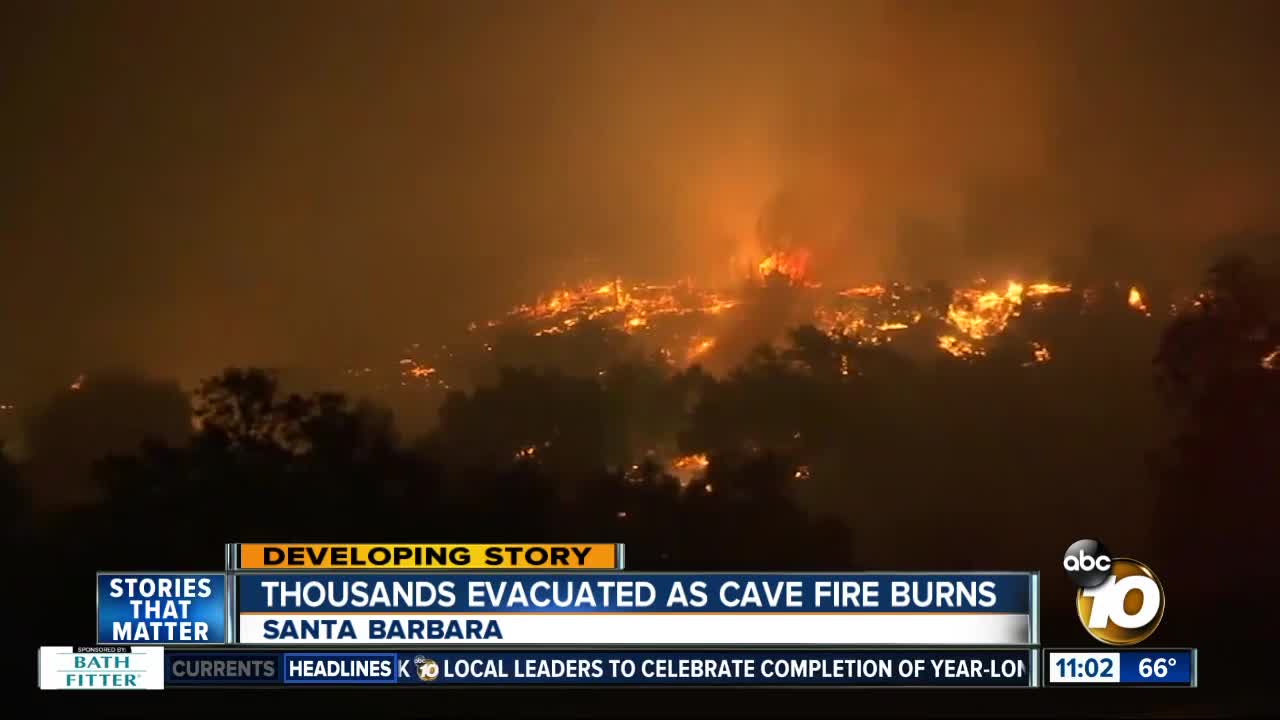 Thousands of residents were forced to flee from their homes after a wildfire erupted in the mountains near Santa Barbara. 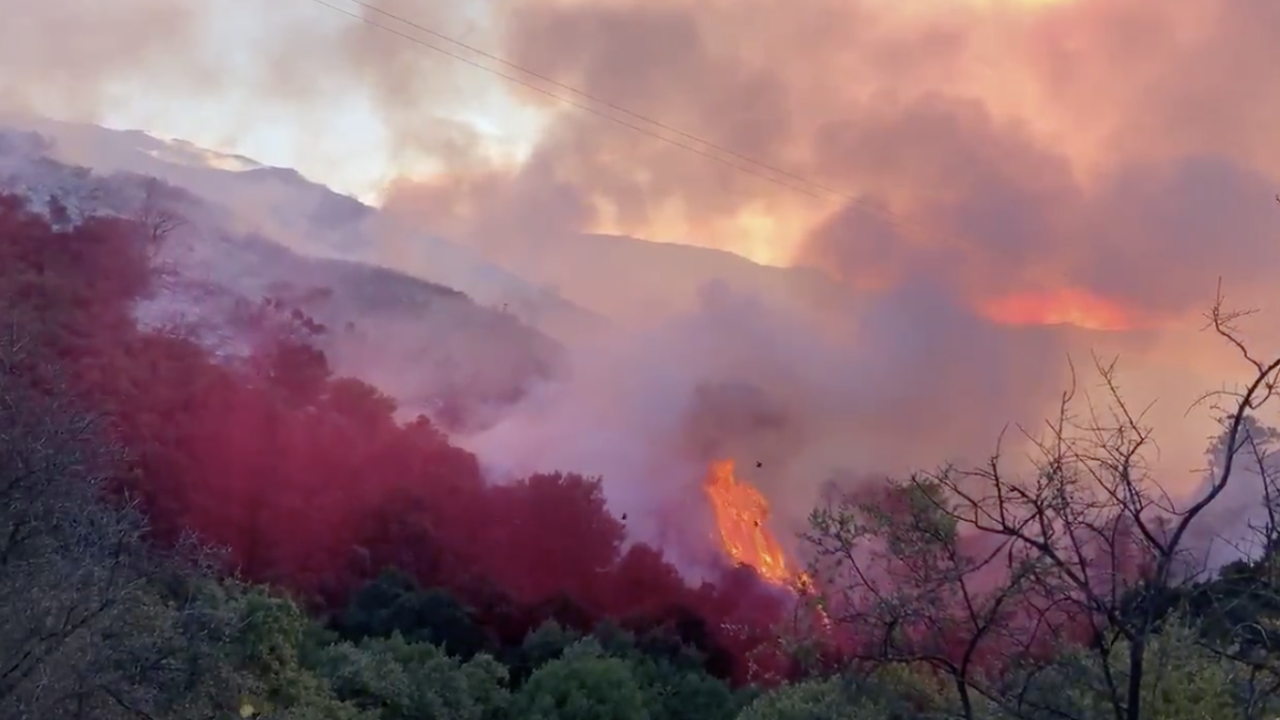 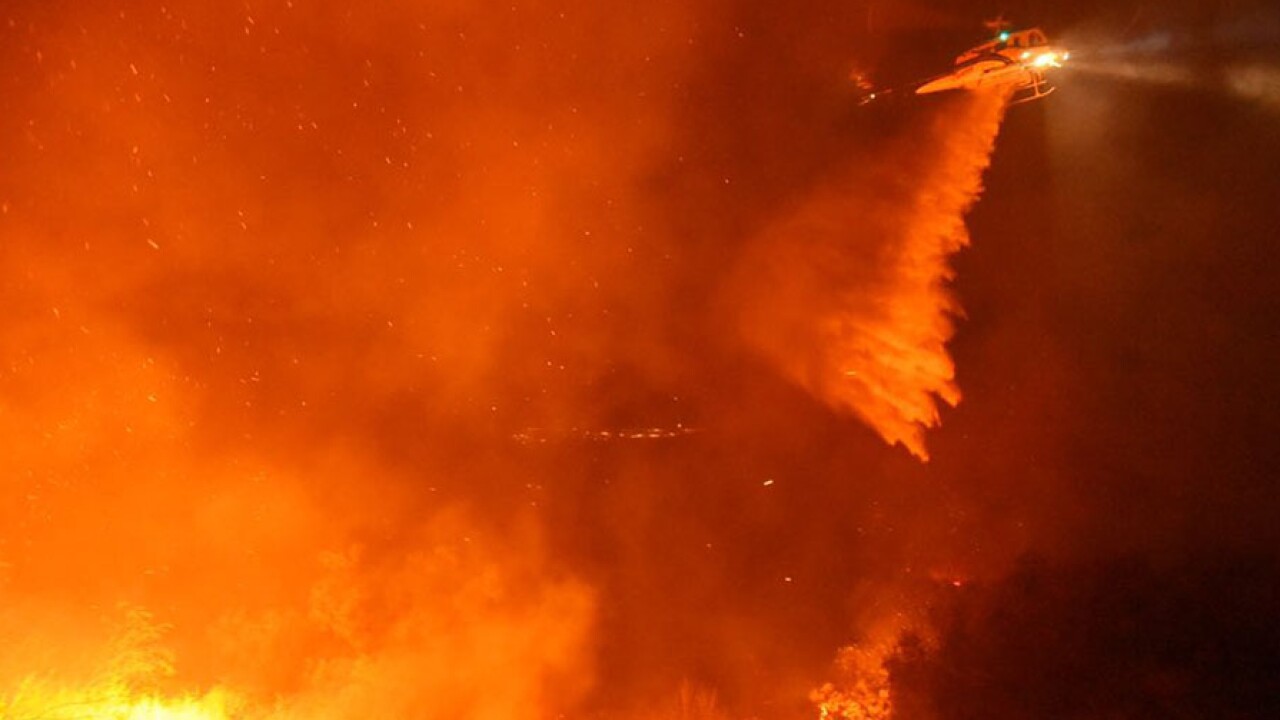 SANTA BARBARA, Calif. (KGTV) -- Thousands of residents were forced to flee from their homes after a wildfire erupted in the mountains near Santa Barbara.

The so-called Cave Fire erupted at around 4:15 p.m. Monday along Highway 154 and East Camino Cielo, in the Los Padres National Forest, according to 10News’ Scripps sister station KSBY.

Just before 8 p.m., the fire exploded in size to about 2,500 acres burned, prompting the evacuation of thousands of area residents.

As of 4:30 p.m. Tuesday, Santa Barbara County fire officials said the Cave Fire has scorched 4,330 acres and is 10 percent contained. No homes have been destroyed and no injuries have been reported.

#CaveFire- A Cal Fire S-2 makes a phos-chek drop near a home on the east side of Painted Cave Road Tuesday morning in Santa Barbara County. pic.twitter.com/2pKkgYV1gx

Officials said around 2,400 structures were threatened by the flames, but none of burned as of Tuesday morning.

Santa Barbara County officials said southern parts of the county were experiencing power outages due to the fire. According to county officials: “Outages have been reported in unincorporated areas between the cities of Goleta and Santa Barbara, along Highway 154 through Mission Canyon, and parts of Summerland and Carpinteria.”

A lengthy stretch of Highway 154, as well as numerous public surface roadways, have been closed.

Weather forecasts call for winds with gusts of 60 to 70 mph at times into Tuesday morning, but rain is expected later in the day.