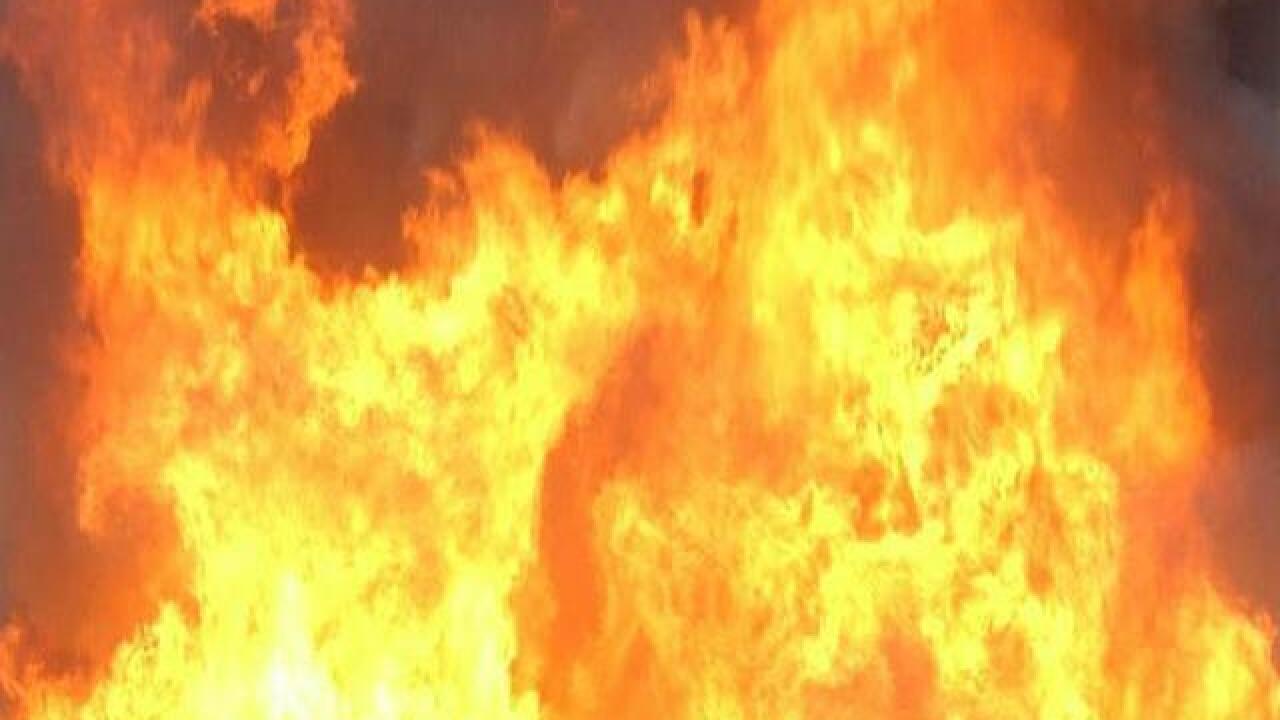 (AP) -- Authorities say two people driving a stolen car during a police chase pulled their damaged vehicle into a field and ignited a wildfire that prompted evacuations in the Riverside County city of Jurupa Valley.

Riverside Police spokesman Officer Ryan Railsback said Thursday the two suspected car thieves who were arrested will be charged with arson in addition to other offenses.

As of 12 p.m., the 46 Fire has burned about 300 acres and destroyed at least three homes and two outbuildings. Containment was at 5%, with mandatory evacuations in place.

Railsback said the chase lasted 3 to 4 miles shortly after midnight Thursday before the pair abandoned the damaged vehicle near the 5300 block of 46th Street and tried to run away before being caught.

He said the heat from the vehicle and its tires caused the fire but did not provide more details.