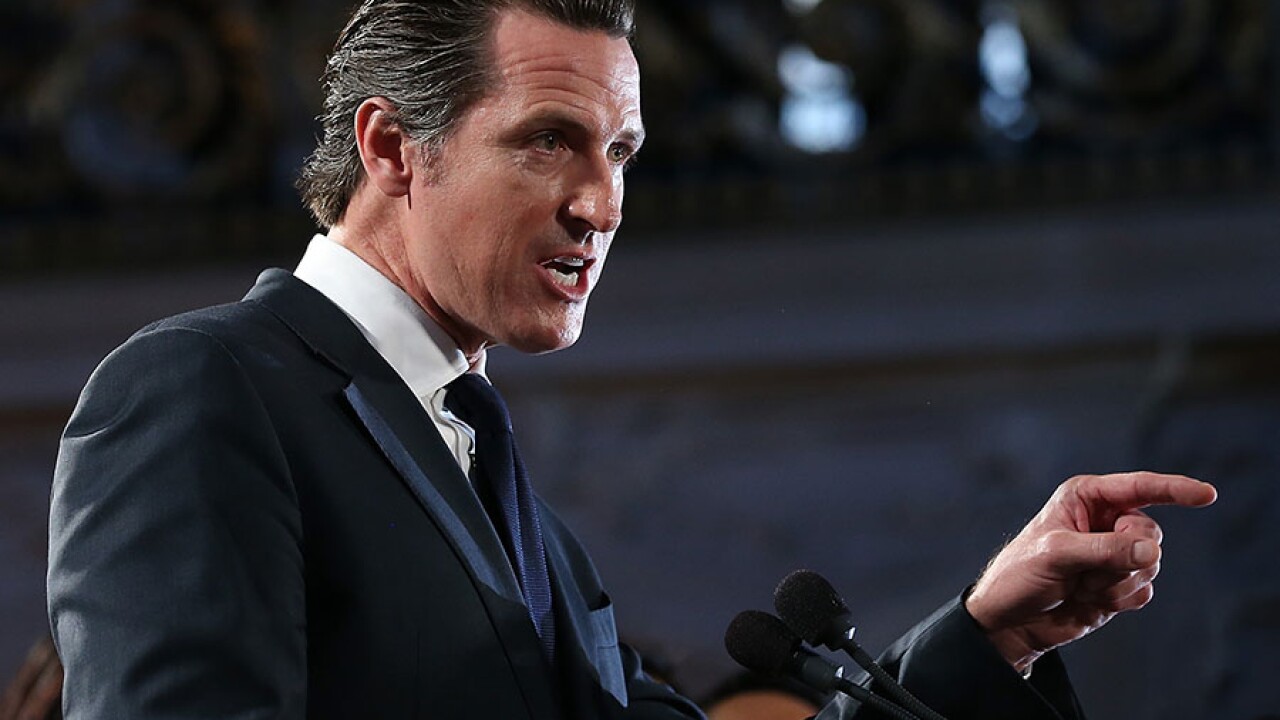 SACRAMENTO, Calif. (AP/KGTV) — California Gov. Gavin Newsom on Friday signed a law that will make the state the first to allow employers, co-workers and teachers to seek gun violence restraining orders against other people.

The bill was vetoed twice by former governor Jerry Brown, a Democrat, and goes beyond a measure that he signed allowing only law enforcement officers and immediate family members to ask judges to temporarily take away peoples' guns when they are deemed a danger to themselves or others.

They were among 15 gun-related laws Newsom approved as the state strengthens what the Brady Campaign to Prevent Gun Violence calls the nation's toughest restrictions.

"California has outperformed the rest of the nation, because of our gun safety laws, in reducing the gun murder rate substantially compared to the national reduction," Newsom said as he signed the measures surrounded by state lawmakers. "No state does it as well or comprehensively as the state of California, and we still have a long way to go."

Newsom also signed into law AB 893, which prohibits gun and ammunition sales at the Del Mar Fairgrounds. The bill was introduced by Assemblyman Todd Gloria in February. The ban is set to go into effect in 2021.

Anyone who violates the law could face a misdemeanor charge, according to the bill.

Before the law was signed, Gloria called the bill a "victory for gun sense and making our communities safer in San Diego."

“I congratulate Assemblymember Todd Gloria for getting AB 893 signed into law by Governor Newsom today. AB 893 responds to our community’s desire to stop selling guns and ammunition on state property, specifically at the Del Mar Fairgrounds," Atkins said in a release. "This bill offers tangible, real steps to keep all California residents safe by closing off another pathway for criminals to move guns from the legal market to the unregulated one.”

Gun shows have been hotly debated at the Del Mar Fairgrounds over the last year. In September 2018, the 22nd DAA's Board of Directors temporarily suspended the shows until safety policies were developed. The decision ended the Crossroads of the West gun show after nearly three decades.

“Banning a gun show on just one state owned property, but not on all is proof positive that this is discrimination based on political bias and has nothing to do with safety. We are opposed to discrimination against a group of law-abiding citizens who are simply practicing their civil rights," Schwartz wrote.