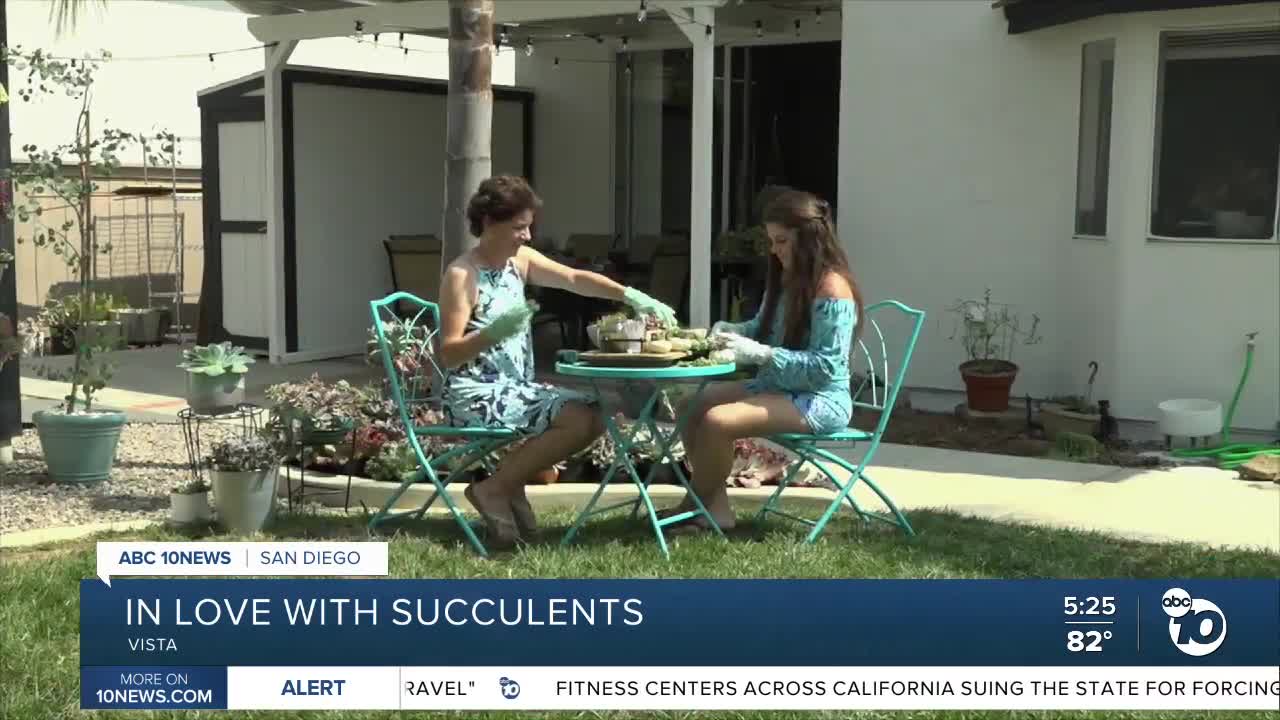 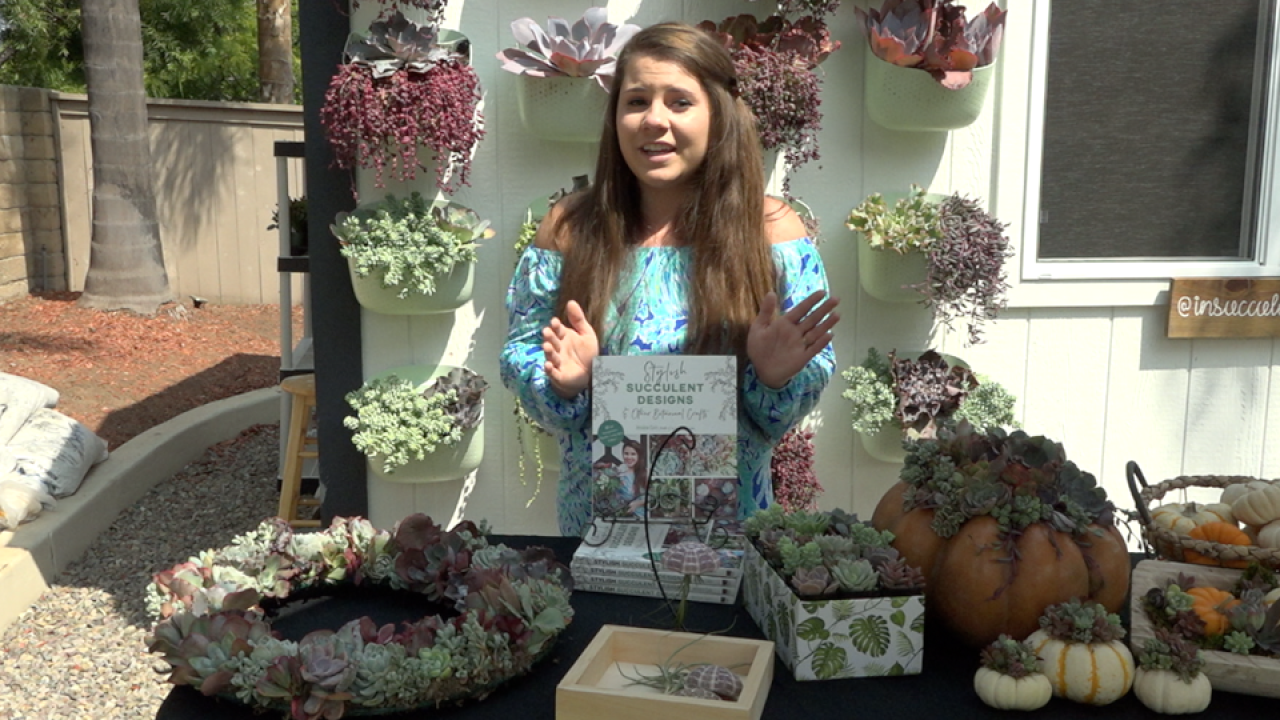 VISTA, CA (KGTV) -- San Diego is known as the succulent capital of the world, and a recent Cal State San Marcos grad is taking advantage of it. While many small businesses are struggling due to the pandemic, Jessica Cain's succulent business is flourishing. It's called "in Succulent Love", where the plant artist creates with succulent and pumpkin.

"I just kind of play around with them, arrange them, and then commit to gluing them."

And there is a good reason as to why she likes working with succulent.

"Ii found such a cool fascination to the colors, shapes, and varieties," she says.

Now when Jessica graduated from college, she thought she'd go into public relations. Little did she know that her hobby would become her career.

"I actually started creating succulent pumpkins with my grandmother every fall as a hobby. I just posted some photos on social media my first year out of college, and it just blew up."

So just a couple of years out of college and her hobby turned into an online store called "in Succulent Love. She also hosts teaching workshops, and she has even written a book titled "Stylish Succulent Designs."

"I like to call it a succulent cookbook. It's 40 different do it yourself plant projects, primarily focused on succulent, and how to create them."

Now what she did not expect was the COVID-19 pandemic. And while other businesses have struggled, hers has done just the opposite.

"That's why it's been so popular during COVID because people are wanting activities to do at home that are not necessarily puzzles and bread baking, and really creating new hobbies and memories."

Jessica is making plenty of memories in a career that she says took her by surprise.

"Ii had no idea what to expect. I just kind of say this life chose me. This succulent has just totally blossomed into this crazy dream."