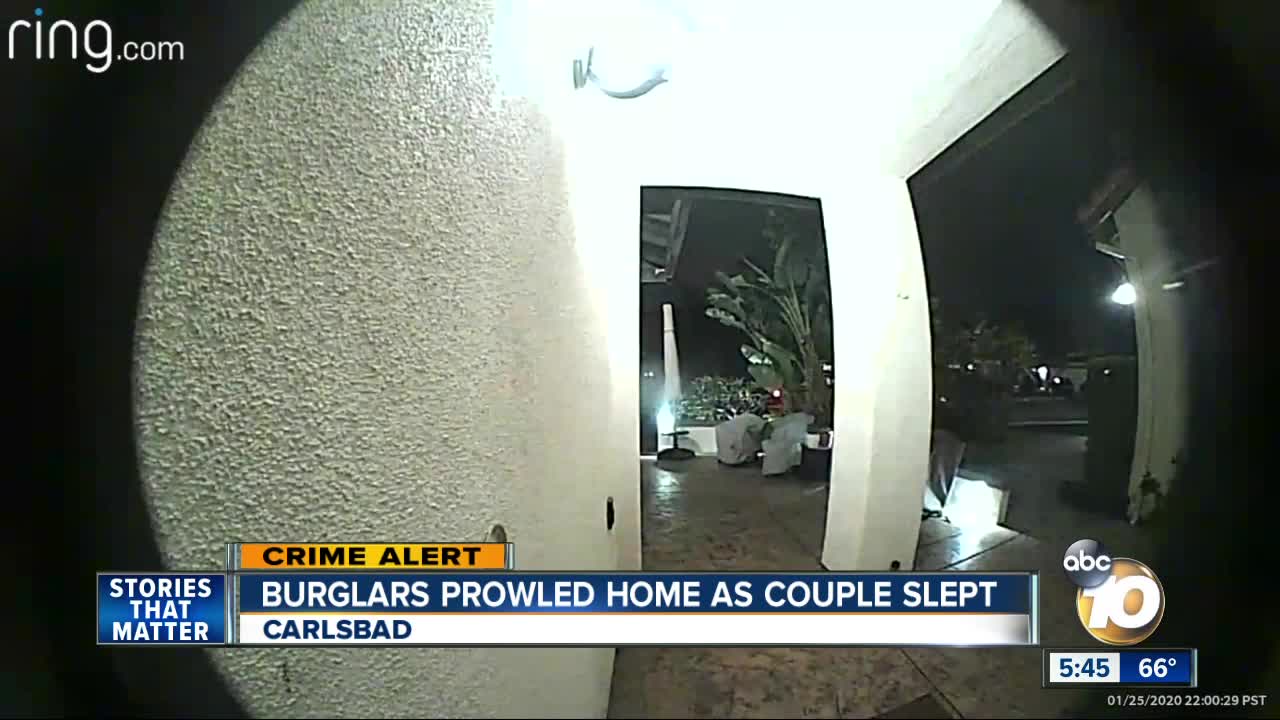 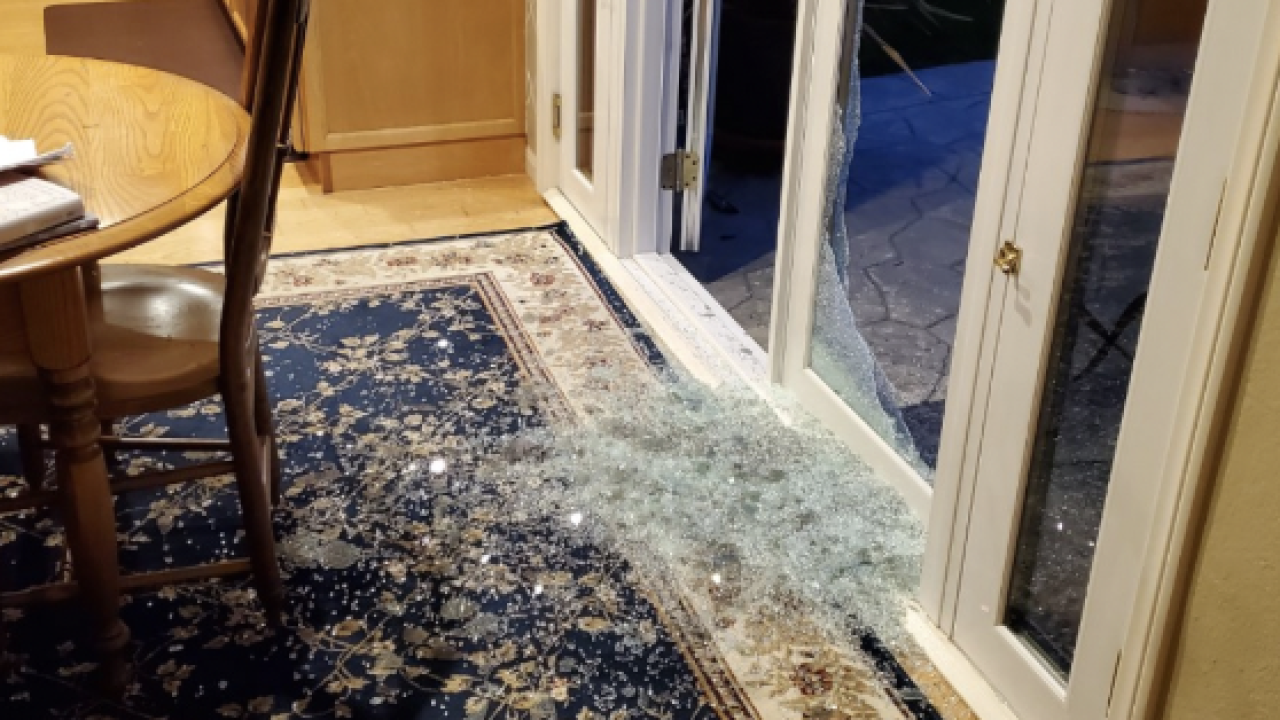 CARLSBAD, Calif. (KGTV) - Burglars targeted two different homes in Carlsbad on Saturday night, and in one case, a couple was sleeping soundly in their bed.

Just off Aviara Parkway, a sense of safety was shattered this weekend. On Saturday, after a long day, Chris and his wife - who asked us not to use their last name - got home around 7:30 p.m. and went to bed.

Chris woke up and headed downstairs around 3 a.m. Downstairs, he spied his shattered patio door. He woke his wife and together, they took a closer look.

Her purse and his wallet were missing about $80 in cash.

A neighbor's camera revealed some clues. Just before 10 pm, a shadowy figure is seen walking toward their side gate. The gate is heard being opened. About 20 minutes later, two people in hoodies emerge and head to a vehicle in the street. Chris was hit with the realization: as he and his wife slept, the burglars were stealing inside.

"It's frightening. It could have been a tragic situation," said Chris.

Less than a mile away and about an hour later, police responded to another break-in. The residents were out of town.

"The burglars went in and made a bigger mess in terms of the things they took. It's really unnerving," said neighbor Tom Krzysik.

Chris has installed a new slate of a security measures, but he believes a small detail could have made a big difference in preventing the crime. Police told Chris the break-ins had one thing in common: Amazon packages left at the door of a dark home.

"That's the signature these burglars are looking for ... maybe no one's home since there are Amazon packages being left at the door," said Chris.

According to the Amazon site, delivery drivers won't knock or ring the doorbell after 8 p.m., which is when Chris' package arrived, without a knock. Chris believes customers should be given the option of having a knock no matter the hour, and plans to contact Amazon.