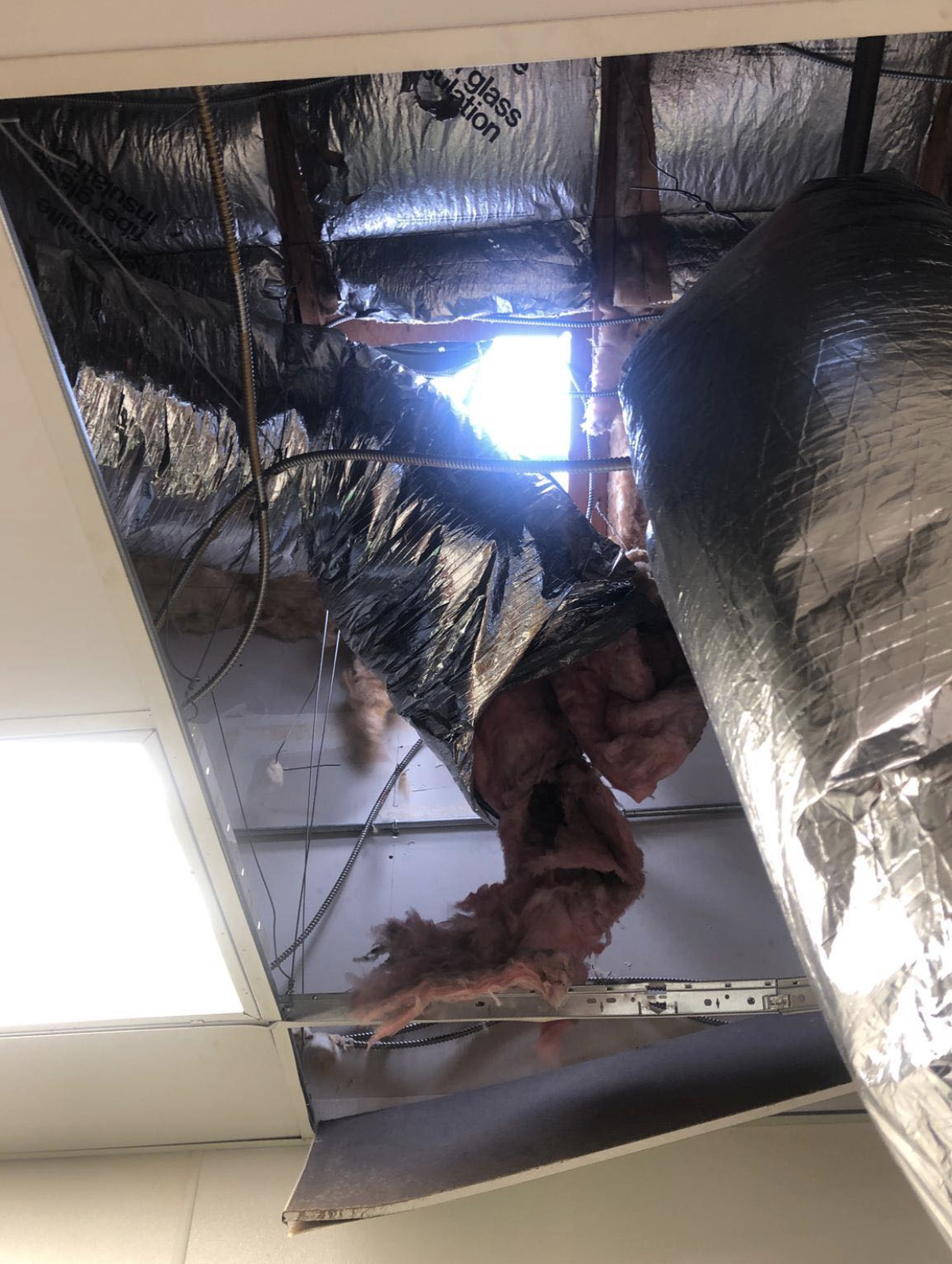 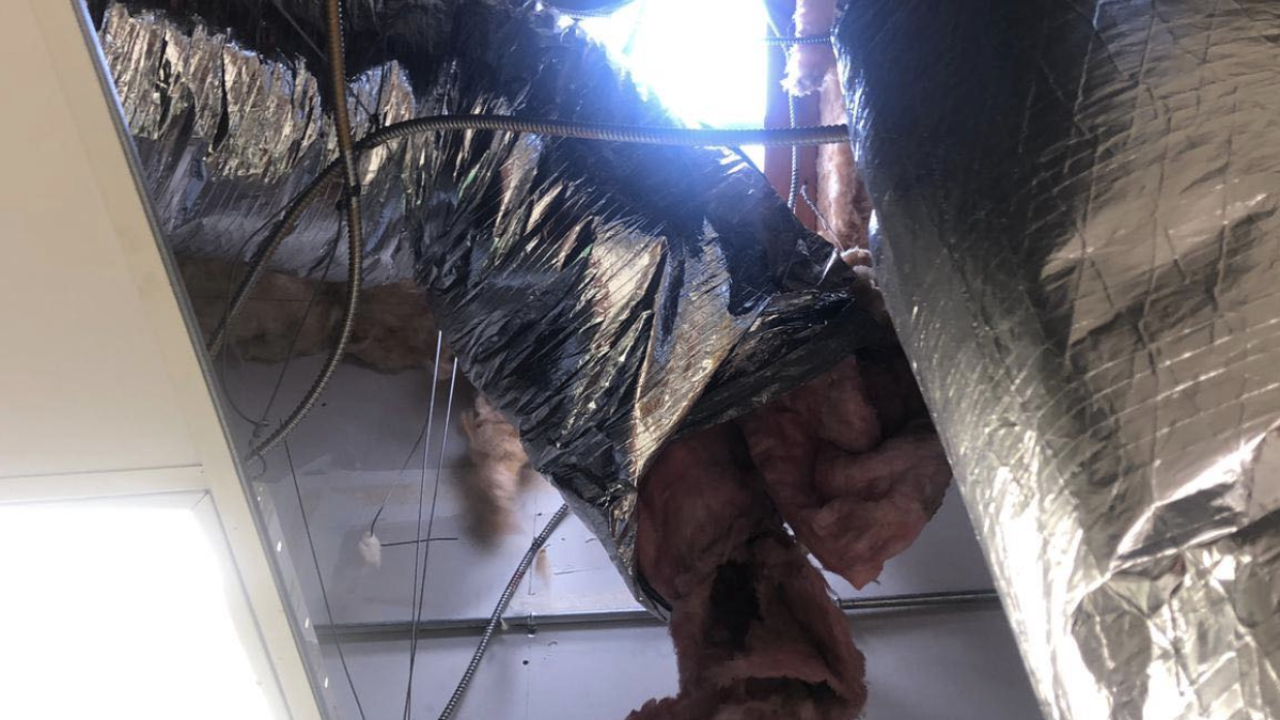 CHULA VISTA (KGTV) - Caught on video: a messy and risky scene in a South Bay restaurant, as a burglar drops in from the ceiling.

On Monday just before 1:30 a.m., inside Burros & Fries on Telegraph Canyon Road, parts of an air conditioner are recorded falling to the ground from the ceiling. Moments later, surveillance video captures a leg descending from the ceiling, and then the rest of the burglar wearing a Charger jacket, who eventually falls to the floor.

Sanchez says he echoed the thoughts of his staff when they opened up Monday. Hours before, video recorded that plunge to the floor and foray into the restaurant. None of the cash drawers contained any money.

"Didn't seem like he took anything but there was damage," said Sanchez.

The damage was up above, several thousand dollars worth, after the intruder opened up a vent in the roof and kicked his way down.

"Just couldn't believe someone would do this, especially during the times we are all going through," said Sanchez.

Like so many other restaurants, this Burros & Fries has been struggling during the pandemic, with business down more than 40%. Despite the pain, the restaurant has become known for its giving, donating food to medical workers at three different hospitals in the last month.

"This pandemic has brought the community together. We are all in this together. Unfortunately, this has happened," said Sanchez.

The restaurant was able to make enough repairs to open for dine in service on Friday.

Anyone with information on the case is asked to call Chula Vista Police at 619-422-TIPS.