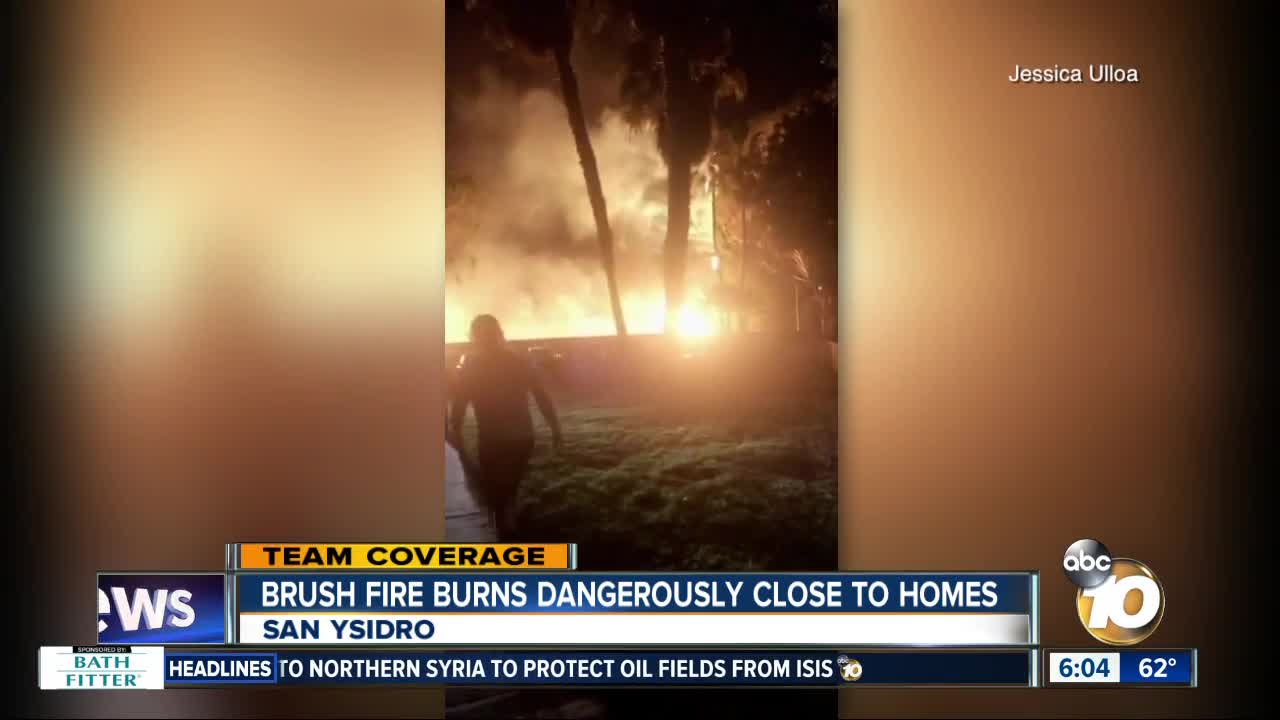 Some residents at a San Ysidro apartment complex were forced to evacuate after a brush fire broke out near the building.

The fire was reported shortly before 1 a.m. near an apartment building in the 1300 block of W. San Ysidro Boulevard, according to San Diego Fire-Rescue Department officials.

As flames approached several apartment units, authorities advised residents in those homes to leave as a precaution.

Firefighters were able to put out the blaze after it burned just under 100 feet of trees and brush.