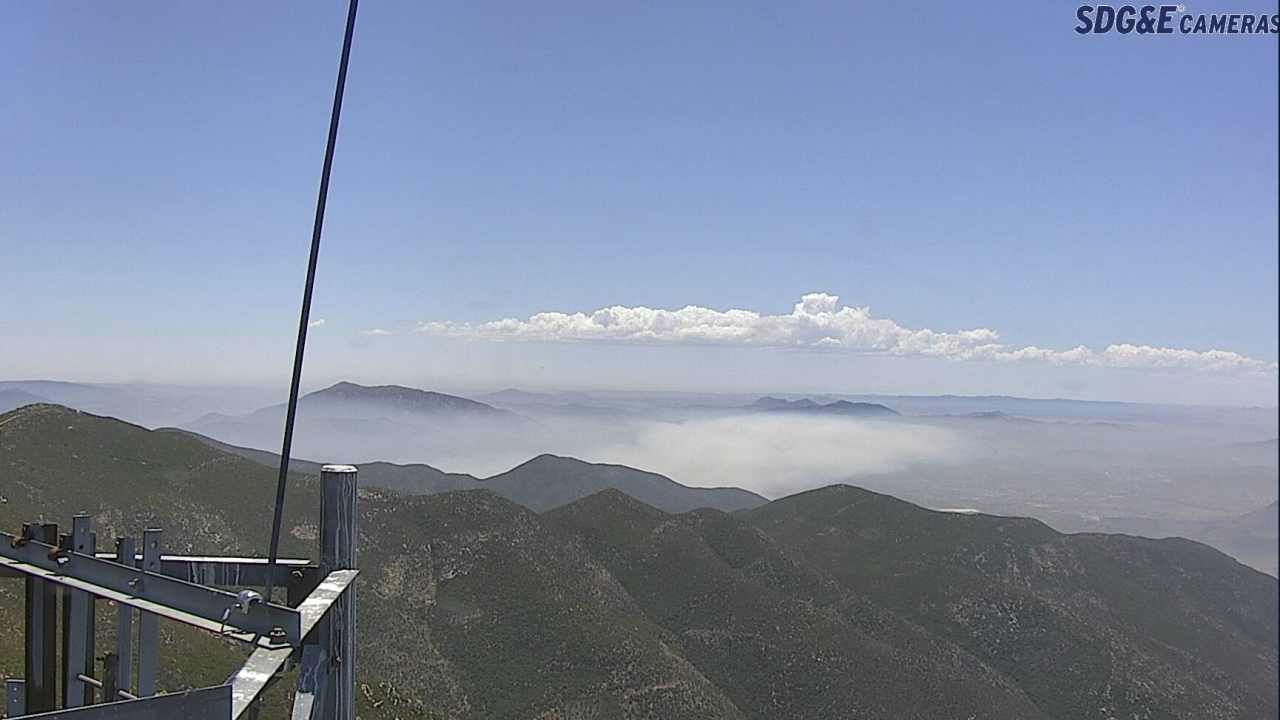 The flames broke out after 11 a.m. near the Cottonwood Creek area off SR-94, not far from Barrett Junction.

The fire has a moderate rate of spread and was burning light brush, Cal Fire confirmed to 10News.

There is no immediate threat to structures, officials said.

Images from an SDG&E camera appeared to show heavy smoke over the area.

East County is under an Excessive Heat Warning due to high pressure. Fire danger is also high through the weekend due to the threat of dry lightning, according to 10News meteorologist Megan Parry.

Cal Fire has not determined the cause of the brush fire.