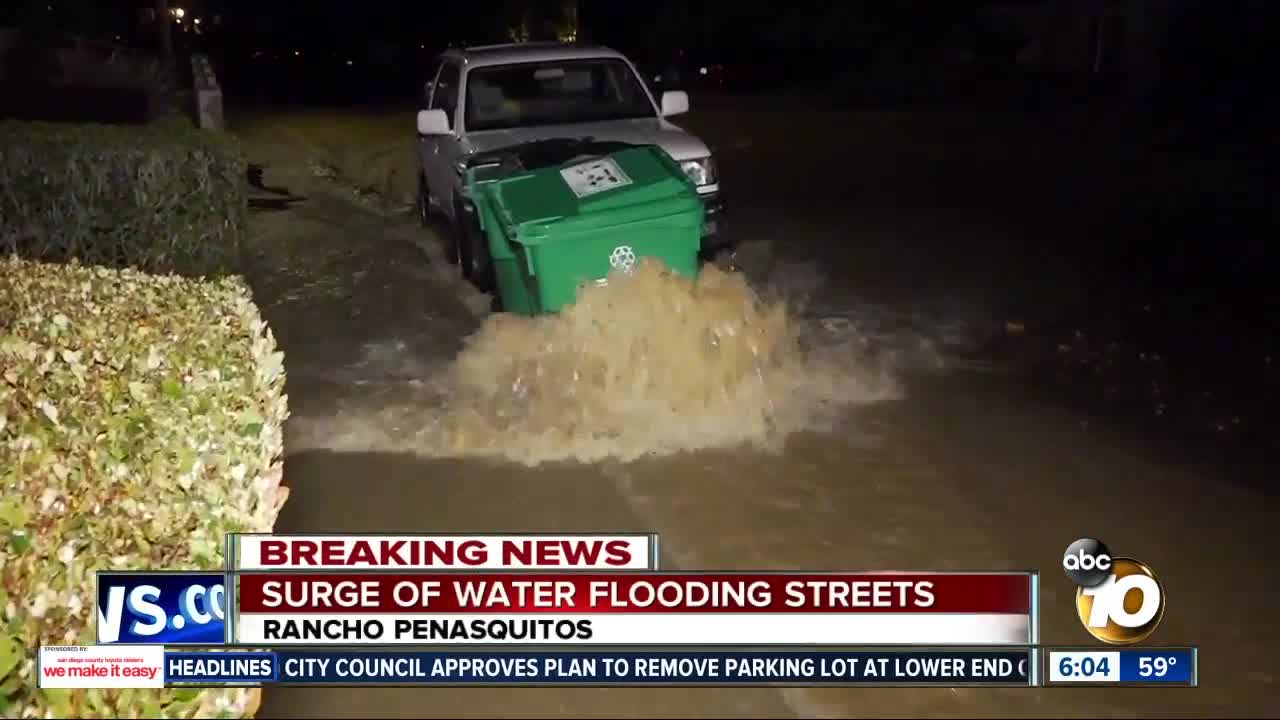 City crews are trying to determine what caused water to rush down a Rancho Penasquitos street early Tuesday morning.

SAN DIEGO (KGTV) – Residents in a Rancho Peñasquitos neighborhood woke up Tuesday morning to water rushing down their street due to a water main break.

The subsequent flooding was reported at around 4:40 a.m. Responding city crews were able to shut the water off by 5:20 a.m.

City officials said the cause of the break was not immediately known but confirmed the pipeline connects to a water pump station.

While no customers were left without service due to the break, officials noted that some customers may notice low water pressure as crews work to repair the broken pipe.

City officials were uncertain when repairs would be finished.