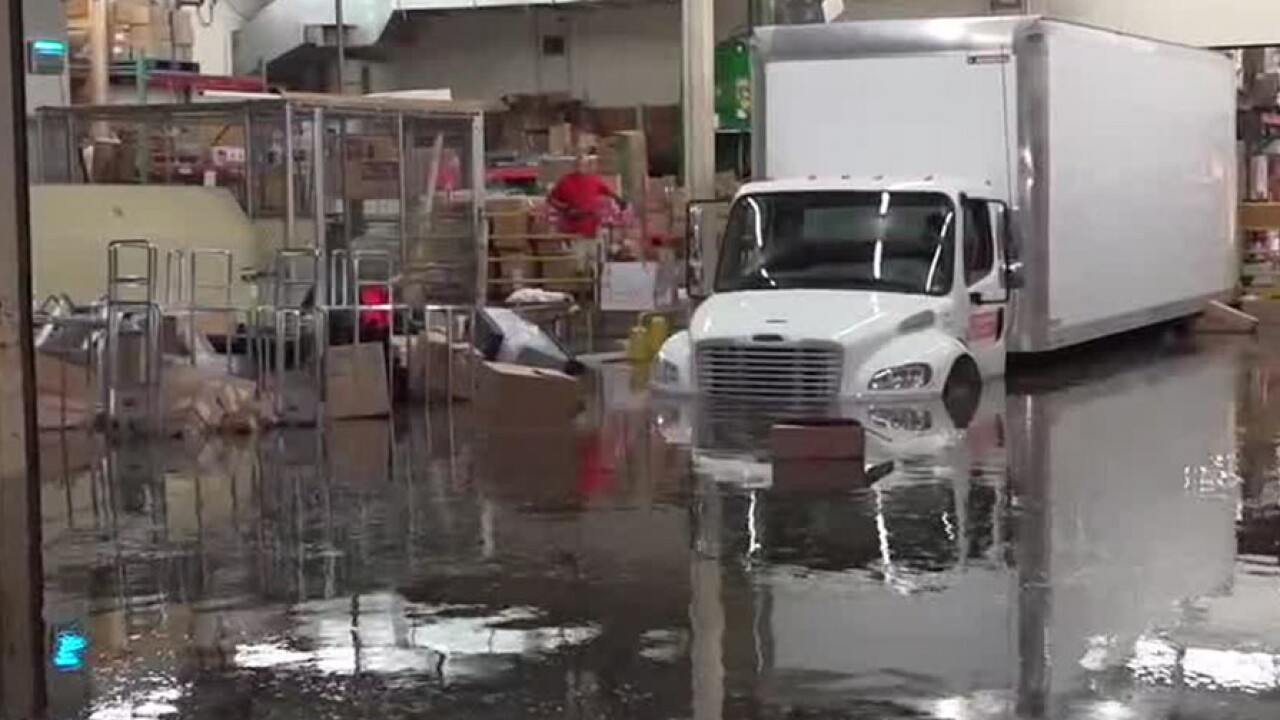 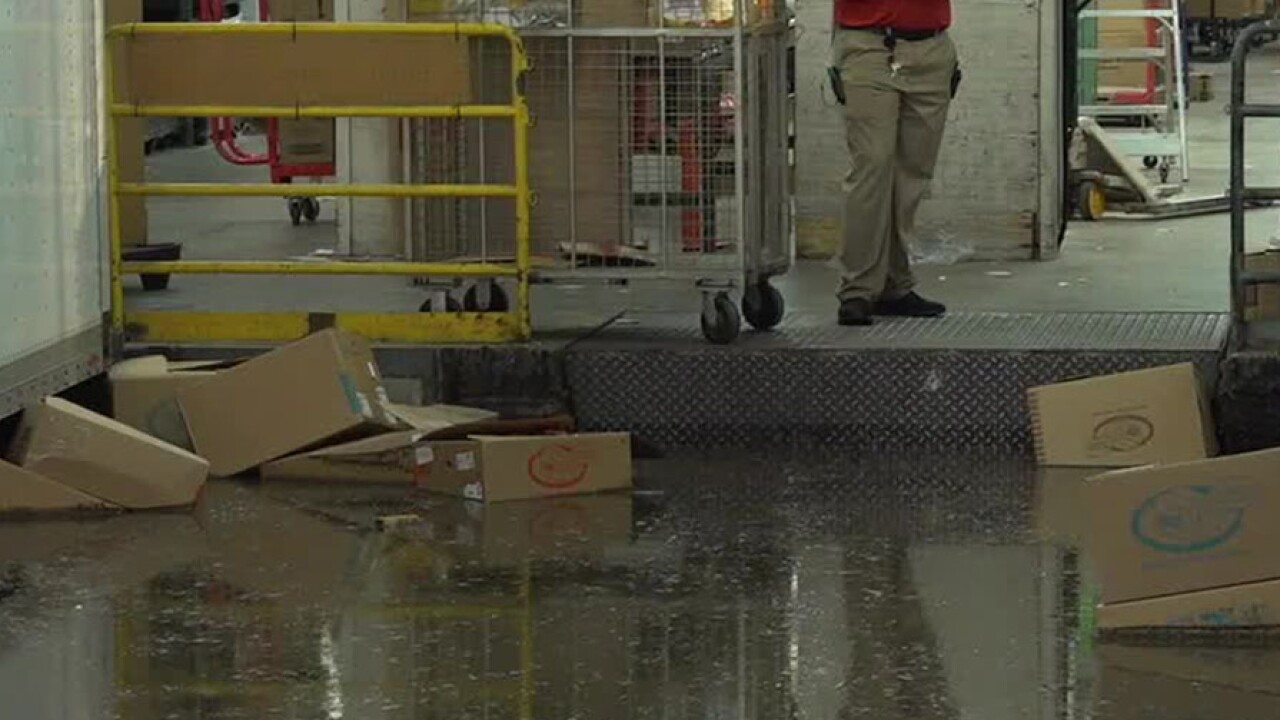 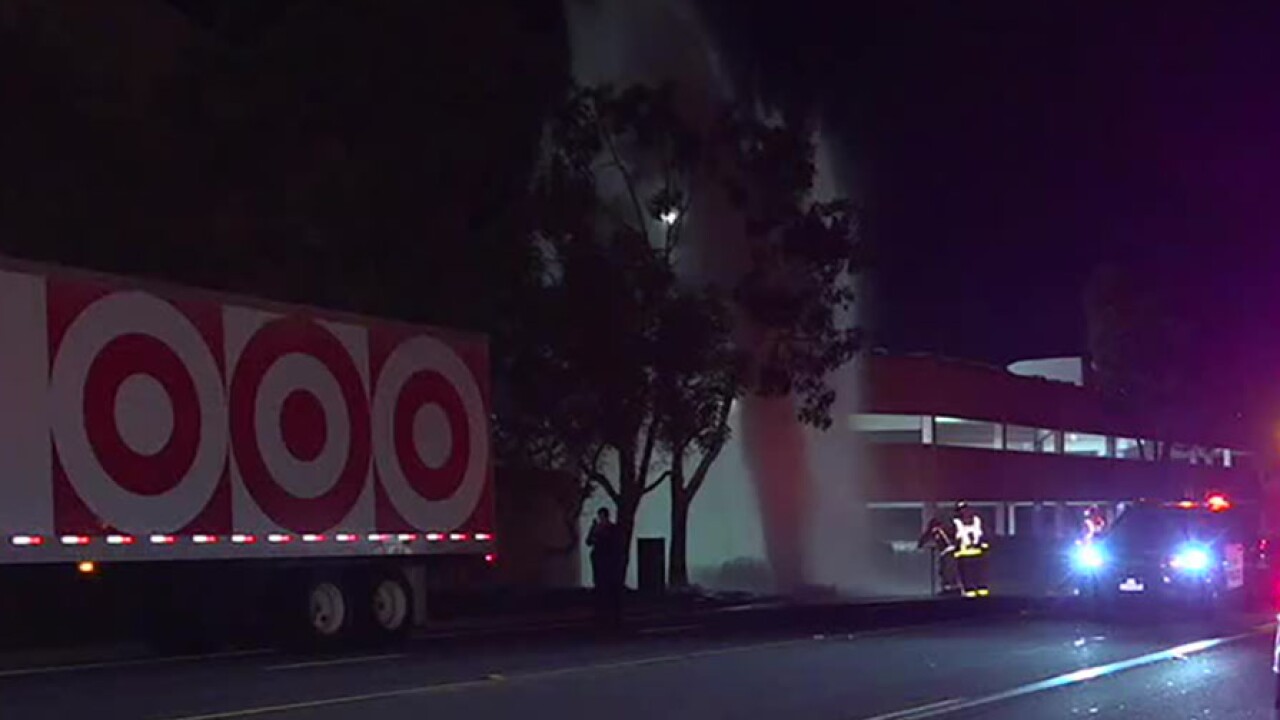 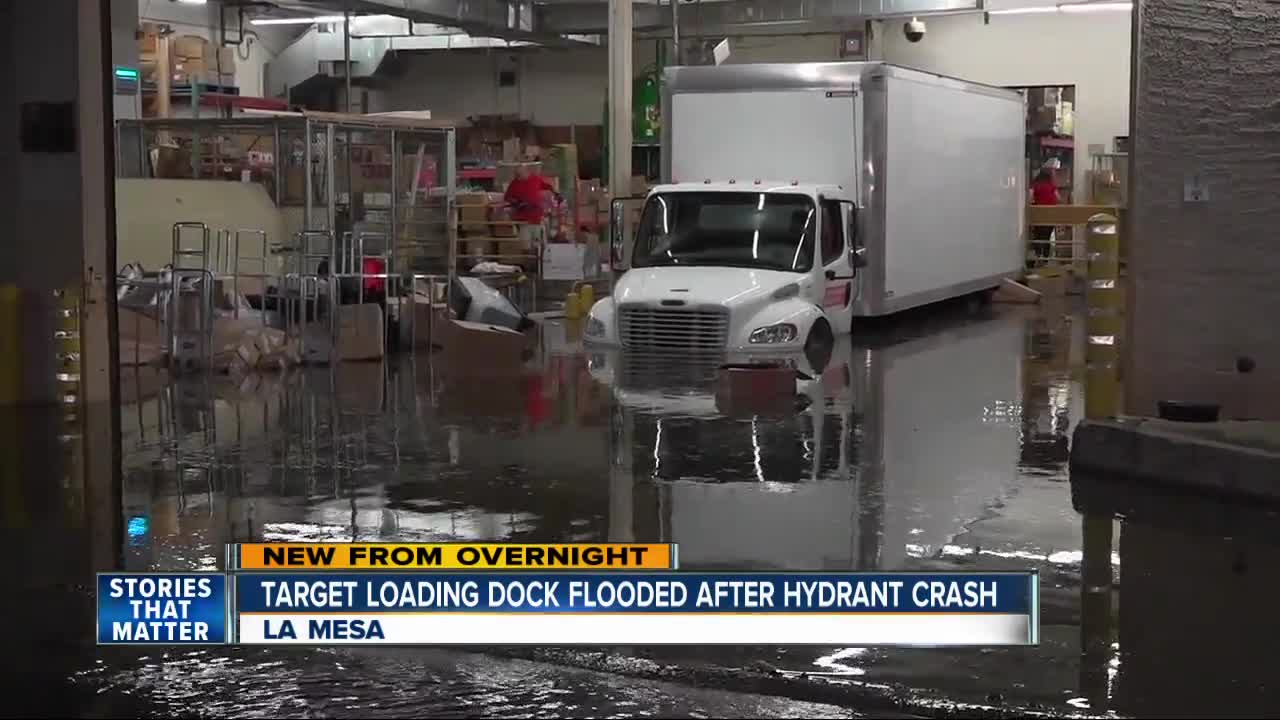 Authorities told 10News a Target truck was leaving the back area of the store at around 1 a.m. when it knocked over a hydrant while making a right turn off Center Drive in Grossmont Center.

The ensuing geyser from the hydrant flooded the loading dock with at least three feet of water.

The water soaked numerous boxes and submerged a box truck inside, but 10News learned the damaged boxes were not customers' items.

It took about 15 minutes for city water crews to shut the geyser off, and crews are expected to spend several hours pumping out the water from the dock.