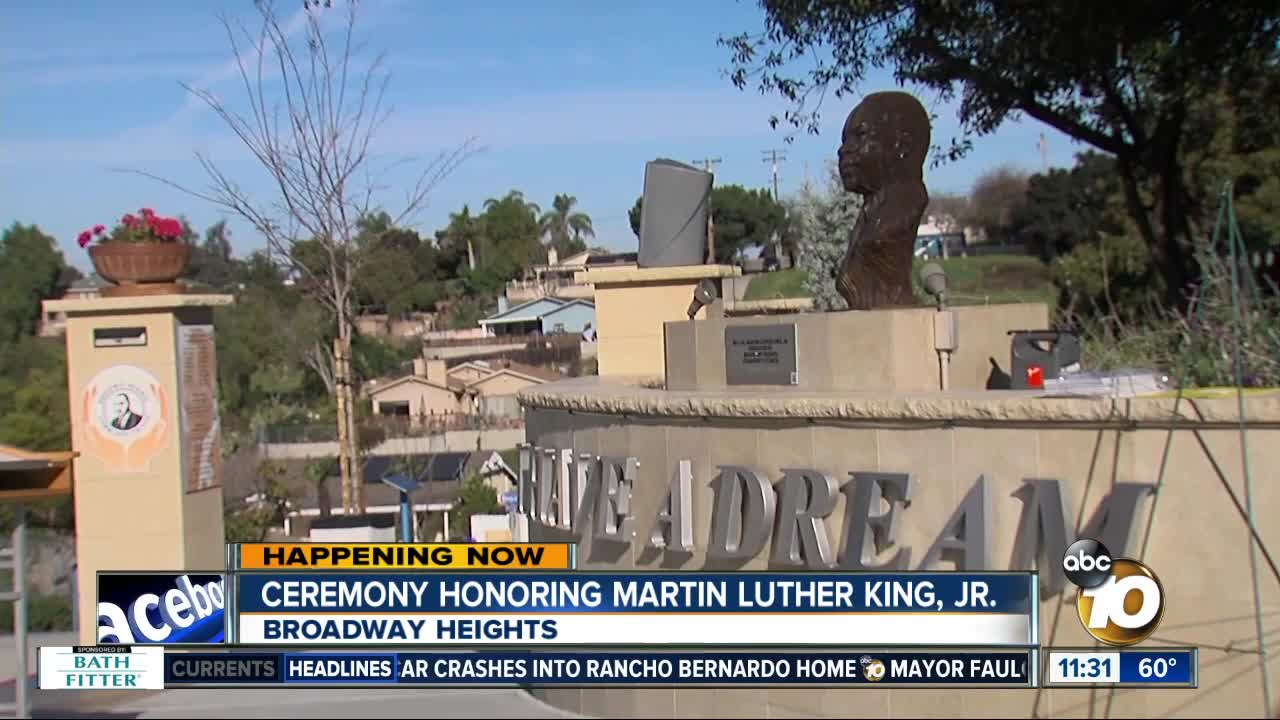 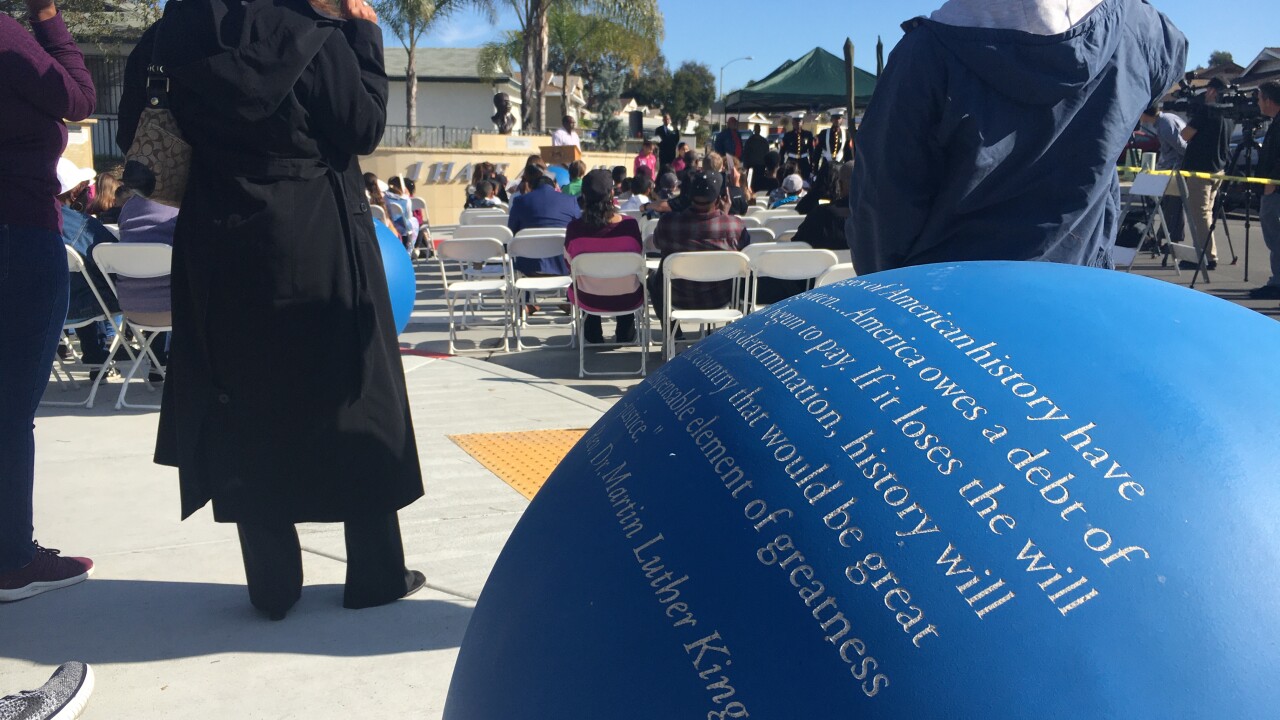 Although the nation observes his birthday on the third Monday every January, Wednesday, January 15, would be Dr. Martin Luther King Jr.’s 91st birthday.

In 2007, a group of residents from the Broadway Heights community went on a 16-day tour of civil rights locations across America. When they came back home, they were disappointed that they did not have a street named after Dr. King.

For the next 12 years, they worked with the City of San Diego to make it happen. Last February, San Diego City Council members voted 8-0 to rename Westin Street to Dr. Martin Luther King Jr. Way.

But it is not just any street -- the entire block was transformed into a "Smart Promenade."

"It's 53 barcodes on the side as you view the site. You will see the white bar code, and they will take you to websites of the individual that you are viewing," said Robert Robinson, president of the Broadway Heights Neighborhood Council.

Since the unveiling of the Promenade, Wednesday was the first annual MLK Jr. "Laying of the Wreath" ceremony. Local elementary school students were invited to take part in the outdoor assembly, which included an oration of the famous "I Have a Dream" speech.

Neighborhood leaders said they want Dr. King's legacy to continue long after they are gone.

"I want them to be happy and rejoice this legacy about Dr. King and continue to think about civil rights and human rights, that we all matter and that we are all equal," Robinson said.

The organization has partnered with the San Diego Unified School District to have students come to the site on field trips for the rest of the month.