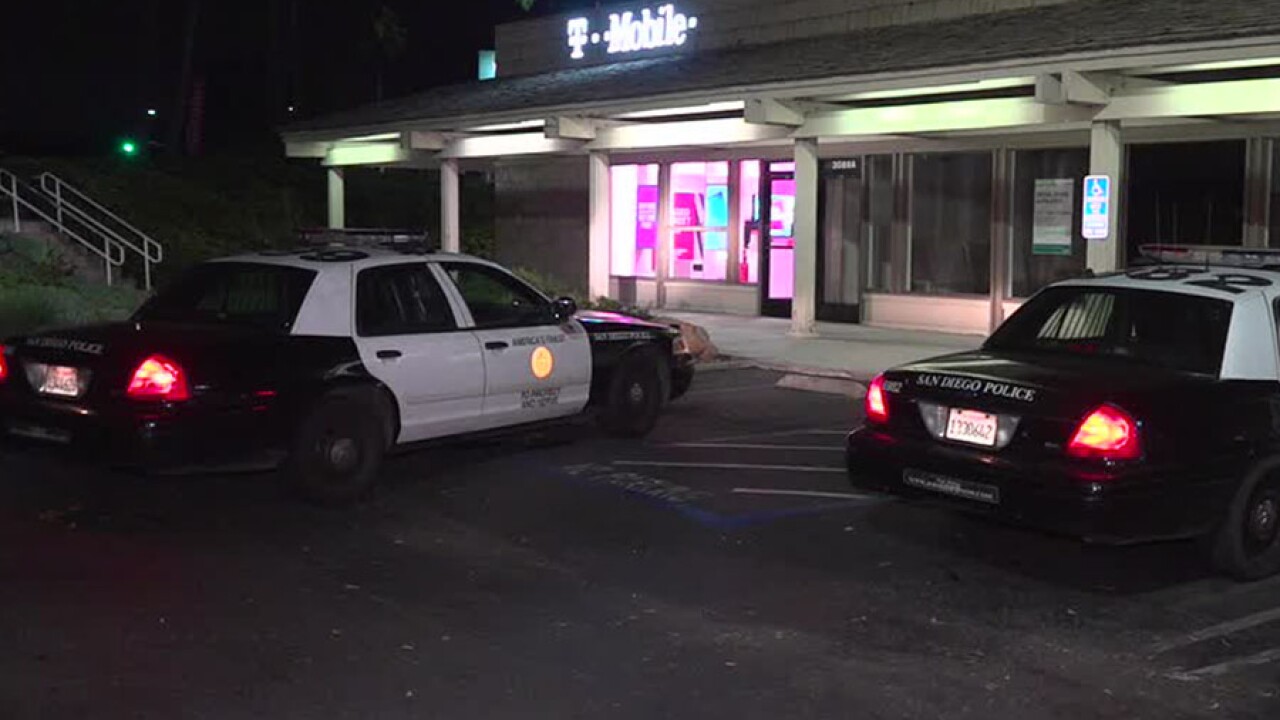 At around 4:20 a.m. Tuesday, San Diego police officers were called to the T-Mobile store at 3089 Clairemont Dr. in Bay Park in response to a burglary.

Responding officers found glass from a back door to the business had been smashed, possibly by a rock. The burglars left with unknown items.

In the San Carlos break-in, the store’s manager told 10News a burglar professionally cut glass on the door and was in and out of the business in about a minute. The thief took off with several iPhones.

The San Carlos store manager said the burglar was seen on surveillance camera wearing long sleeves, a mask and a hat.

In La Jolla, employees at the At&T store could not say how much merchandise was taken.

Additionally, the manager of the Bay Park T-Mobile store said the burglars may be more identifiable on the store’s surveillance video.

With the investigation into the three burglaries in the beginning stages, police have not determined if the break-ins are somehow linked.