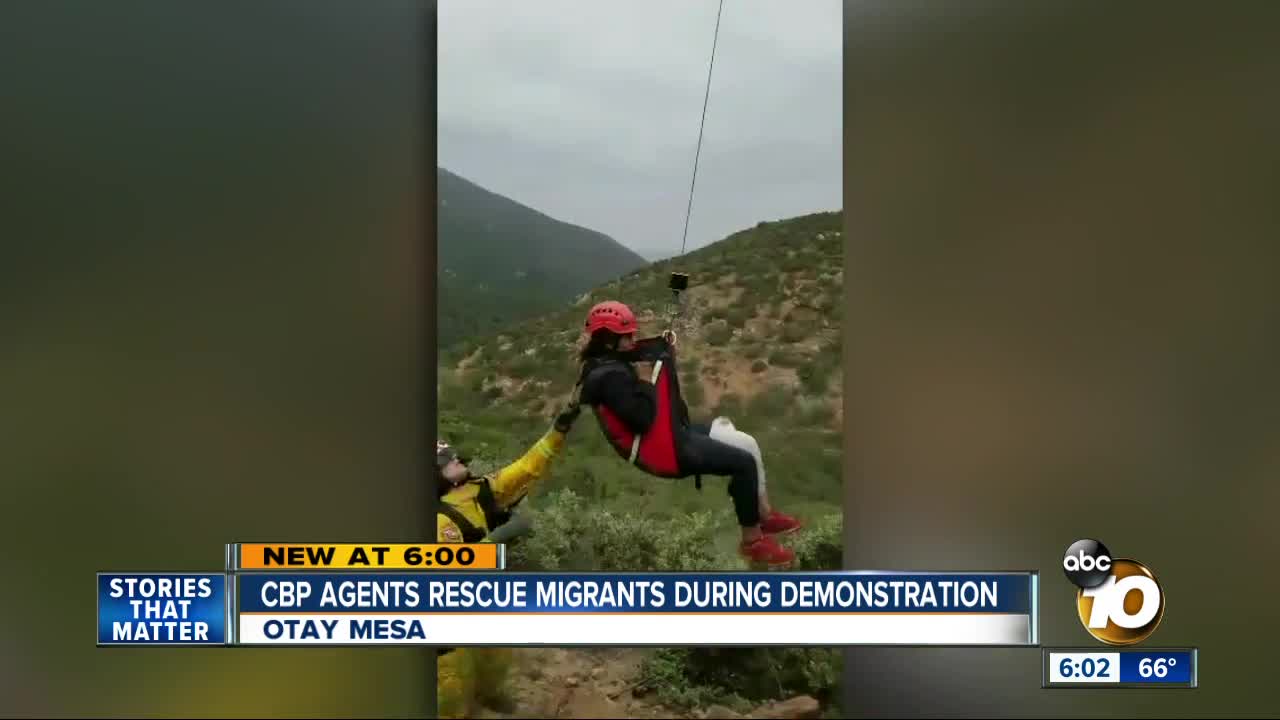 Border Patrol is gearing up for what they anticipate to be a busy summer of illegal border crossings.

SAN DIEGO (KGTV) — Border Patrol is gearing up for what they anticipate to be a busy summer of illegal border crossings.

The agency showcased its tools and tactics Tuesday at a site near the former border wall prototypes.

Five migrants suspected of crossing illegally were rescued by Border Patrol several miles east of where the demonstration was occurring in the Otay mountains.

Border Patrol says a member of the group called 911 early Tuesday morning after they ran out of food and water.

One of the people from the group had to be airlifted because of a leg injury.

Customs and Border Protection says they detain 170 people a day trying to illegal cross the border in San Diego sector.

CBP adds with more the secondary wall project being completed, people are crossing in more remote areas and putting themselves in more dangerous situations.

“A lot of the people we’re encountering are surrendering themselves agents,” said Justin Castrejon with Border Patrol.

Agents are certified through the state of California to respond in medical capacity similar to EMT’s.