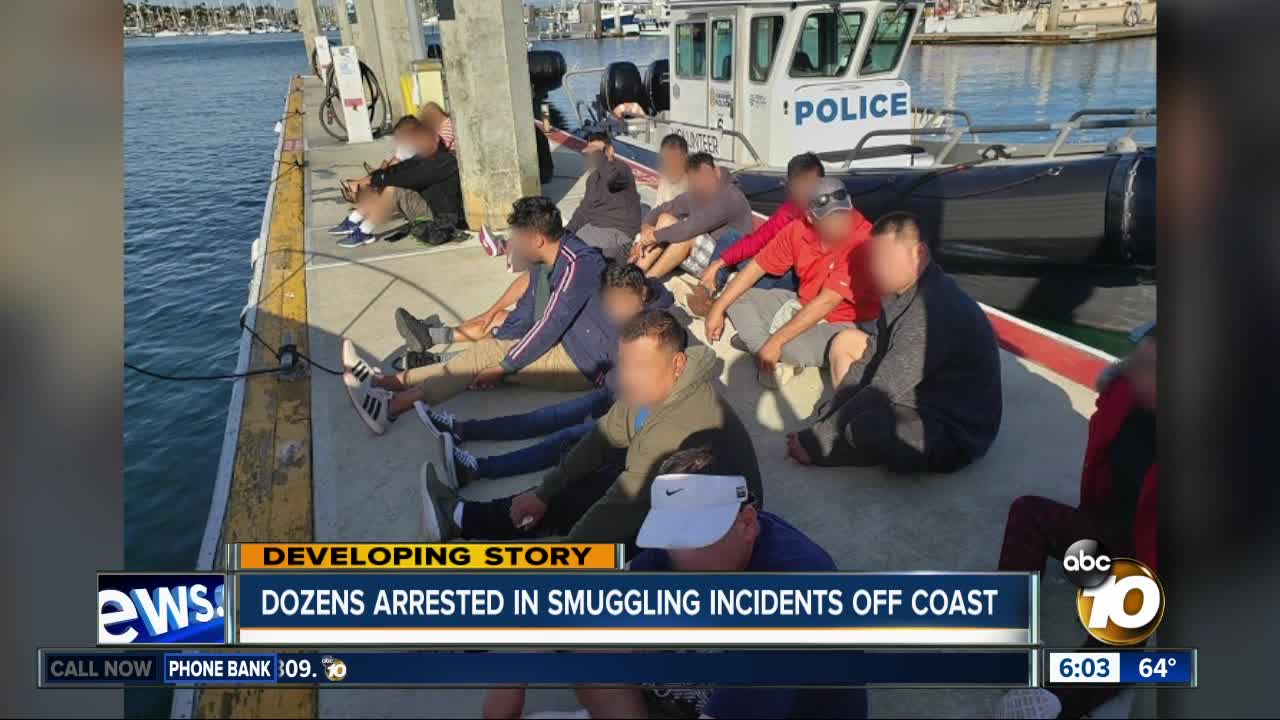 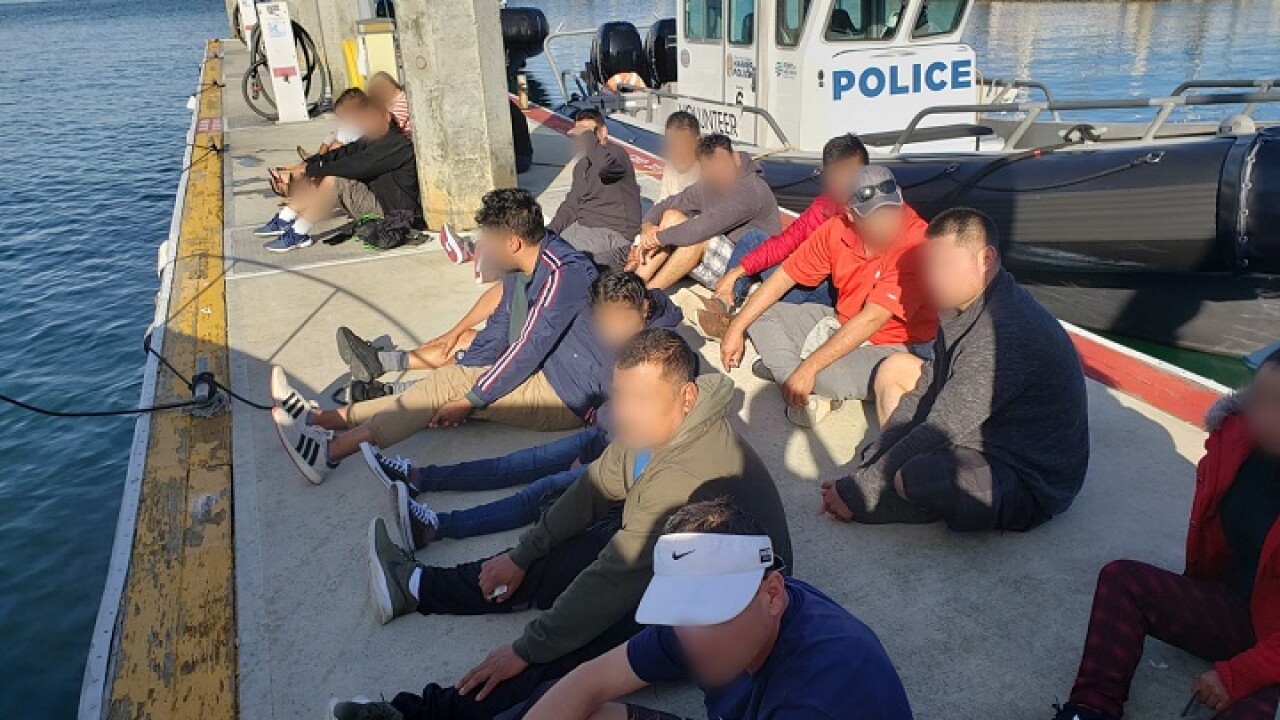 The first boat was spotted around 11:15 a.m. on Sunday by a Department of Homeland Security aircraft. Less than an hour later, U.S. Customs and Border Protection’s (CBP) Air and Marine Operations agents were able to stop the vessel about one-mile southeast of Point Loma.

Twenty-one people were arrested, including four who are alleged smugglers — two of which are U.S. citizens. The remaining 17 people on board were Mexican nationals. CBP officials say they admitted to being in the U.S. illegally.

“Being out in very stormy water it's extremely dangerous,” said Border Patrol Agent Jarrett Decker. “If that boat would have capsized or anything like that, it would have been a more significant rescue.”

According to Decker, none of the 21 people on board were wearing life vests.

“It's always a rescue first,” he said. “So we always take our law enforcement hat off and put our humanitarian hat on.”

At 12:02 a.m. on Dec. 2, a panga boat was spotted near Trestles Beach in San Clemente. Once the boat made it to shore, 14 people began running from Border Patrol agents. Thirteen people were captured, but one got away. Eleven of the arrested were Mexican nationals and two were Chinese Nationals.

All 34 people arrested are currently in DHS custody.

Decker said criminal smuggling is extremely profitable and smugglers will always find a way in.

According to data, maritime smuggling arrested were up between fiscal years 2018 and 2019:

Anyone who believes they've witnessed suspicious maritime activity can report an incident at 1-800-854-9834.